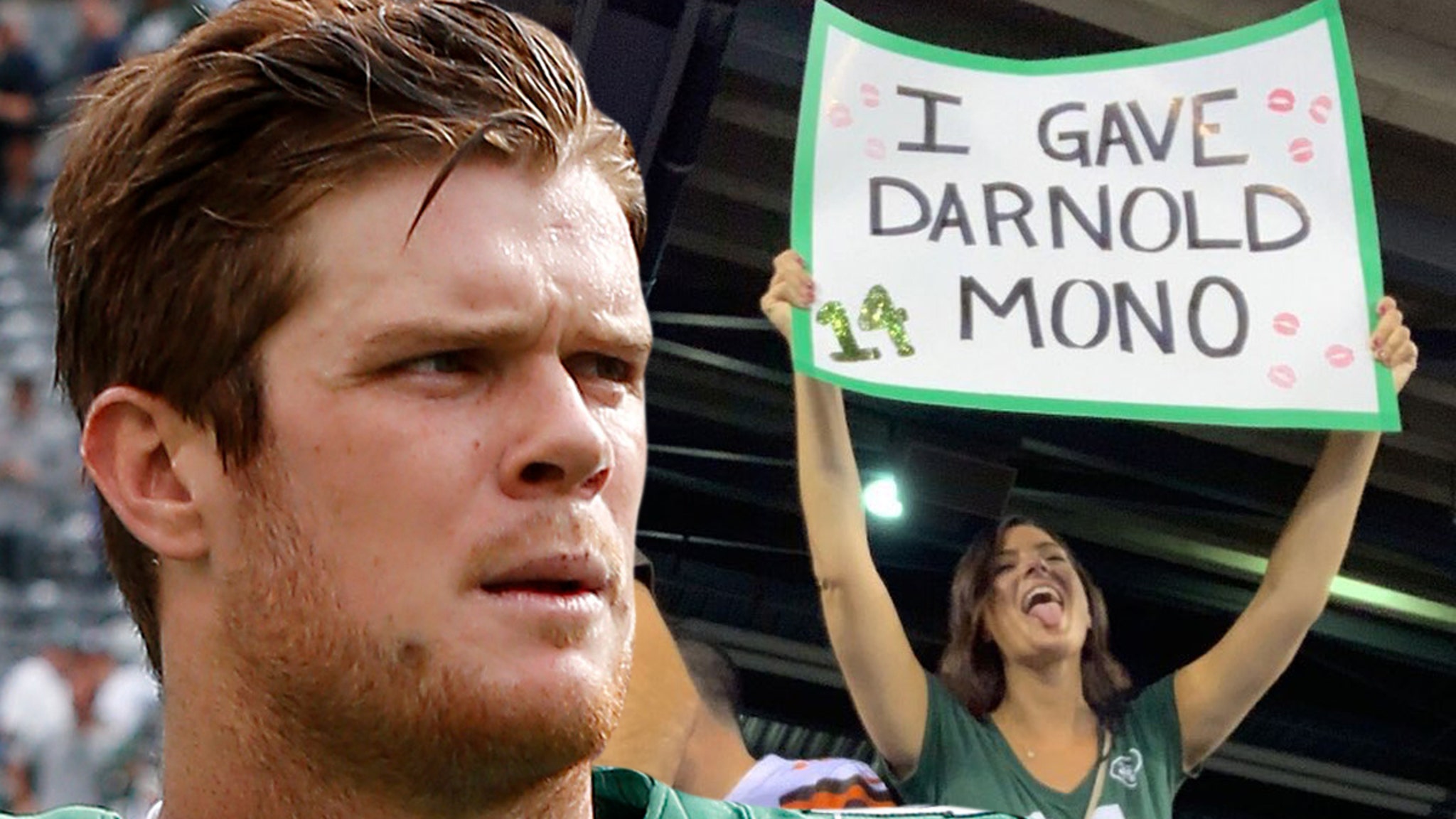 You know that hot chick who says she gave Sam Darnold mono?? The NY Jets QB is setting the record straight — saying he’s never met the woman in his life, let alone swapped spit with her!!

You’ve seen the pic by now … a v attractive Jets fan made light of Darnold having the kissing disease during NY’s Monday Night Football match-up with the Browns … holding up a sign that read “I gave Darnold mono.”

Of course, for obvious reasons, the claim didn’t seem so far-fetched … so everyone had fun with it.

But Darnold just *had* to play the role of party pooper on Tuesday … addressing the viral girl’s claim on the Michael Kaye Show on ESPN.

“I know there was a sign also at the game that some girl claims she gave it to me … I’ve never seen that girl in my life. So, I’d just like to set the record straight on that.”

FWIW — TMZ Sports spoke with the woman (who agreed to speak on the condition of anonymity) … and she says it was all a joke, too … so case closed.

We’re just gonna pretend neither side ever said anything. It’s much more fun that way.