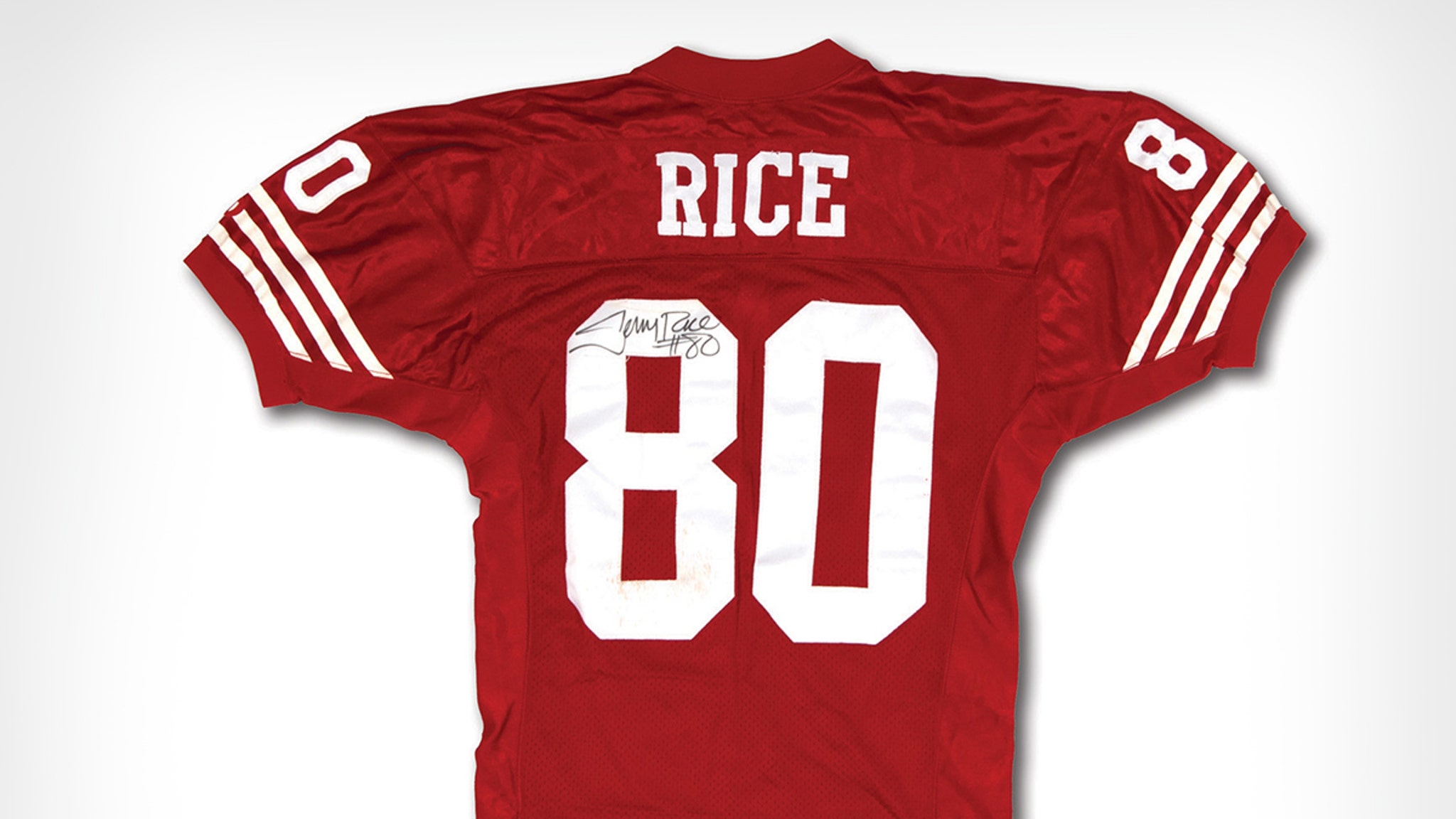 Wanna own the jersey Jerry Rice was wearing when he caught his last touchdown from Joe Montana ever???

TMZ Sports has learned the threads the G.O.A.T. was wearing for the Niners’ 1991 playoff game against the Redskins — the same game where he caught his last score from Joe Cool ever — is hitting the auction block.

The jersey is awesome … it’s the old-school, red uni — photo matched by SCP Auctions — with a perfect Rice signature in the upper portion of the No. 8.

It’s also an incredible piece of history considering that Montana and Rice combined for 67 TDs to each other — tied for sixth ALL-TIME most.

We’re told the jersey is expected to fetch $25,000 … with bidding set to begin soon.