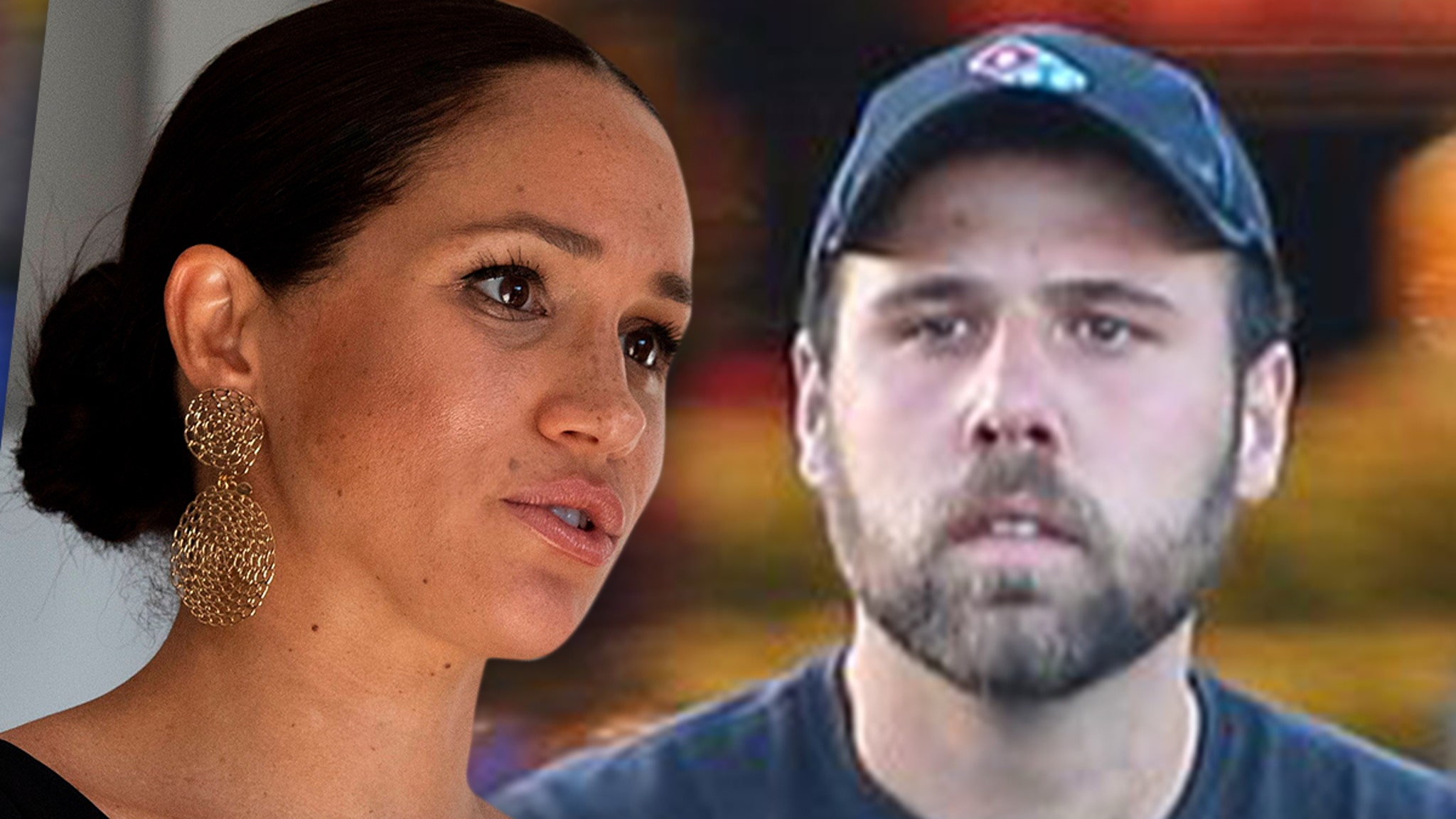 Meghan Markle‘s nephew — who made repeated attempts to cash in on her royal fame with the help of some weed — was arrested in Hollywood for causing a scene in nothing but a tiny towel.

Our sources say when officers approached Thomas, he defiantly began walking away, so they tried to detain him. We’re told he was taken to the ground and subdued.

That would be it … it probably wouldn’t amount to much more than a misdemeanor, except for the fact an officer injured his knee during the takedown. That elevated things to felony status, so Dooley was booked for felony resisting arrest.

Cops say he was unsurprisingly under the influence of drugs.

Dooley is the son of Meghan’s half-brother, Thomas Markle Jr. … and recently unveiled a new pot strain called “Archie Sparkie” to celebrate the birth of Meghan and Harry‘s new bundle.