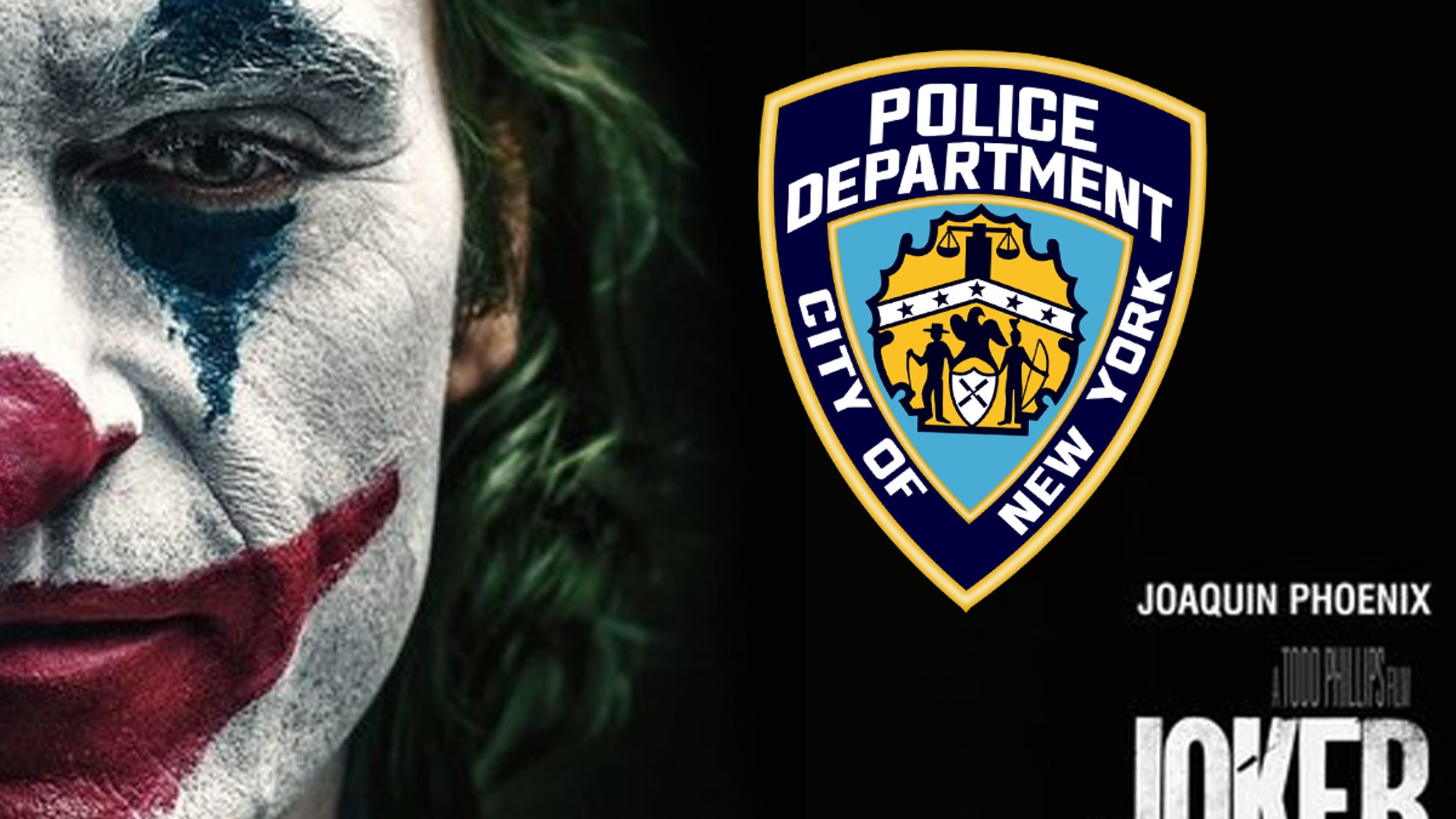 Moviegoers in NYC will notice a hefty police presence when they go see “Joker” on opening weekend … cause the NYPD’s not taking any chances on someone acting out.

Law enforcement sources tell TMZ …  the NYPD doesn’t want a copycat crime of what went down in Aurora, Colorado 7 years ago and is taking a “precautionary measure” by dispatching uniformed police officers to every theater across NYC screening the film.

We’re told officers will be patrolling in front of theater entrances, though the public should be aware police have not received any specific “credible threats” to the Todd Phillips film starring Joaquin Phoenix as the Joker.

As we reported … family members of some of the victims of the 2012 Aurora shooting during “The Dark Knight Rises” sent a letter to Warner Bros. expressing their concerns with the movie. The Century Aurora and XD — the remodeled venue where the 2012 shooting took place — will not be showing “Joker” at all.

What’s more … Landmark Theaters across 27 markets in the U.S. will ban costumes, face painting or cosplay of any sort.

For what it’s worth … the LAPD is also taking precautionary measures and will reportedly increase visibility at theaters screening the film. LAPD brass also says there’s no credible threat in connection to the film, which chronicles the DC villain’s dark origin.