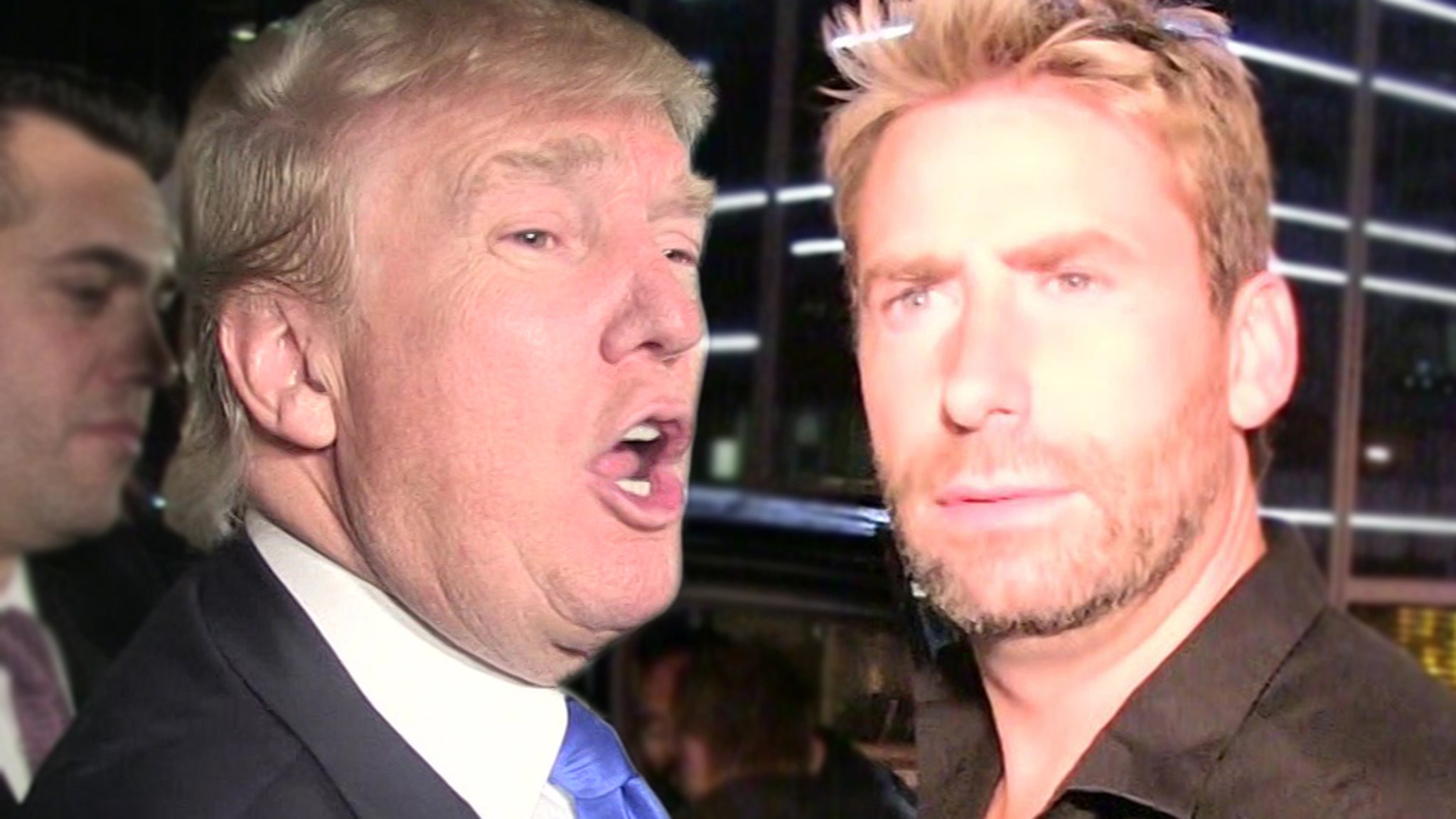 Donald Trump‘s video aimed at taking down Joe Biden by using a meme inspired by a Nickelback song has been taken down … seemingly because the band made a copyright infringement claim.

In case you missed it, in the midst of the President’s Twitter rampage Wednesday, he posted a video of Biden claiming he’s never talked to his son, Hunter, about his overseas business dealings … which then transitions into an edit of Nickelback’s music video for its 2005 single, “Photograph.”

The memeing involves replacing the photo in the music vid with other pics — in this case, Trump replaced it with a 2014 photo showing Joe and Hunter on a golf course with Ukraine Gas Exec Devon Archer. He captioned the tweet, “LOOK AT THIS PHOTOGRAPH” … which are the opening lyrics from the song.

The video was removed from Twitter early Thursday though, and replaced by a notice saying … “This media has been disabled in response to a report by the copyright owner.”

So, it seems Nickelback doesn’t want people looking at the Biden photograph … at least not via the Prez ripping off its song and music vid. We’ve reached out to the band to confirm, so far, no word back.

The takedown doesn’t seem to be working against the Trump family so far, anyway — Donald Jr. just reposted the meme in the last hour, practically taunting Twitter and the band to remove it again.

This issue is nothing new for Trump either — in April he had a campaign ad removed because it sampled the soundtrack of “The Dark Knight Rises.” POTUS has also been slammed for using music by bands at his rallies without permission … but it doesn’t seem to be fazing him.