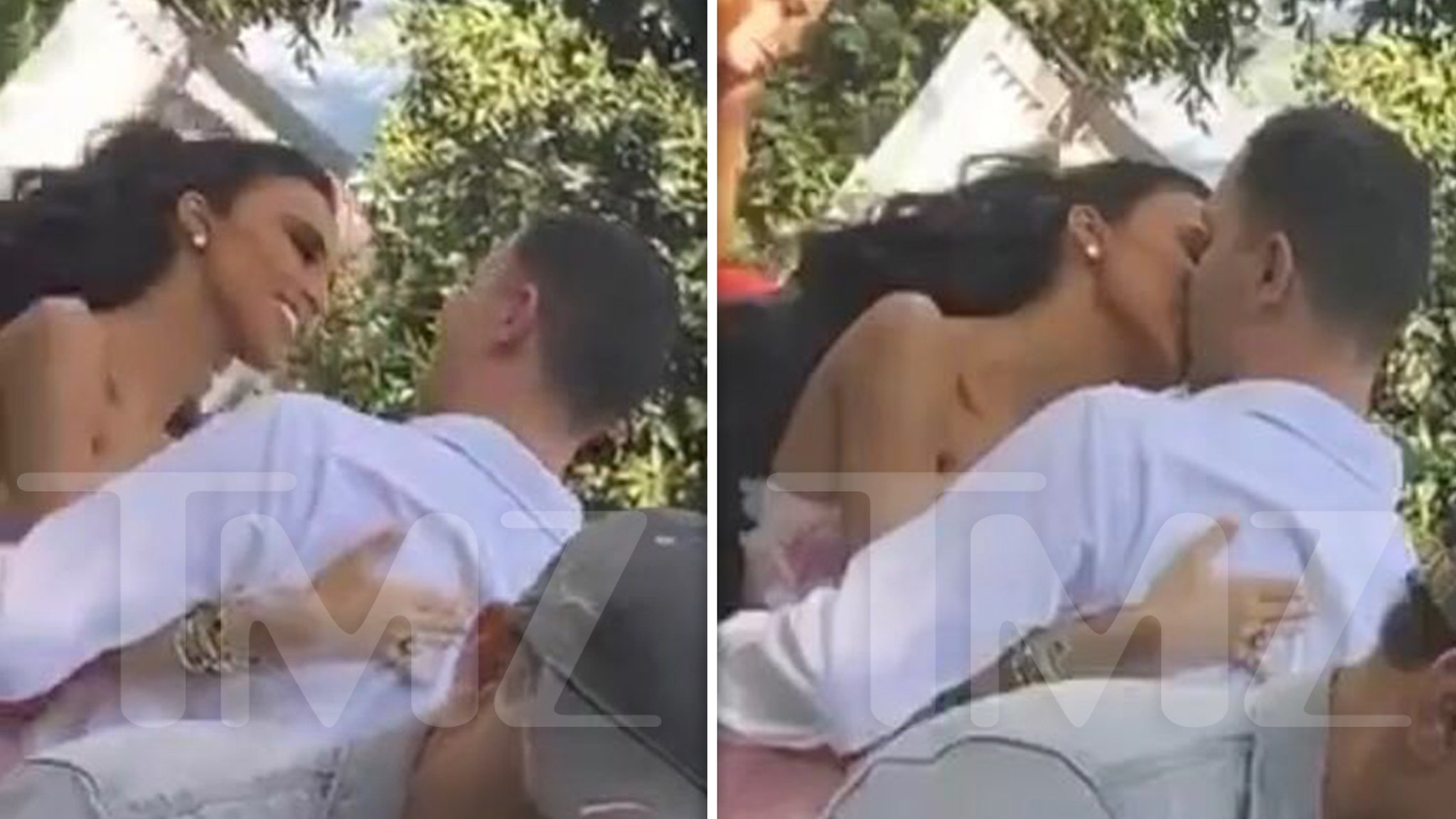 Lilly Ghalichi might not be heading to split city with her husband after all — either that, or they just play nice around their daughter … VERY nice.

The former “Shahs of Sunset” star and Dara Mir — her estranged hubby who filed for divorce from her in August — threw their daughter, Alara, a lavish party for her first birthday Sunday … and really seemed to have a good time together.

In photos from the 1-year-old’s “Glam Carnival” — obtained by TMZ — Lilly and Dara look ecstatic celebrating their girl, and were spotted sharing a passionate kiss.

We’re told they were all over each other for much of the day, both were still wearing their wedding rings … and looked very much like a happy couple.

Granted, it looks like it would be hard to have a bad time at this party, but Lilly and Dara’s display of affection goes beyond typical co-parenting … so it’s possible they’ve worked out their irreconcilable differences and reconciled.

And, there’s this … Lilly recently revealed she wants at least one more kid so Alara has a sibling, and plans to start the process in 2020.

That will probably be a lot easier if Dara’s on the same page.