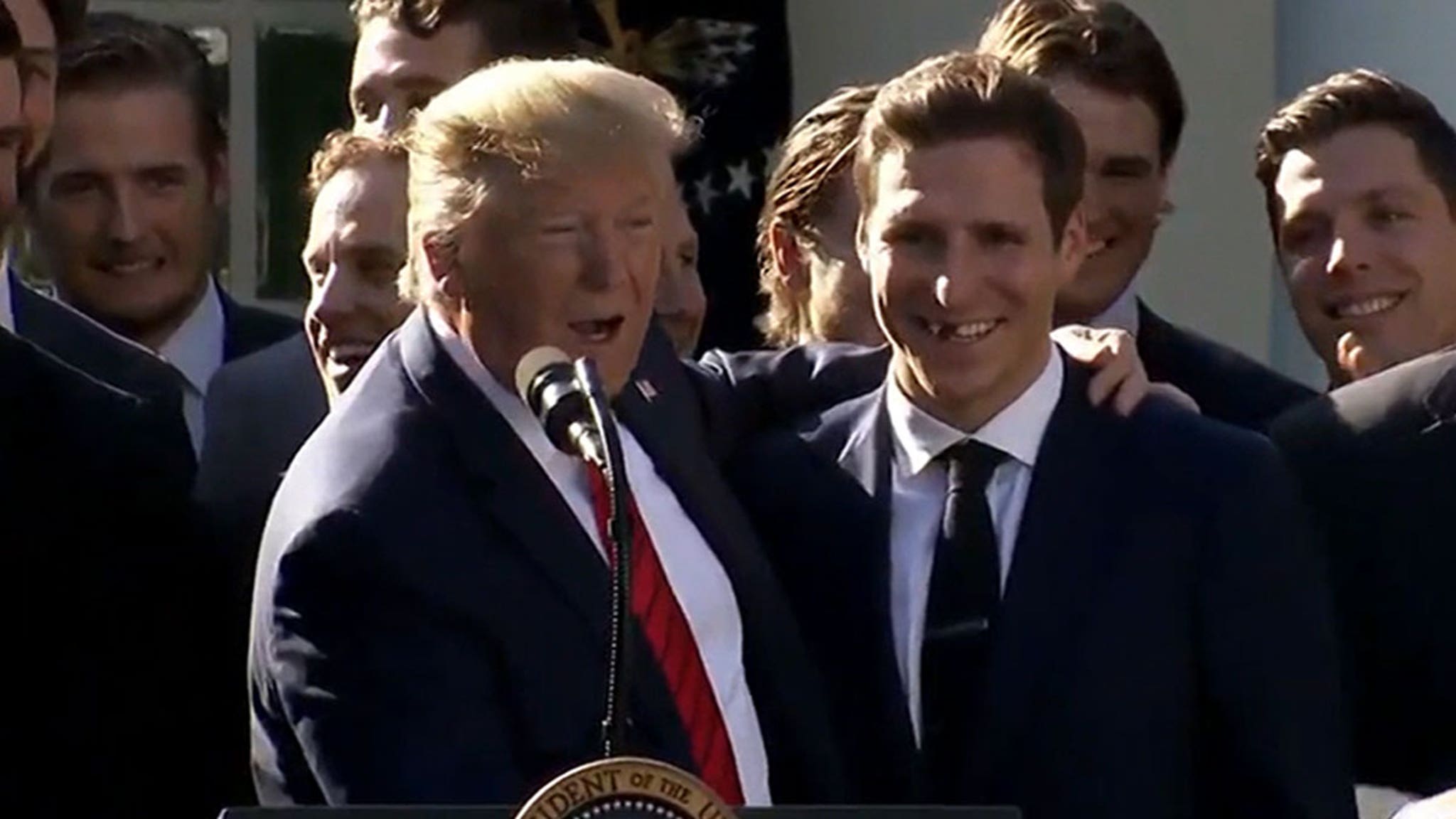 The St. Louis Blues celebrated their Stanley Cup title at the White House on Tuesday … with President Trump crackin’ jokes and picking hypothetical fights with the players!!!

The champs were honored at 1600 Penn. for beating the Boston Bruins in Game 7 to win it all last season … and one player, Alexander Steen, got POTUS’ attention (for obvious reasons).

“Look at that guy, look at the mouth on that guy,” Trump told the crowd. “Come here a minute, come here.”

“You think he’s taken a few hits? You think I could take him in a fight?! I don’t know.”

There was more funny business … with the stars of the team, like Jaden Schwartz, issuing a golf challenge to POTUS … and Trump calling out rookie Jordan Binnington for giving up ONE goal in Game 7.

The Blues thanked Trump for the hospitality and gave him his own Trump 45 jersey … and ended it all with one last golf joke.