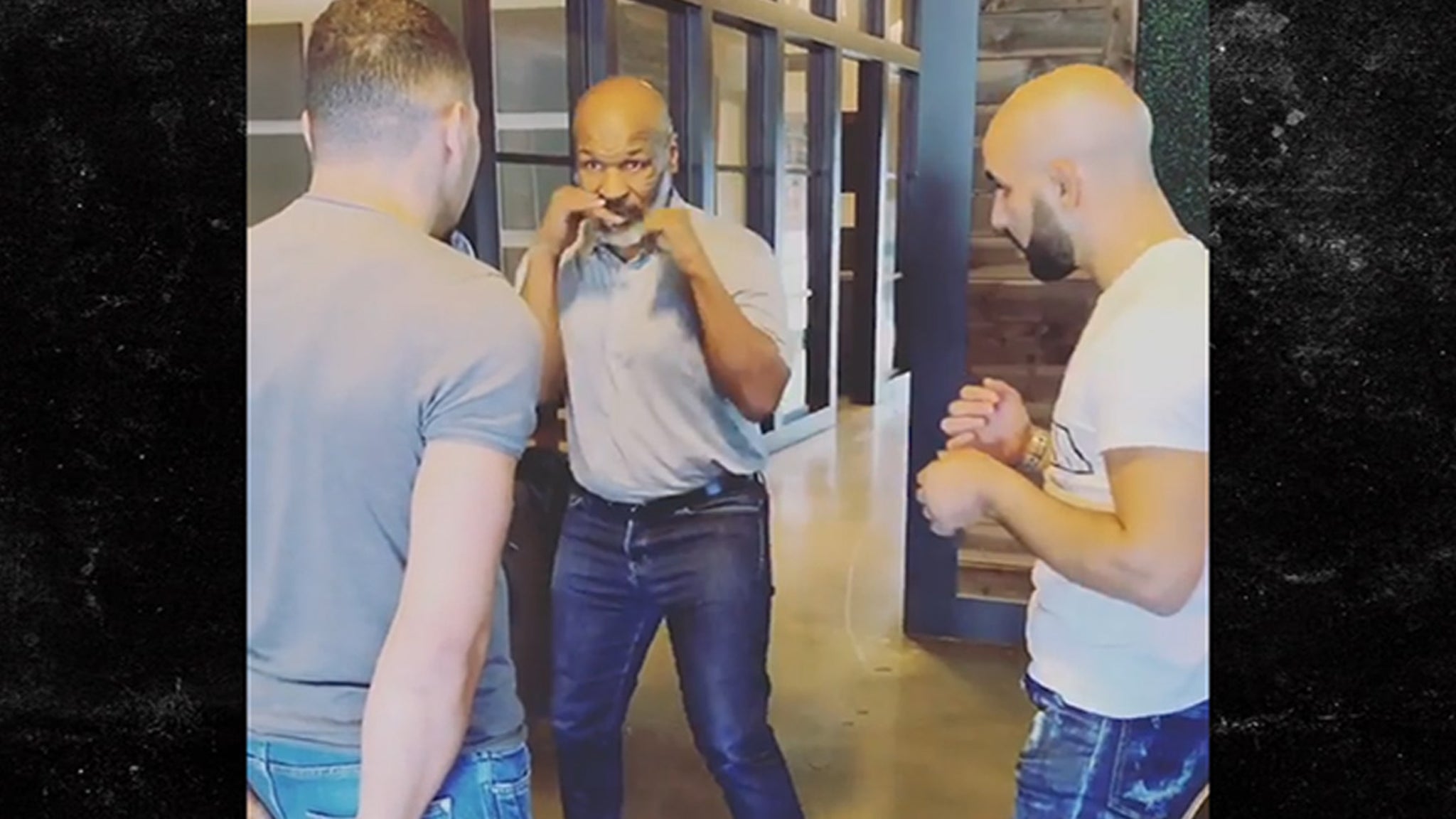 He hasn’t fought in almost 15 years, but 53-year-old Mike Tyson can still hit like a mack truck … and here’s the video to prove it!!

Mike was hosting a bunch of UFC stars at Tyson Ranch earlier this month — including Ottman Azaitar, a rising MMA star from Morocco.

During the meeting, Otmman and Tyson were talking about striking — specifically a stick -and-move technique, when Mike decided it was time for the jacket to come off and the guns to come out.

Ya gotta watch the speed, power, footwork and movement … it’s still pretty damn impressive — especially considering Mike has said he’s stopped training, boxing, lifting weights etc. because it reminds him of the days when he was a monster.

But maybe he’s turning a corner … and possibly thinking about coaching??

Of course, “Iron” Mike Tyson was 50-6 as a pro boxer — with legendary victories over guys like Larry Holmes, Michael Spinks, Frank Bruno and Trevor Berbick.