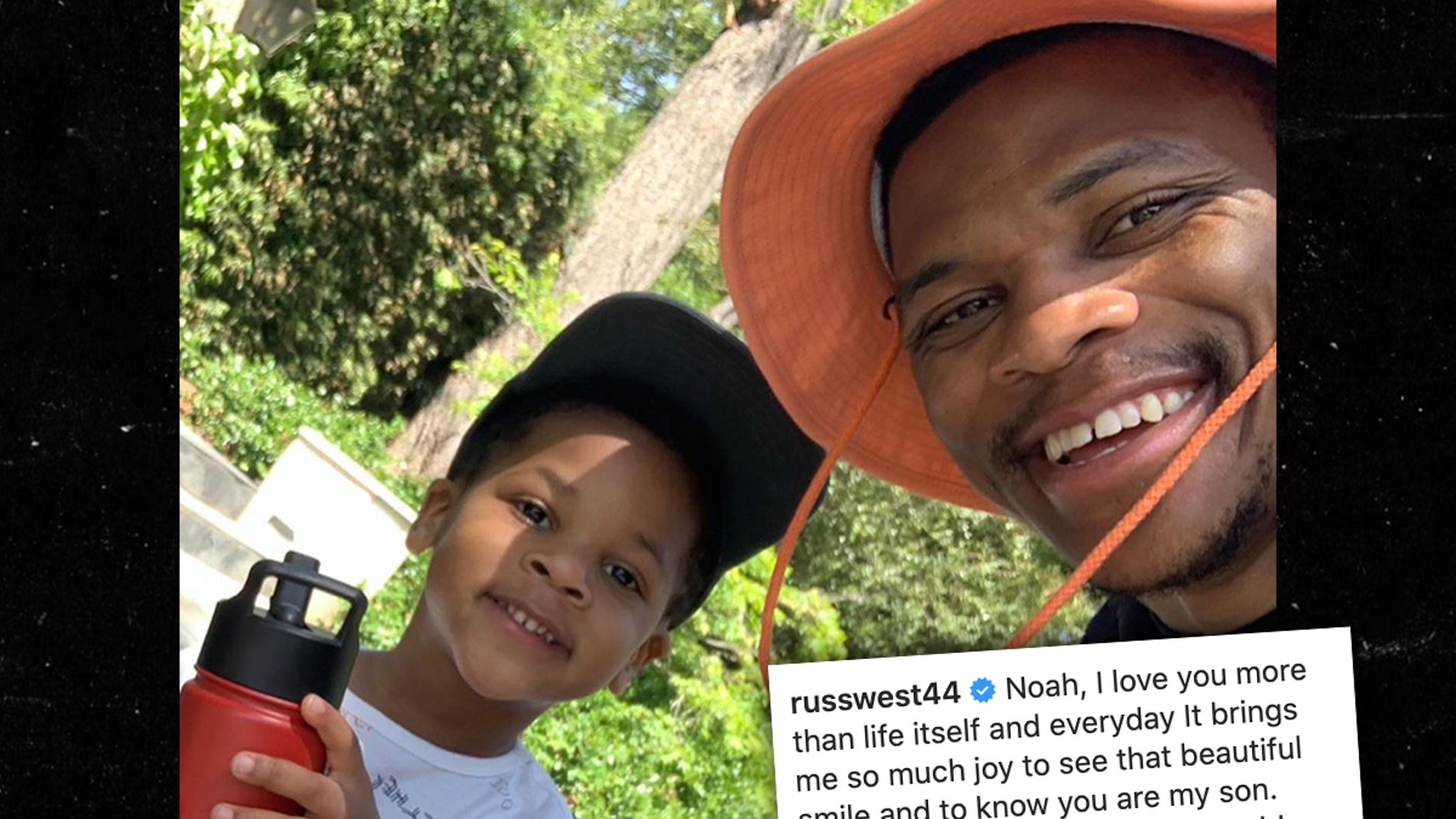 Russell Westbrook‘s got a special birthday message for his little man — and it’s another side of Russ we really don’t see too often on the court.
The Rockets star point guard posted a sweet message Saturday to his only boy, Noah, wishing him a happy third birthday — while also throwing up a bunch of photos and videos of the two of them doing some father-son bonding.

He writes, “Noah, I love you more than life itself and everyday It brings me so much joy to see that beautiful smile and to know you are my son. Thank you God for this unbelievable blessing. HAPPY 3rd BIRTHDAY MANMAN!!!!!!! Daddy loves you forever and ever and ever and ever……🎉🎉🎉🎂🎂🎂🎁🎁”
Noah is Russ’ first kid between himself and wife Nina Earl. They had him in 2017, and a year later … they welcomed twin girls. Russ might not get as much pub as some of the other NBA dads in the league — a la Steph Curry and LeBron James — but he’s quite the family man, it seems.
Dude has tons of photos of him, his kids and his spouse. Good to see another side to him than what’s often played up in the media. Also … Happy Birthday, Noah!!!
This article was originally published by Tmz.com. Read the original article here.