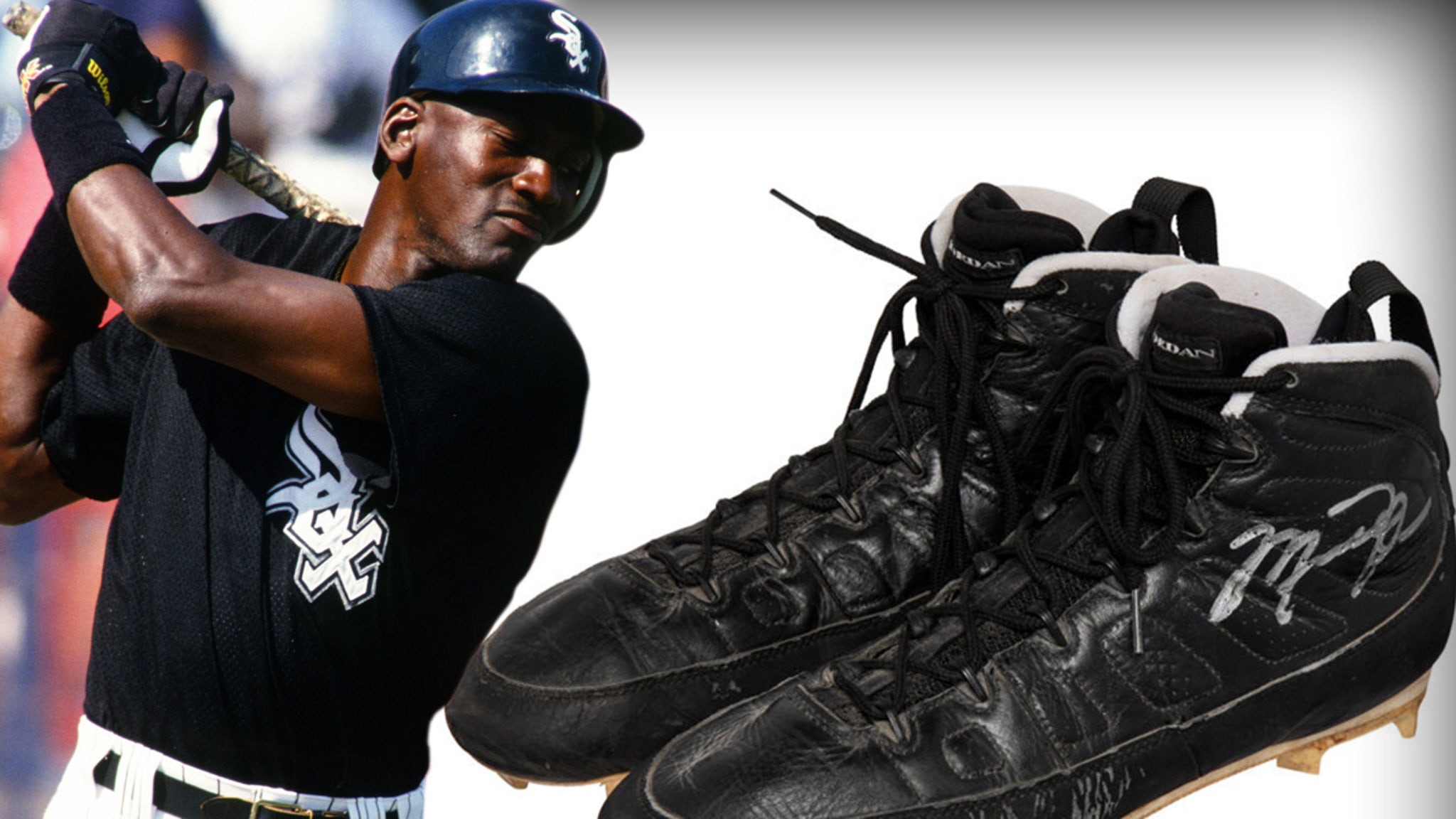 Exclusive
Greatness comes at a price, but Michael Jordan greatness? That’s more like the cost of a house down payment — just ask the person who now owns MJ’s cleats.
The folks over at Heritage Auctions sold a pair of size 13.5 baseball cleats worn and signed by His Airness when he played for the Chicago White Sox’s minor-league affiliate, the Birmingham Barons. The total cost … a whopping $93,000!!!
MJ signed the cleats in bold silver ink. Legend has it … the shoes were a gift from Michael to a White Sox announcer. The shoes were then obtained at MLB pitcher Jeff Reardon‘s Leukemia Charity Golf Tournament in 1995. The shoes come with a handwritten note from Reardon acknowledging the cleats are authentic.
As for the shoes, MJ — whose first love was actually baseball and not basketball — wore them during his short-lived campaign to reach the Major Leagues in 1994. You can clearly see the Air Jordan Nike cleats have incredible wear, with dirt and scuffs throughout. The Nike logo inside the heel is nearly worn off.
As we’ve reported … tons of MJ memorabilia has hit the auction block, from a game-worn Bulls jersey to a $15k check Jordan signed over to Donald Trump‘s Indiana casino.
And, to whoever obtained the cleats, we say … it’s definitely the shoes, Money!!!
This article was originally published by Tmz.com. Read the original article here.