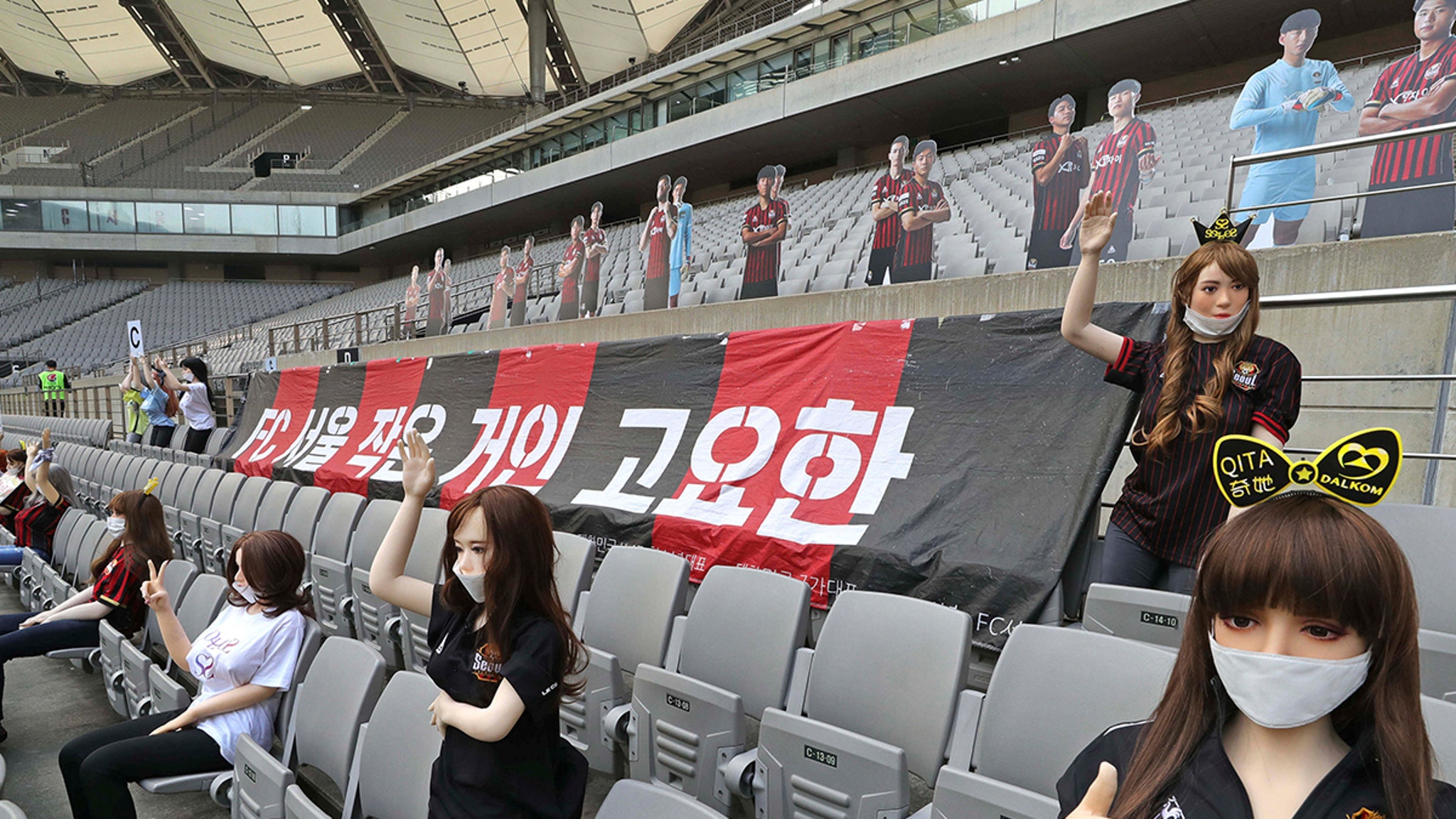 No, you can not have sex with the female plastic dolls in the crowd at FC Seoul soccer games.
Sorry.
Still, the club is apologizing to fans anyway … expressing “sincere remorse” after allegations they put sex dolls in the bleachers Sunday for a game at Seoul World Cup Stadium.
Here’s the deal … with no live fans allowed at games because of COVID-19, the South Korean soccer club put plastic butts in the seats instead as a funny way to make things look normal.
The team had contacted a company called Dalkom to get the dolls — and since Dalkom also makes sex dolls, some fans thought the mannequins in the stands were plastic sex workers.
It’s also worth noting that ALL of the mannequins in the stands were female.
But, FC Seoul claims the dolls are not actually bangable — they’re just normal, regular fashion mannequins … and they’ve apologized for the controversy in the first place.
Unclear if the club will bring the non-sex dolls back for future games.
Stay safe out there.
This article was originally published by Tmz.com. Read the original article here.