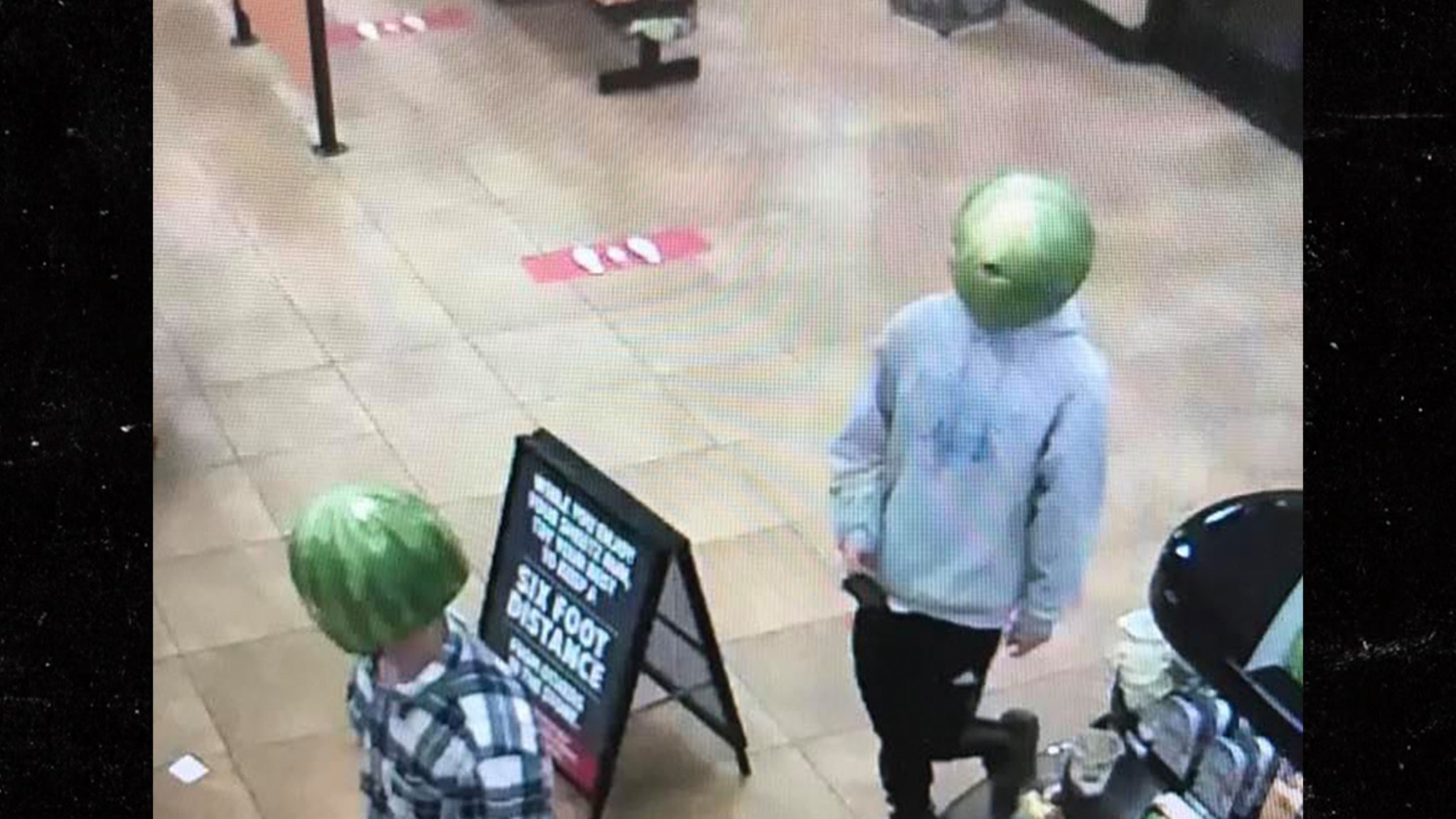 A couple of real-life melon heads thought it’d be a great idea to walk into a store wearing these homemade masks to jack some s*** — luckily, cops might’ve already cracked the case.
Check out these two bozos out of Louisa, Virginia — not too far from Washington D.C. — walking into a gas station convenience store called Sheetz about a week or so ago and making off with some goodies inside — with watermelon bandit disguises in tow, no less.

The Louisa Police Department was asking for the public’s help in identifying the two larceny suspects — who were caught on surveillance video before hopping in their getaway vehicle. The department wrote … “On May 6, 2020, at 2135 hours, two subjects arrived at the Sheetz in a LIFTED 2006 Black Toyota Tacoma wearing hollowed-out watermelon rinds with holes cut out for the eyes into the store where they proceeded to commit a larceny.”

Looks like their local citizenry recognized the seedless perps, ’cause an arrest was recently made and the cops thanked their community for the assistance.
Unclear what these boys might’ve taken, but it doesn’t sound like weapons were used in the alleged grab and snatch. We’re guessing they left their bananas at home for this heist.
This article was originally published by Tmz.com. Read the original article here.