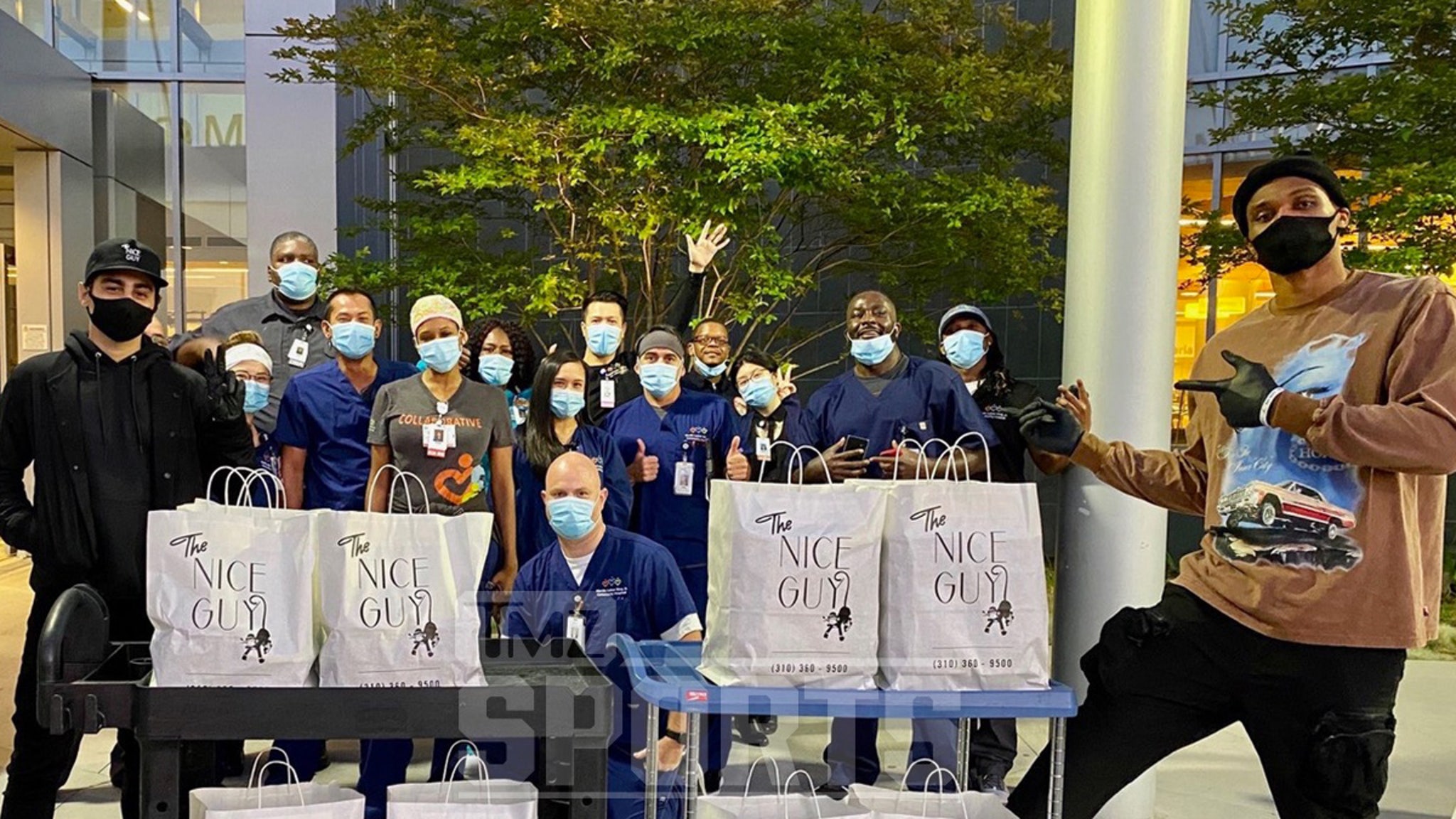 NBA Superstar Russell Westbrook did his part to make sure some of LA’s bravest were well fed — but he didn’t just serve up an average-Joe kinda meal — he hit a Hollywood hotspot.
Westbrook surprised healthcare workers at Martin Luther King Jr. Community Hospital Thursday night with Italian dinners from The Nice Guy. We’re told Russ and his buddy Milo Frank passed out 50 sealed containers of Spaghetti Bolognese — and in true L.A. style — there were even gluten-free and vegan options.

Westbrook plays for the Houston Rockets, but is a native to So. Cal so MLK Jr. Hospital makes a lot of sense. The meals were thanks to Postmates and The h.wood Group as well.
Trending
Best Action Films Full Movie English 2020 – New Action Movies 2020 Full Movie HD – New

As for the dinner selection, The Nice Guy plays host to some of Hollywood’s biggest stars from The Kardashians and Jenners to Justin Bieber, Drake and even Westbrook’s former teammate Kevin Durant.

Russ joins a growing list of celebs to step up with meals … Danny Trejo and his Trejo’s Tacos restaurant also recently doled out a ton of free food to those on the frontlines.
This article was originally published by Tmz.com. Read the original article here.