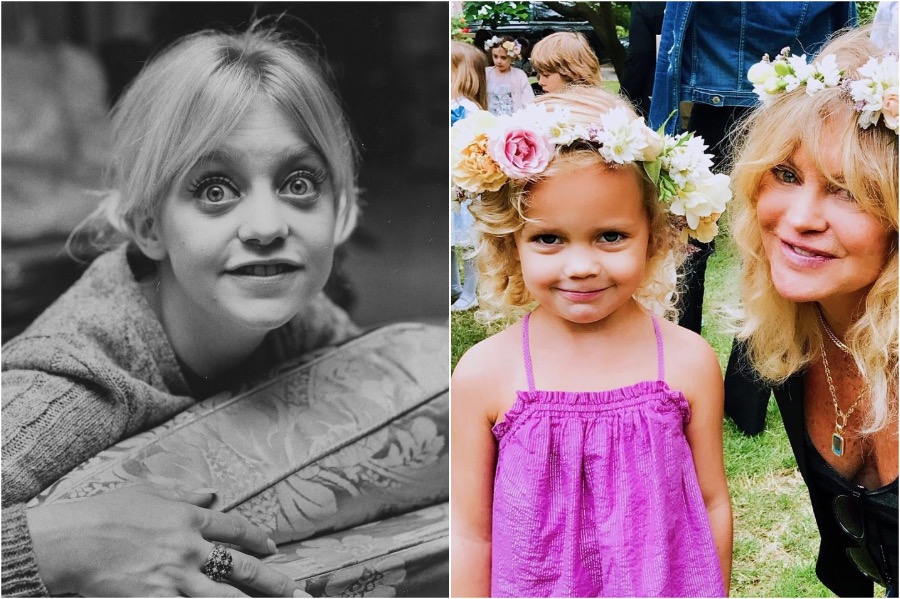 It’s interesting that when a kid is born
people immediately try to figure out if they look more like their
mother or their father. And we definitely have seen a fair share of
celebrities whose kids look like tiny copies of them. But sometimes
genes work in mysterious ways and you get to look like your
grandparents. So let’s take a look at some of the grandkids of
legendary stars and what features they have inherited from them.

Goldie
Hawn has 3 kids and three grandchildren and she has found a mini-me
in her granddaughter Rio. They two definitely share similar features,
but it’s their spirit and character that really makes it seem like
they’re the same person. They get on super well too, and Goldie
even took Rio to some red carpet events as her plus one.

The
legendary Beatle, Paul McCartney has 8 grandchildren, and apparently,
he prefers being called grand-dude instead of grandpa. But it’s his
grandson Arthur, who goes to Yale, that shares a resemblance to your
Paul McCartney. It will be interesting to see if he’ll look even
more like his grand-dude as he matures.

Elvis
didn’t get to meet his grandchildren, since he died before his
daughter started having kids, but he basically has 4 grandchildren
now and it’s Benjamin who seems to have struck a jackpot in the
lookalike department.