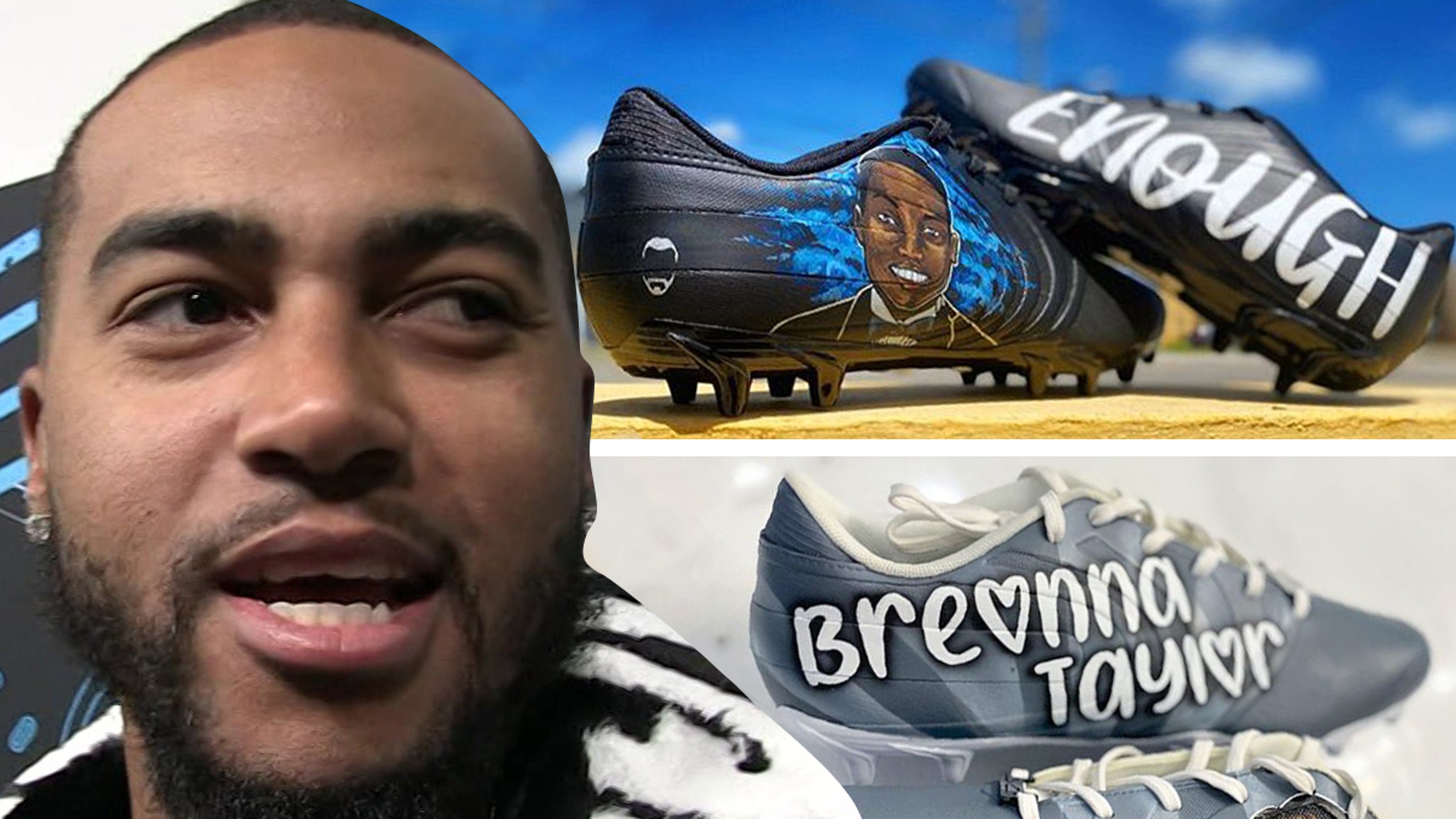 Breaking News
DeSean Jackson is once again using his cleats to send a message — this time, he’s paying tribute to Breonna Taylor and Ahmaud Arbery.
The Philadelphia Eagles WR has a history of expressing himself through custom artwork on his kicks — and this time, he went back to SolesBySir to take on police brutality.
“I stand on what’s right,” Jackson says … “Let’s not get caught up in the false impulsive message behind #BLM We just want fair rights!”
He added, “400 plus years …. The time is now #ahmaudarbery #breonnataylor.”
Of course, Breonna Taylor was shot and killed by police after they executed a no-knock warrant on the WRONG apartment in Kentucky back in March. Taylor was in bed during the incident and was shot 8 times. None of the 3 officers involved in the shooting have been charged with a crime.

Ahmaud Arbery was chased down and killed by 2 white men in Georgia back in February — while 3rd man watched and recorded the incident. After a public outcry, all 3 men were charged with felony murder in what some people are calling a modern-day lynching.
On both sets of cleats, DeSean included an image of the victims — adding the word, “Enough” on the Arbery pair.

Jackson has previously gone to SolesBySir for tributes to people like George Floyd, Rodney King and Muhammad Ali.
Unclear if Jackson plans to wear the new cleats during NFL games — or just during pre-game warm-ups. Either way, an amazing tribute.
This article was originally published by Tmz.com. Read the original article here.