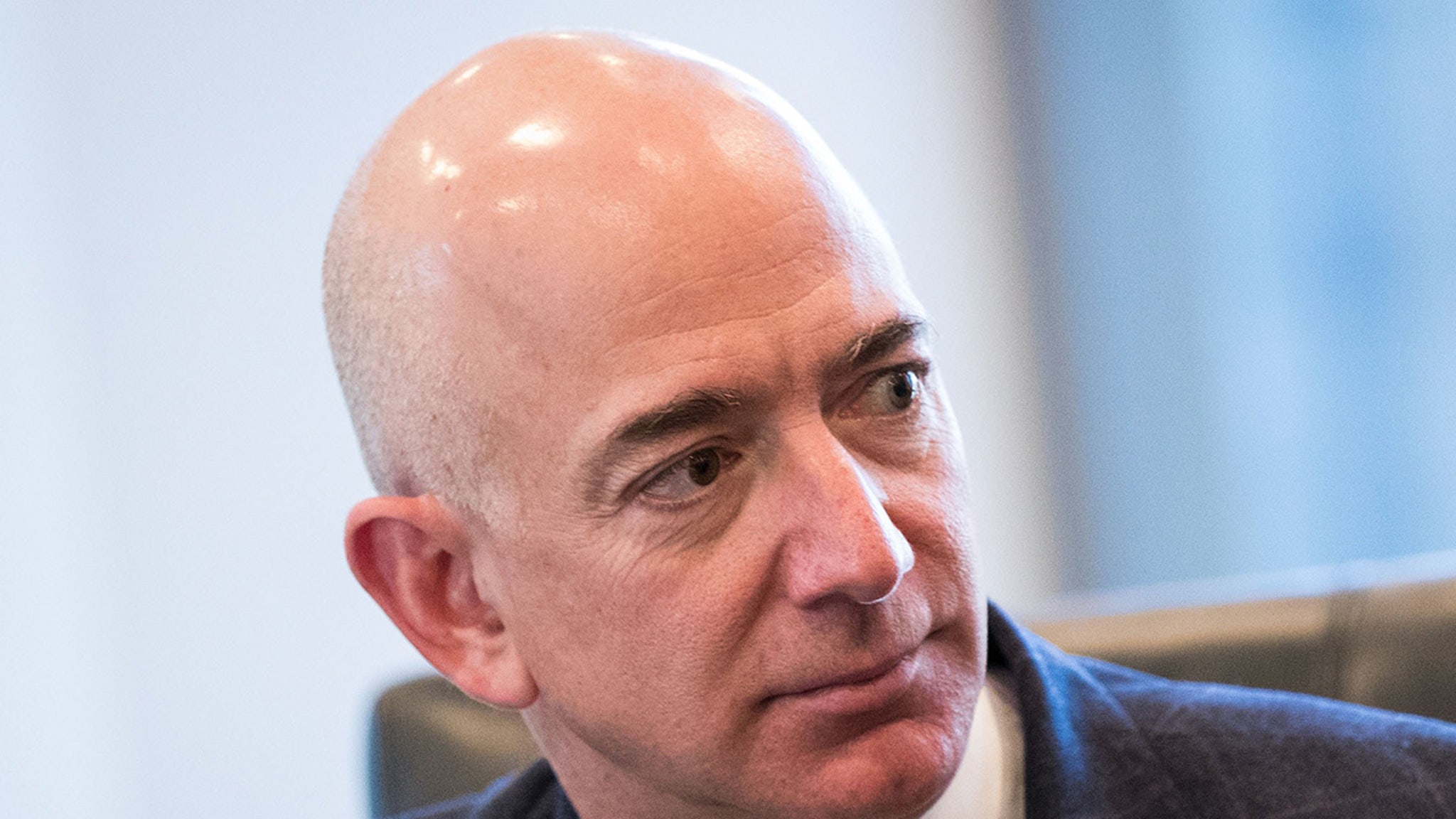 Jeff Bezos‘ status as the world’s richest man is exactly why he’s got a new lawn ornament, of sorts, at his D.C. home … a guillotine, placed there by angry protesters.
The faux blade was set up Sunday outside Jeff’s pad with a sign that’s pretty specifically targeting Jeff’s uber rich status — “Support our poor communities, not our wealthy men.” Despite the instrument of destruction, the protesters gathered nearby were pretty chill … sitting or standing on the street in front of his home.
We don’t know Bezos’ position on cake, but the guillotine is a clear reference to the 1793 beheading of Marie Antoinette and the spark of the French Revolution.

DC protesters have set up a “guillotine” in protest of Jeff Bezos in front of his complex in DC pic.twitter.com/VZ0AWTJqaV

It’s unclear if Bezos — reportedly worth just over $160 BILLION — was home at the time but protesters made their message clear … circulated a digital flyer that read, “Amazon works directly with police to surveil us, stoking racist fears in the name of profit. Doubling down on their union-busting and mistreatment of workers … Join us to tell Jeff Bezos enough is enough!”
For what it’s worth … Bezos schooled an Amazon customer earlier this month on why Amazon is supporting the Black Lives Matter movement. After the customer emailed him to say “All Lives Matter” … Bezos replied, “‘Black lives matter’ doesn’t mean other lives don’t matter. Black lives matter speaks to racism and the disproportionate risk that Black people face in our law enforcement and justice system.”
That stance clearly isn’t enough to satisfy Jeff’s critics … and lovers of French history.
This article was originally published by Tmz.com. Read the original article here.