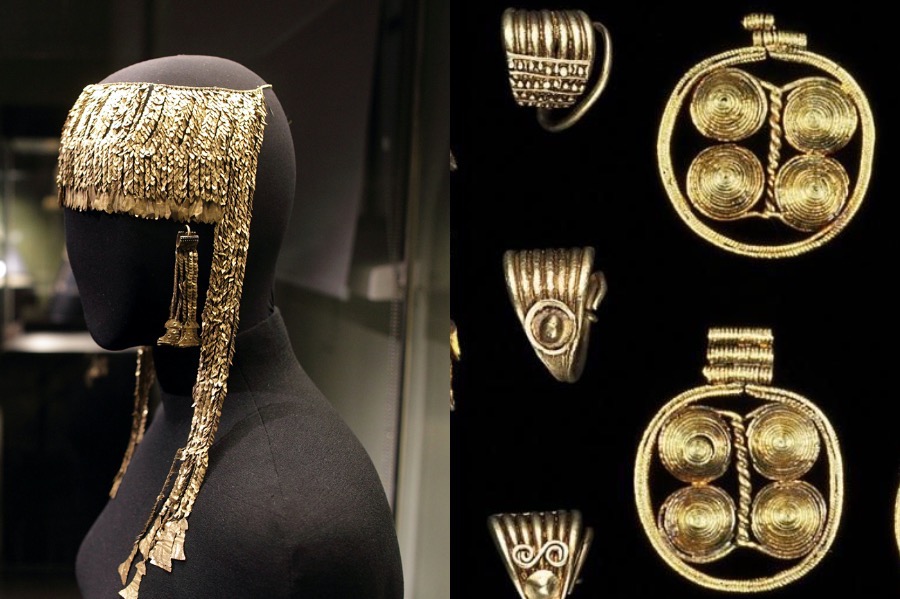 A lot of people think of museums as just these cultural places that educated us on history and art. The worst thing that most of us could say about a museum is that some of them can be a bit boring. But other than that we don’t really see anything wrong with them. But did you know that a lot of museums actually display stolen treasures? Quite a few of famous art pieces displayed for the public to see in some of the most famous museums in the world were actually stolen from their homeland, then illegally resold from one owner to the next, and then finally they ended up in a museum. You could be looking at someone’s stolen artefact or a piece of cultural history that’s been stolen on your next visit to a museum. Here are some of the most famous stolen treasures.

These ancient jewels and accessories belonged to the people of the Ottoman Empire. They’ve been found by a German archaeologist who was looking for treasures mentioned in the Odyssey and the Iliad. He decided that his rule of thumb is “finger’s keepers” and that’s how these treasures ended up first in London, museums, then in Germany. Eventually, after World War 2 they ended up being stolen by the Russian Red Army and are to this day displayed at the Pushkin Museum in Moscow.

The Rosetta Stone is a famous historical artefact, because thanks to that stone, the scholars have been able to understand and decipher hieroglyphics. This famous stone has the same message written on it in three languages: ancient Greek, Egyptian demotic (used by most people in ancient Egypt and Egyptians hieroglyphics (mostly used by priests at the time). It was first found by Napoleon in Egypt, but later fell into the hands of the British when they defeated Napoleon. The Rosetta Stone is still displayed in the British Museum in London, despite the fact that the Egyptian government has asked them to return it to its rightful place many times throughout the years.