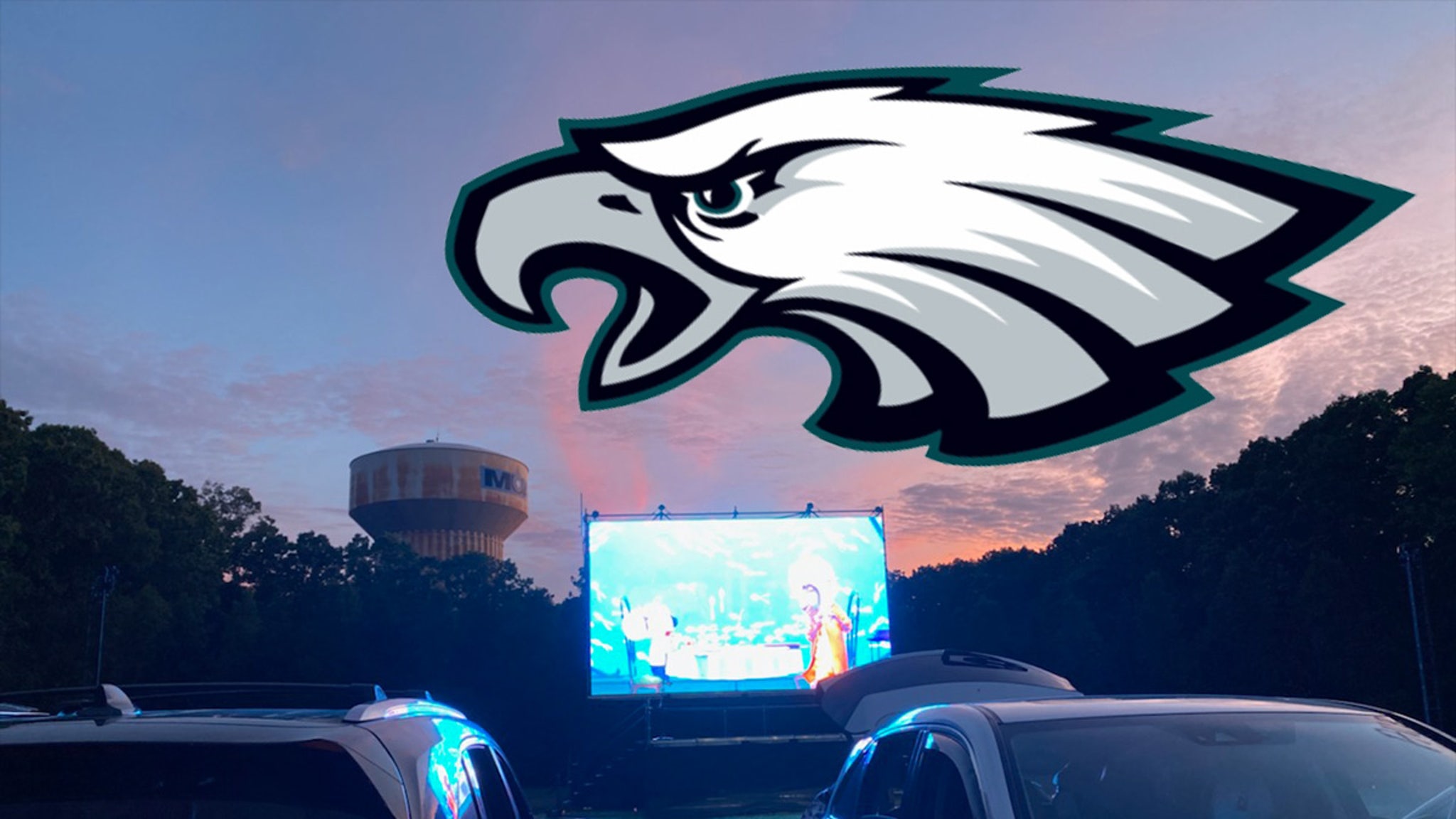 Exclusive
They’re not allowed at the stadium, but Eagles fans have found a new way to tailgate for opening day … thanks to a super fan with a giant drive-in theater!!!
The Eagles are set to kick off the 2020 season on Sept. 13 against the Washington Football Team … but due to COVID, no fans are allowed at the game.
Thankfully, Eagles maniac Rocco Gallelli happens to own a drive-in venue about 20 minutes from Lincoln Financial Stadium and he’s turning it into tailgate central.
The spot features a giant 40-foot video screen — and holds up to 150 vehicles … where families can watch the game as a group, while social distancing at the same time.
Gallelli tells TMZ Sports … he’s charging $40 per car to get in and fans can either bring their own food and drinks to consume — or order from a food stand at the venue.
We’re told the goal is to simulate a real Eagles tailgate in a safe, party-style atmosphere … so they’re even bringing in a DJ to blast music before the game kicks off.

Gallelli says the place will have sanitizer stations and masks available to adhere to COVID health rules.
And, if the first game is a success, he’s got plans to hold drive-in tailgates every week of the NFL season.
As we previously reported, fans of other NFL teams around the country are also looking for creative ways to watch games together without risking their lives.
Over in Buffalo, fans are having a tailgate “bubble” — where Bills Mafia can smash tables and light stuff on fire while minimizing possible COVID exposure.
Be safe everyone.
This article was originally published by Tmz.com. Read the original article here.