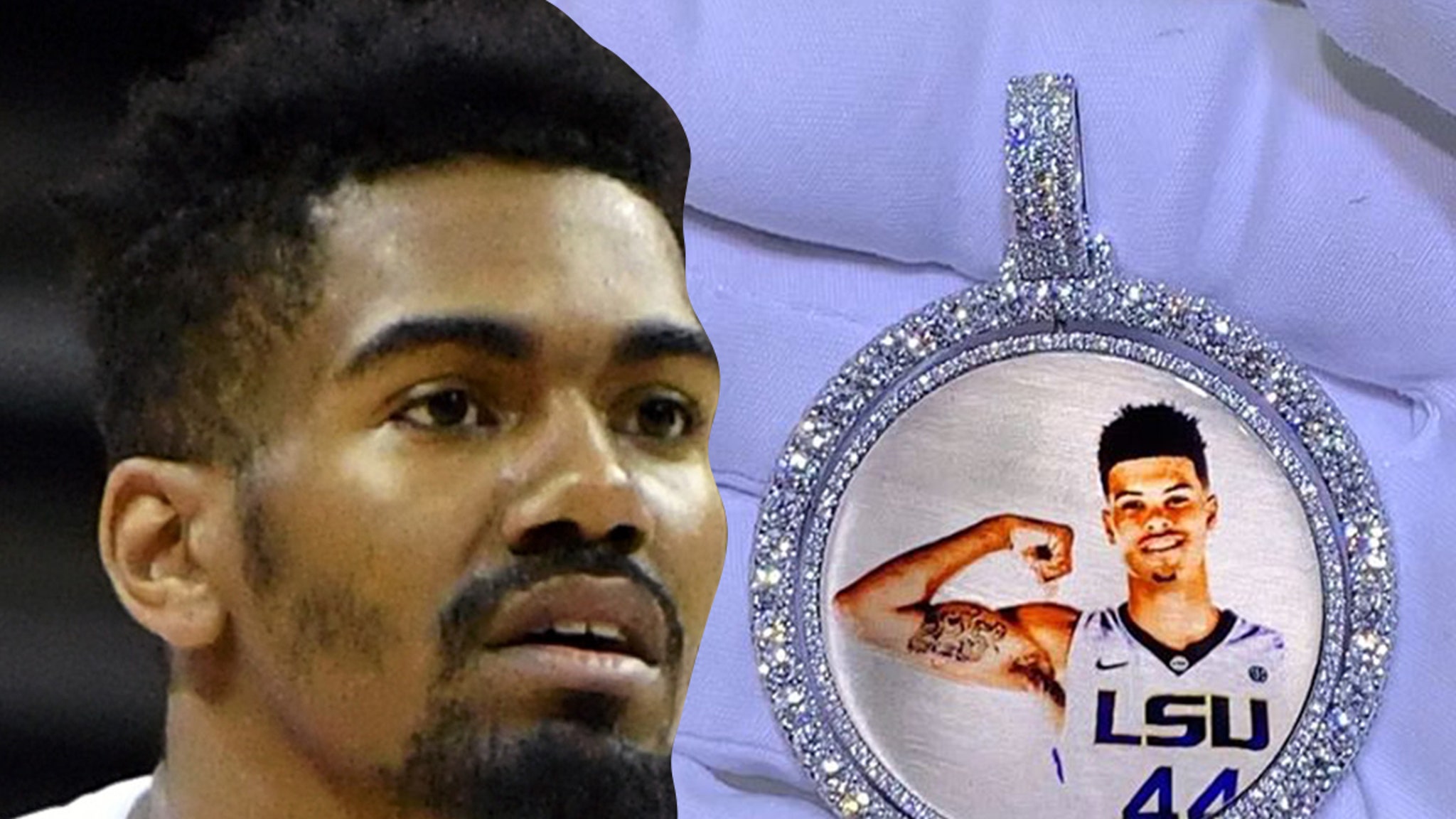 Exclusive
Minnesota Timberwolves guard Jacob Evans is honoring the memory of slain LSU basketball player Wayde Sims … in the form of a custom pendant.
Evans and Sims grew up in Baton Rouge — and Evans was devastated when he learned Sims was shot and killed at a party near the Southern University campus on Sept. 28.
Officials say Sims was trying to defend a friend in a fistfight when another 20-year-old man pulled out a gun and opened fire on the LSU hoops player.
The alleged shooter is now being prosecuted for 2nd-degree murder.
23-year-old Evans wanted to pay tribute to his friend — so he hit up Courtney Roy of Clarity Custom Jewelry to order a custom piece featuring Sims and Ja’Cardo Hawkins, another friend who passed away in 2019.

Hawkins was also a college basketball player who was and All-CCAA Honorable Mention in 2018.
It’s a beautiful tribute to two young men who died way too young.
RIP.
This article was originally published by Tmz.com. Read the original article here.