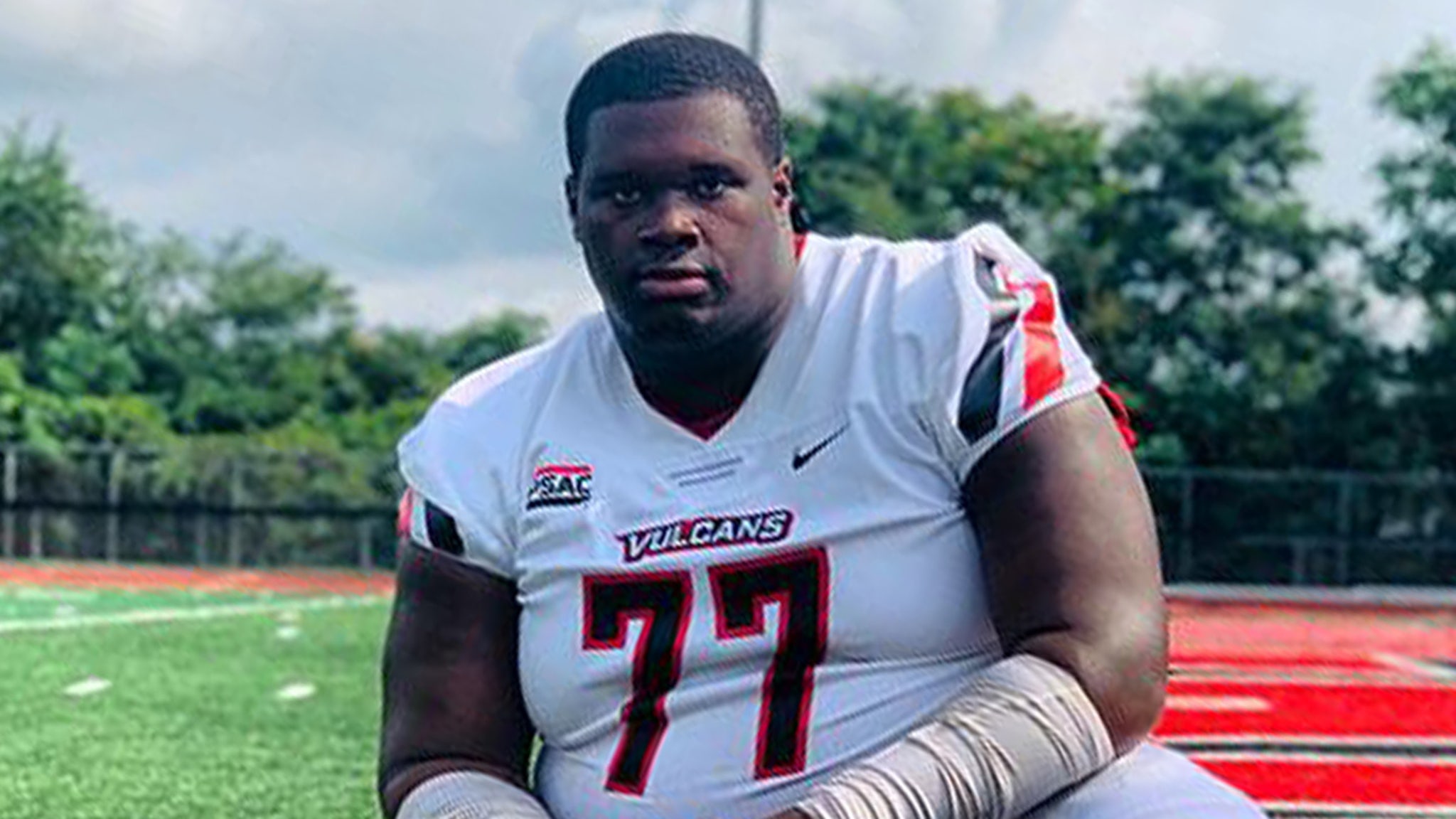 Breaking News
Jamain Stephens — a 20-year-old defensive lineman for California University of Pennsylvania — died Tuesday from complications of COVID-19, according to his high school.
Stephens — listed at 6’3″, 255 pounds — played the past 3 seasons for the Cal Vulcans. Additionally, he made the University’s AD Honor Roll in Fall 2019.
Cal had canceled its 2020 football season because of the COVID pandemic, but apparently, Stephens contracted the virus anyway.
The University confirmed his passing but didn’t mention a cause of death. Jamain’s high school, Central Catholic, issued a statement saying “Jamain went to his eternal reward after suffering from complications of COVID-19.”
Here’s more from Central Catholic …
“Known more commonly by his nickname, ‘Juice,’ Jamain was a defensive lineman for the Vikings, winning two WPIAL championships and a state championship in 2015. Jamain went on to continue his football career at California University of Pennsylvania, majoring in Business Administration.”
Cal U athletic director Karen Hjerpe also issued a statement on Jamain’s death — calling him a “wonderful student with a smile on his face every time you saw him.”
“His personality was contagious and he made such a positive impact on everyone he met.”
Jamain’s father — Jamain Stephens — was an offensive lineman in the NFL from 1997 to 2001 … playing for the Cincinnati Bengals and Pittsburgh Steelers.
RIP
This article was originally published by Tmz.com. Read the original article here.