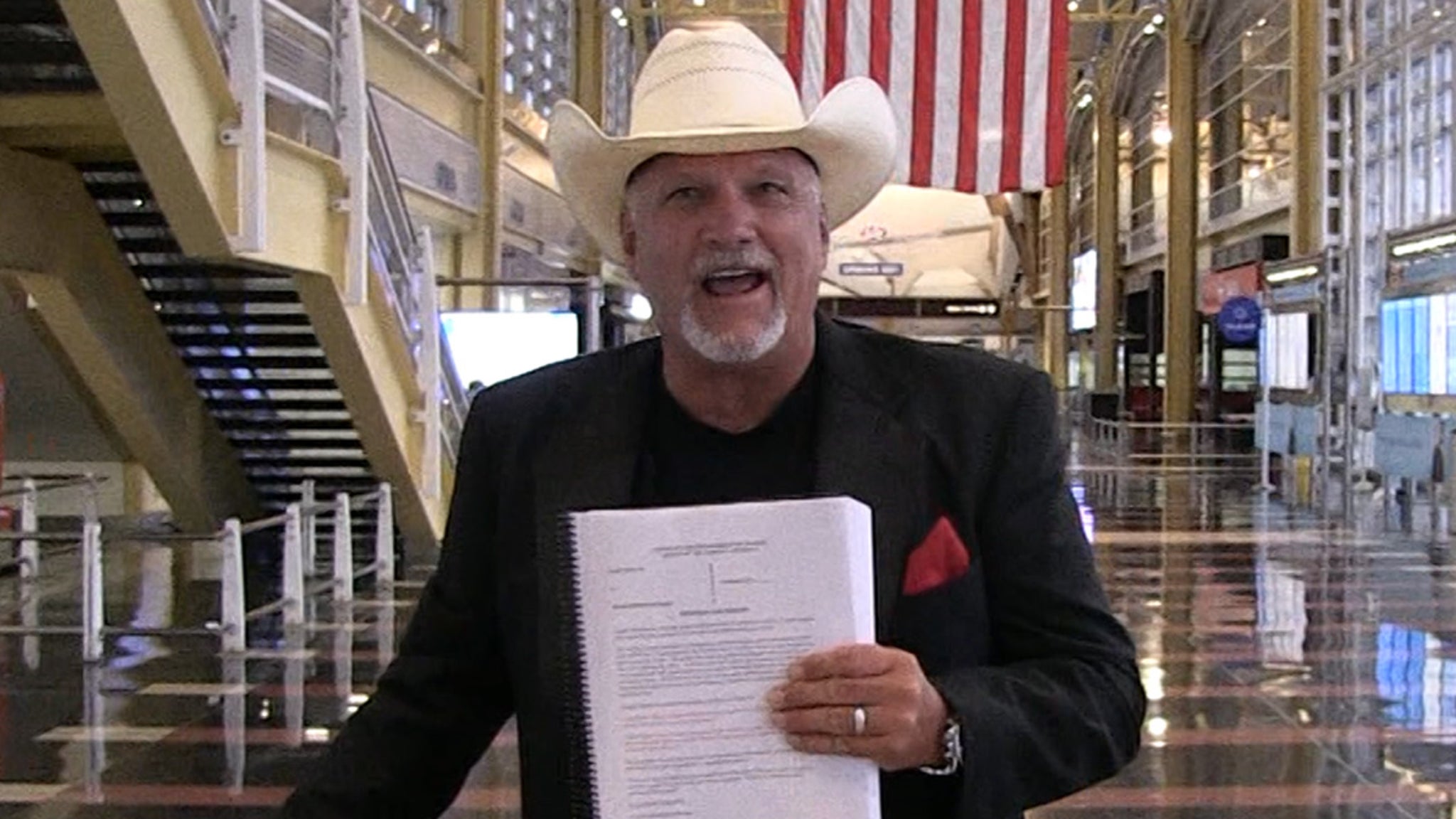 Joe Exotic‘s team has great timing — or awful, depending on your perspective — as they’re handing his pardon request to President Trump on a day when there’s A LOT going on in the Oval Office.
The Tiger Team leader, Eric Love, flew into D.C. Wednesday night with Joe’s lawyers, packing a 257-page document he calls 4 months worth of hard work … and he tells us it fully proves Joe’s innocent.

As Eric says, this is the team’s second major attempt to grab the President’s attention … but this time around they have more than a huge bus to persuade him to pardon Joe, and are even more optimistic about their pitch.
We asked him if going to the White House as the President’s embroiled in controversy over his recorded convos with Bob Woodward was a good idea.  Eric thinks this timing could work in Joe’s favor, and Trump’s too.
As we first told you, Joe’s 257-page case argues various reasons why he should be pardoned from his 22-year murder-for-hire sentence … including a claim that he was sexually assaulted behind bars.
Love apparently has an in at the White House to deliver the goods, and he tells us Joe is so focused on the mission, he’s even moved past hating on his rival Carole Baskin … and wishes her well on “Dancing with the Stars.”
That alone might demonstrate Joe’s a changed man … but that’s for Trump to decide.
This article was originally published by Tmz.com. Read the original article here.