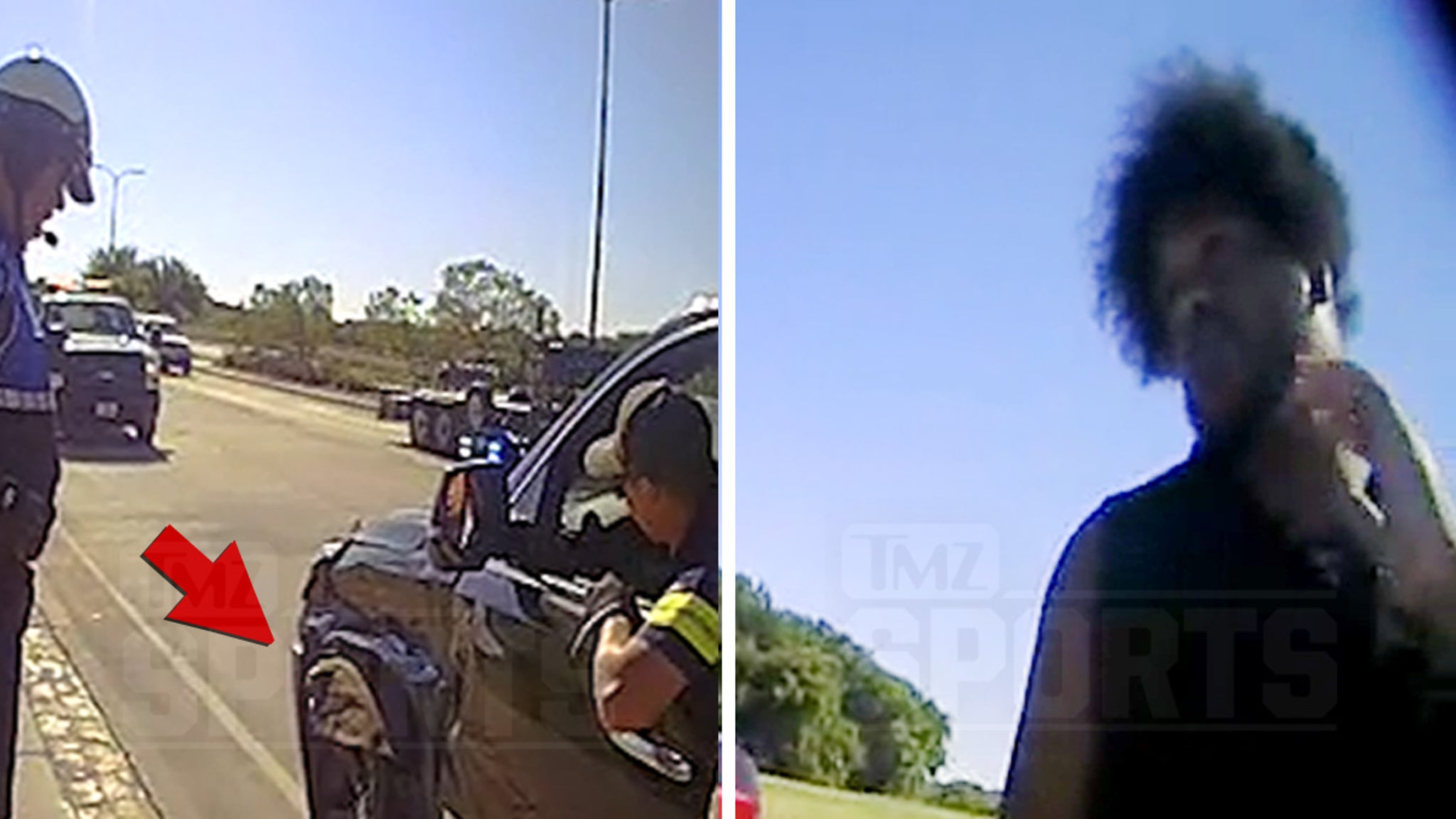 New police video obtained by TMZ Sports shows La’el Collins‘ car accident was more serious than initially believed … the Cowboys star complained of neck pain while 2 vehicles sat mangled in a street nearby.
The NFL O-lineman was initially described as fine after he was involved in a wreck on Aug. 20 in Little Elm, Texas … but you can see in the new footage, Collins was definitely aching.
As he and a responding police officer broke down how his 2015 Cadillac Escalade collided with a Volkswagon … the 6’4″, 320-pound Dallas player said his neck wasn’t feeling well.
“Should I go to like a hospital or like a, what do you call it? An emergency room?” Collins asked the officer, before adding, “I mean, my neck — my neck is hurting right here.”
Of course, it ain’t too difficult to see why Collins was in pain … the damage on the two vehicles involved in the crash suggests a pretty violent collision took place.

Collins’ driver’s side quarter panel and front wheel were destroyed — with one cop describing the rim on video as “broken” with a “complete crack” in it.
The other driver’s car, meanwhile, had its whole front bumper ripped off.
According to the accident report, the other driver “failed to yield the right of way” after coming out of a stop sign and turned right into Collins’ ride.

As for Collins’ neck … the Cowboys ultimately put him on injured reserve to start this season … though they claim it’s unrelated to the crash — saying a hip problem he had been previously dealing with was the reason for the move.
Collins — who will be out at least the first 3 weeks of the season while he’s on IR — is one of the Cowboys’ best players and is considered a top-five right tackle in the league.
In 5 seasons with Dallas, he’s started 61 total games.
This article was originally published by Tmz.com. Read the original article here.