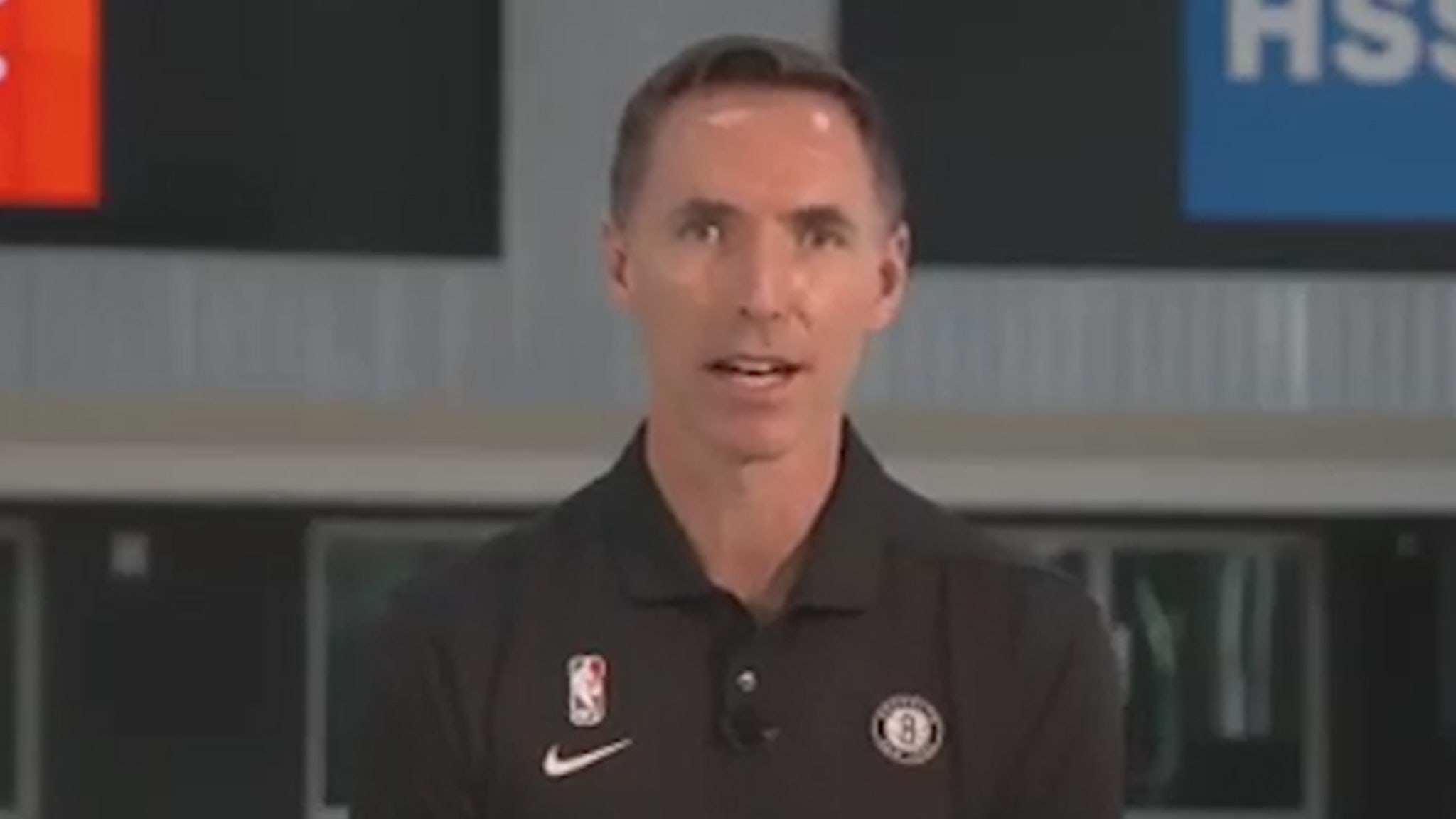 Steve Nash admits he was able to “skip the line” to land the Brooklyn Nets head coaching gig … but strongly believes he’s the best man for the job.
The 46-year-old Hall of Famer made his first appearance as the new Nets head coach on Wednesday … and was asked about the notion he didn’t earn the right to have the job since he has no coaching experience in the NBA.
Of course, some critics like Charles Oakley and Byron Scott have said they’re disappointed the job didn’t go to a Black candidate with a better resume … like Mark Jackson.

“Well, I did skip the line, frankly,” Nash said. “But at the same time I think leading an NBA team [as a player] for almost 2 decades is pretty unique.”
“So, while I haven’t necessarily learned some of the skills that I’ll definitely seek to understand and learn as far as the technical aspects of coaching, I was never far from that.”
Nash says he learned “a tremendous amount” during his playing career — and although “I haven’t grinded it out as an assistant coach like many people’s path,” he says “there’s a precedence for players who have strong careers and are leaders and thinkers to get this opportunity.”
The 2-time MVP says he will rely on support staff to fill the gaps where he needs help … but is gunning to use his experiences as a player to lead the way.
“I did skip the line in many aspects. At the same time, there’s some experiences there that other people just aren’t going to have because of the type of career [I had] in the league.”
Of course, Nash is considered one of the best guards in NBA history with 8 All-Star appearances and 7 total All-NBA selections.
We’ll see if that translates to Ws in BK.
This article was originally published by Tmz.com. Read the original article here.