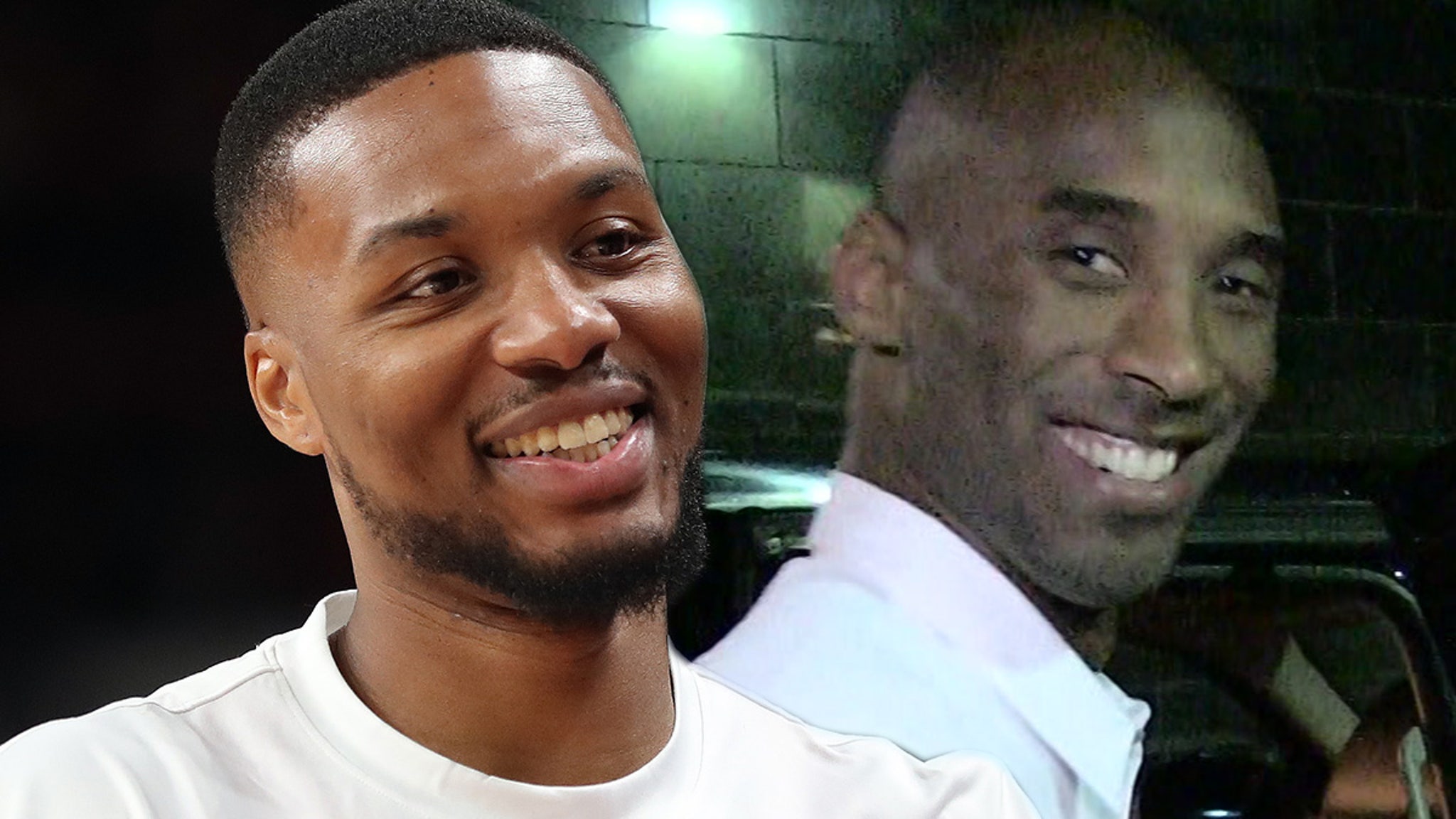 Breaking News
Damian Lillard‘s full Kobe Bryant tribute track just dropped … and it’s 3 minutes packed with tons of nods to the Mamba — with Snoop Dogg going off on the beat as well.
The song starts with Derrick Milano‘s chorus … and then goes right into Lillard’s emotional bars remembering one the NBA’s greatest of all-time.
“Rest In Peace to the Mamba and Baby Gigi,” Dame rapped.
“Still remember where I was standing after the 3-peat. ‘Fro was lined up yelling ‘Kobe!’ but playing Pee Wee. When you know they shoot the freebie right after they tear achilles. Killer!”
Dame D.O.L.L.A. continued … “#8 was crazy. But 24 was scary. Respect his name or else he might show up as Bloody Mary. Won’t forget the things he mentioned — how to get a Larry. Whatever necessary, he tried to help prepare me.”
“They tell us never look in the eyes of a killer. I did out of respect for the greatest at Staples Center. The closest thing to M.J. and no I ain’t talking Thriller. It ain’t an I in team but a me in it. Please remember, Bean.”
As we previously reported, the Portland Trailblazers superstar helped create the song for NBA 2K21 — saying he just had to use his pull as a cover athlete to get the bars on the game’s sound track.
As for Snoop … his part of the song is just as fire as Dame’s — but his best nod to Kobe???
“Many tried him, but came up short. 24, king of the court. I’ma need back up, mission abort!”
This article was originally published by Tmz.com. Read the original article here.