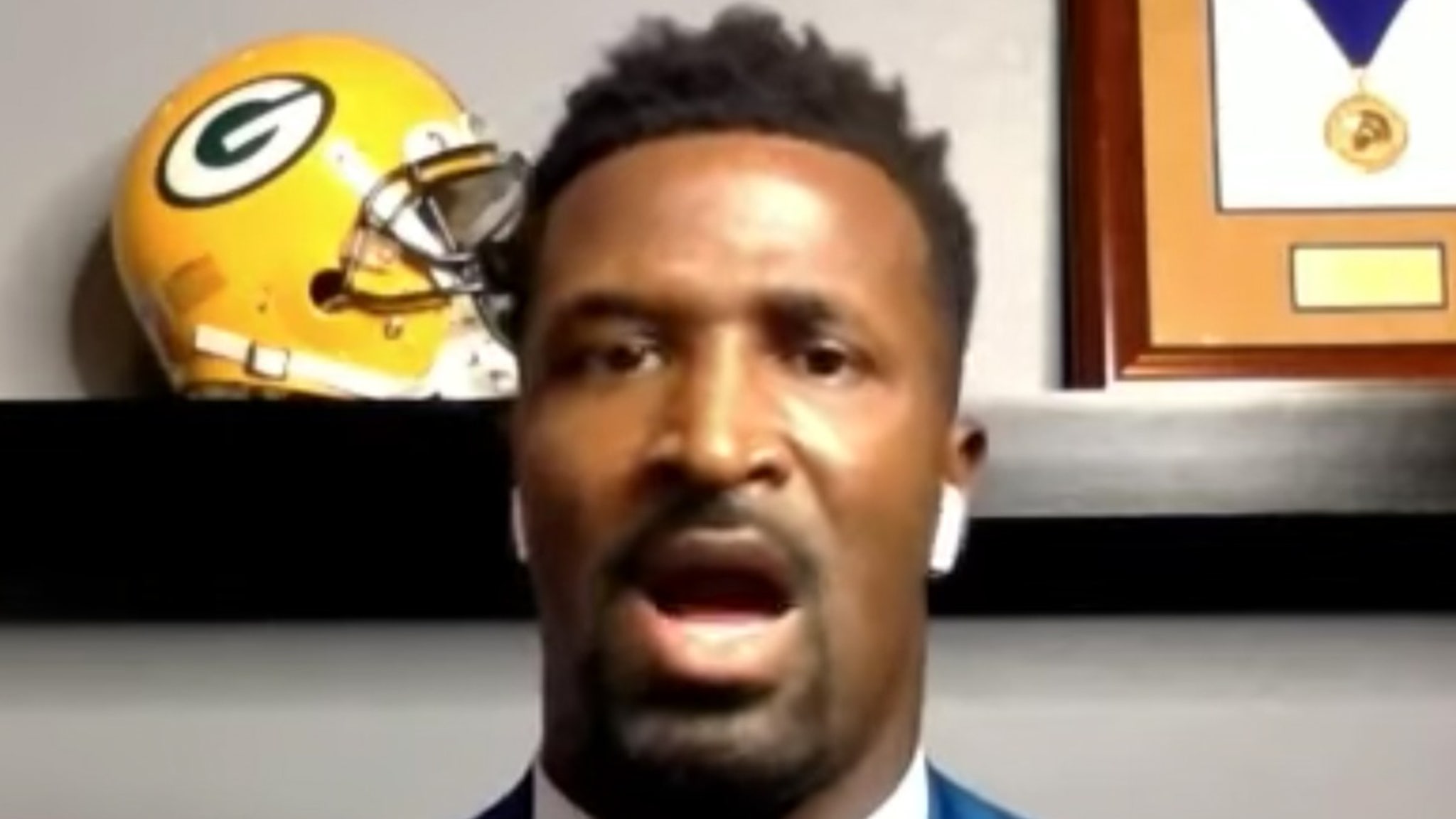 Breaking News
“It’s really disrespectful and it’s disgusting just to see that and hear that go on.”
Former Super Bowl champ James Jones was so shocked to hear booing during the Chiefs-Texans’ pregame “moment of unity” … he went OFF on the fans after the game.
“If you’re going to boo, don’t even come to the game,” Jones said on NFL Network’s post-game show. “Don’t boo and then act like that, and then cheer us to score touchdowns when the game comes.”
If you missed it … players, coaches and personnel from both the Chiefs and Texans locked arms before their NFL season-opening game Thursday night.
The moment was powerful … star QBs Patrick Mahomes and Deshaun Watson were front and center, arm-in-arm — and the demonstration was all to show a united effort against racism.

Kansas City Chiefs fans appeared to boo the moment of unity with the Texans prior to the game starting.

But stadium microphones picked up A LOT of booing during the moment from the nearly 16,000 fans in attendance and at Arrowhead Stadium in Kansas City — and it really pissed Jones off.
“It’s bigger than touchdowns,” Jones said. “It’s bigger than Super Bowls. It’s bigger than all of that. I have two young kids and it hurts that somebody out there hates them because of the color of their skin. And that is what we’re trying to end. We’re trying to end racism.”
Houston star J.J. Watt said after the game the booing bothered him as well … calling the reaction “unfortunate.”

J.J. Watt heard the boos: “The booing was unfortunate during that moment. I don’t fully understand that. There was no flag involved, there was nothing involved with that besides two teams coming together to show unity.” pic.twitter.com/HPZ6owgEkF

“I don’t fully understand that,” Watt said. “There was no flag involved. There was nothing involved with that besides two teams coming together to show unity.”
The mayor of Kansas City, Quinton Lucas, said he heard the boos too … but claimed those were nothing more than a few bad apples in an otherwise great city.
“We’re a good city of good people,” Lucas said. “I heard boos too. But we also have hundreds of thousands more around here who respect the message the players are sharing; who respect the rights of our players and people to voice a strong message and who are working to make us better each day”
This article was originally published by Tmz.com. Read the original article here.

DeAndre Hopkins Accused Of Flipping Off Trump Caravan In Arizona
Inside Texas Politics: ‘I’m not trying to distance myself from the president,’ says Sen. John Cornyn
Buffalo Bills Get Air Tribute Via Pilot’s Flight Pattern, High Praise!
Malaysia politics: Observer on what “state of emergency” could mean
B.B. King Estate at Odds with Wendell Pierce Over Movie About Blues Legend