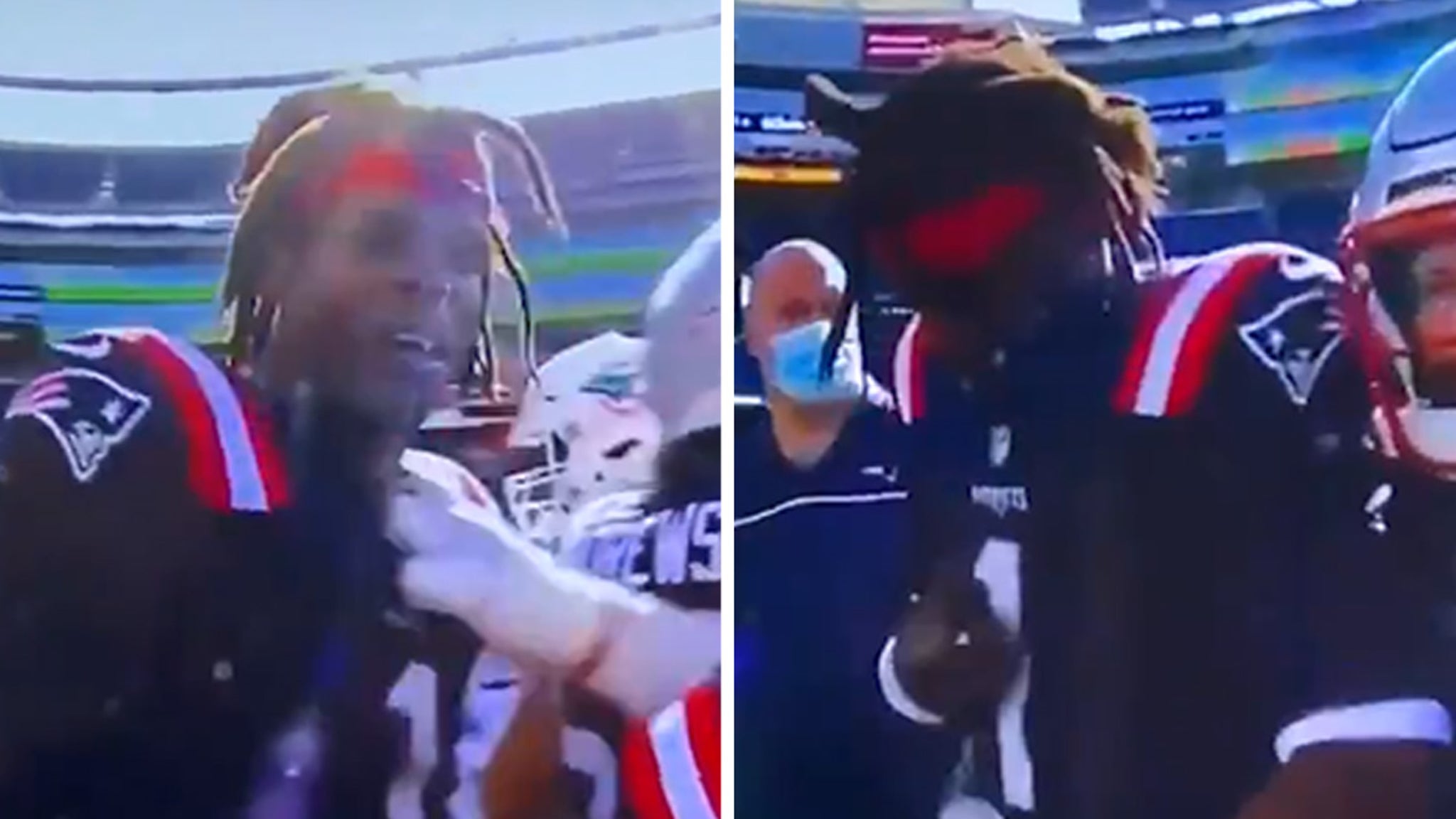 Breaking News
THE DISRESPECT IS REAL!!
Cam Newton says Miami Dolphins players tried to snatch the chain off his neck after his Patriots won on Sunday … and it’s all on video.
The New England QB was wrapping up a 21-10 victory at Gillette Stadium in Foxborough when cameras showed several Dolphins players jawing at Cam.
At one point, a hand reaches into the camera frame and tugs violently at Cam’s neck — it looks like the chain was snapped, but Cam managed to save it.

An up close shot of The scrum Cam Newton was involved in. Looks like one of the Dolphins pulled his chain from his neck. @abc6 #patriots #nevsmia #gopats

Eventually, Cam’s teammates stepped in and separated the players.
The QB changed into his snazzy yellow outfit and talked about the incident after the game.
“I still got my chain,” Cam said with a smile … “I got two of ’em. So you could see. It was disrespect, they was reaching for my chain, though.”
He continued, “I think that kind of got under my skin. But yeah, through it all, man … listen — I do not want nothing to be taken away from a great team game that we did have. And I don’t want to be selfish to kind of focus or dwell on that.”

“I think for us as a team, or me personally — a lot of tempers can flare. And I was just teasing with Coach, just letting him know that the College Park almost came out in me.”
Later on, Cam posted on social media about the incident — saying, “Tried to snatch my chain and the gang, too bad I got both!”
Two Dolphins players responded.
Miami defensive end Shaq Lawson wrote, “We don’t won’t that weak ass chain.”
And defensive tackle Raekwon Davis added, “Man ain’t nobody want your fake ass chains shit was weak anyway.”
WHAT IS GOING ON HERE??!
Snatching another person’s chain is an extreme show of disrespect — just ask Michael Crabtree and Aqib Talib!
This article was originally published by Tmz.com. Read the original article here.