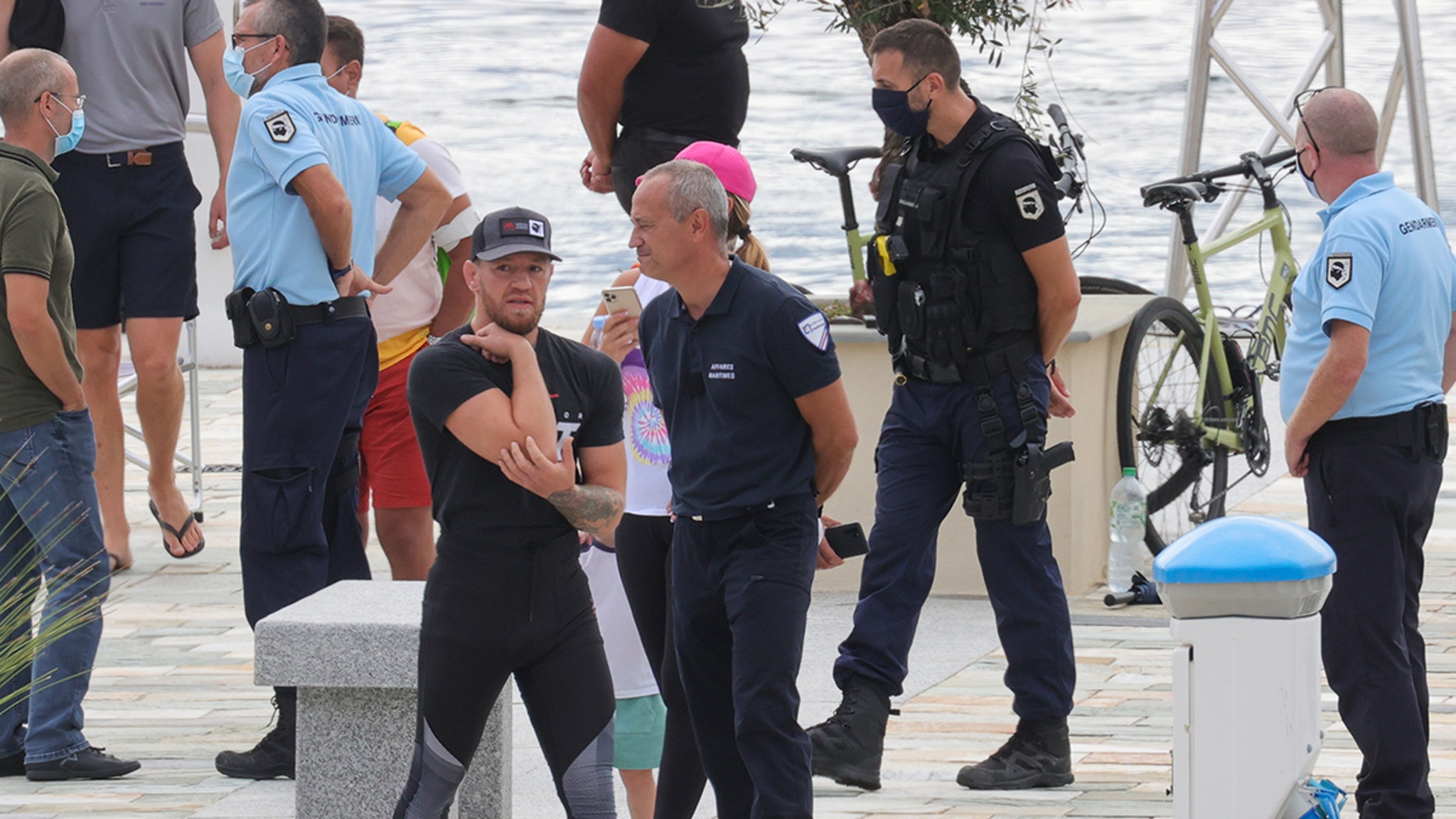 Breaking News
New photos out of Corsica show Conor McGregor speaking with police officers before he was detained and questioned over an alleged attempted sexual assault.
The photo agency says the pics were shot on Friday — one day before the local prosecutor’s office said McGregor “was the subject of a hearing” over the allegation.

McGregor was with his fiancee, their children and Conor’s parents at the time cops spoke with him on Friday.
The UFC star was in the area to participate in the Calvi Water Bike Challenge, an event hosted by his friend, Princess Charlene of Monaco.
McGregor reportedly withdrew from the event in the wake of the police incident.
Here’s what we know … a person filed a complaint against McGregor on Thursday, Sept. 10 — accusing him of “attempted sexual assault and sexual exhibition,” according to prosecutors.
A spokesperson for the prosecutor’s office later issued a statement saying McGregor was “arrested and placed in custody by the judicial authorities.”
“He was released on Saturday.”
Reps for McGregor insist NO CHARGES have been filed against Conor at this point — and he adamantly denies the allegations against him.
Officials have not released details about the allegations — but France 3 Corse (local TV network) is reporting McGregor “exhibited his private parts to [a young woman] without her consent as she made her way into the bar restroom” on Sept. 6.
McGregor’s manager, Audie Attar, issued a statement to MMA Fighting, saying, “I am irate and putting out a warning loud and clear: Conor McGregor is not and will not be a target for those seeking to score a headline or a payday,” suggesting the whole thing is a shameless attempt at a payday.
This article was originally published by Tmz.com. Read the original article here.