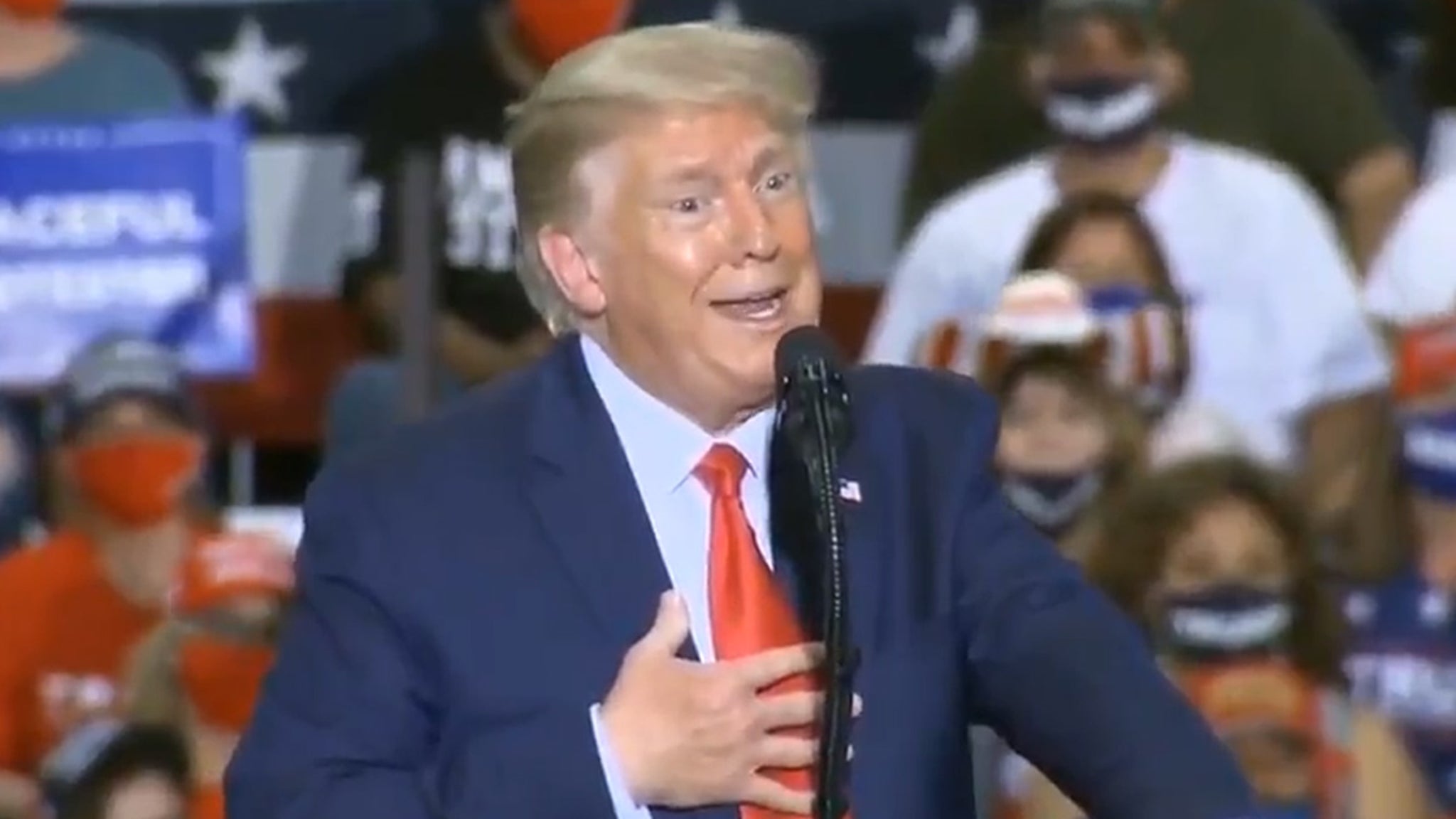 Breaking News
Donald Trump was STOKED to have some of the UFC’s best fighters at his Nevada rally Sunday … and raved about their talent, muscles and brains.
Colby Covington, Henry Cejudo, Justin Gaethje and Dana White were all sitting right near POTUS as he spoke in front of thousands of supporters at an Xtreme Manufacturing facility in Henderson, NV.

First, Trump heaped praise on White — his longtime friend and supporter.
Trump said White turned UFC into a success while critics claimed the sport of MMA was just too violent for the American people.
“They just don’t know how violent the American people are,” Trump said proudly … “They never quite figured it out.”
Trump also had words for the fighters — who were all decked out in fancy suits.
“Underneath those beautiful suits are a lot of muscles,” Trump said … “A lot of power, a lot of genius for fighting and for other things … but a lot of genius under those suits.”
Trump and Colby Covington go back years — POTUS famously called Colby after he defeated Robbie Lawler in August 2019 … and spoke about that fight at the rally.
“[Covington] took [Lawler] apart so easily, it was like an easy day at the office,” Trump said.
The two also shared a 1-on-1 moment at the event — where Colby tried to kiss Trump’s hand or something? It was weird.

Covington fights Tyron Woodley on Sept. 19 in Vegas — POTUS says he will be watching.
Ali AbdelAziz — who manages Henry Cejudo and Justin Gaethje was also on hand for the event … and called it a “great honor” to attend.
“I had the great honor today to meet the president of the United States @realdonaldtrump Thank you for the kind words Mr. President. Also thank you @danawhite for the introduction.”
This article was originally published by Tmz.com. Read the original article here.