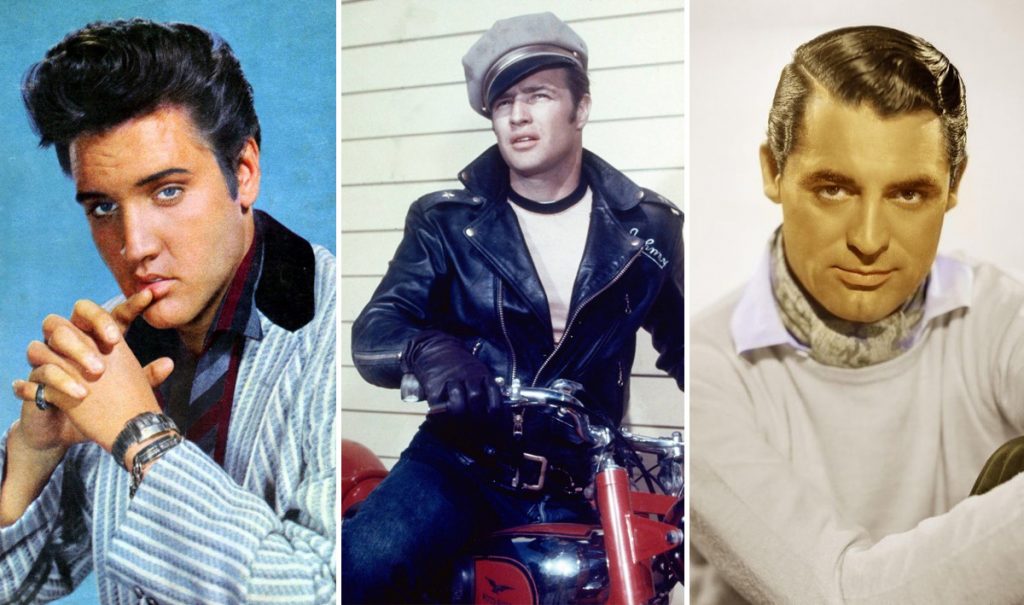 Male beauty isn’t something we talk about very often, but it has changed just as much as female beauty over the last few decades. And if we dig deeper into pop culture history, we’ll find out that men used to look very different from what we’re seeing today. Guys went from ‘the manlier, the better’ to some sweet-looking dudes and even sweeter-looking teens. But one thing we can say for sure – handsomeness is still trendy! Here’s how male beauty changed over time – from 50s till now.

50s were the time of flirty rockabilly and passionate singers like Elvis Presley dancing and singing their hearts out on stage. Actor Marlon Brando was one of the biggest male trendsetters of the time. He popularized the ‘tough boy’ look he rocked in The Wild One movie – riding a motorbike in a leather jacket.

60s got more frivolous in terms of male beauty. Everything was accepted – from stars with boyish features and dreamy eyes to athletic men and skinny rock stars. Alain Delon was the poster boy of the 60s and kept thousands of women glued to the screens with his handsome looks. It was also the time of psychedelic rock and hippie movement, so the boundaries of what was considered beautiful for men went as broad as possible. Figures like Mick Jagger and Jim Morrison captivated millions of people with their looks, talent, and charisma.

While middle-class men didn’t think much about looking athletic and muscular, the movie industry experienced a testosterone boom with Arnold Schwarzenegger and Sylvester Stallone rising to fame. It was the beginning of a bodybuilding craze that would take over the 80s, but the most famous actors still looked just moderately athletic, using their charisma more than their body. Think Harrison Ford, John Travolta, Robert De Niro, and Al Pacino. The 70s musicians developed a somewhat quirky fashion, sporting glam rock attires and crazy makeup. David Bowie was one of the biggest inspirations of that time.