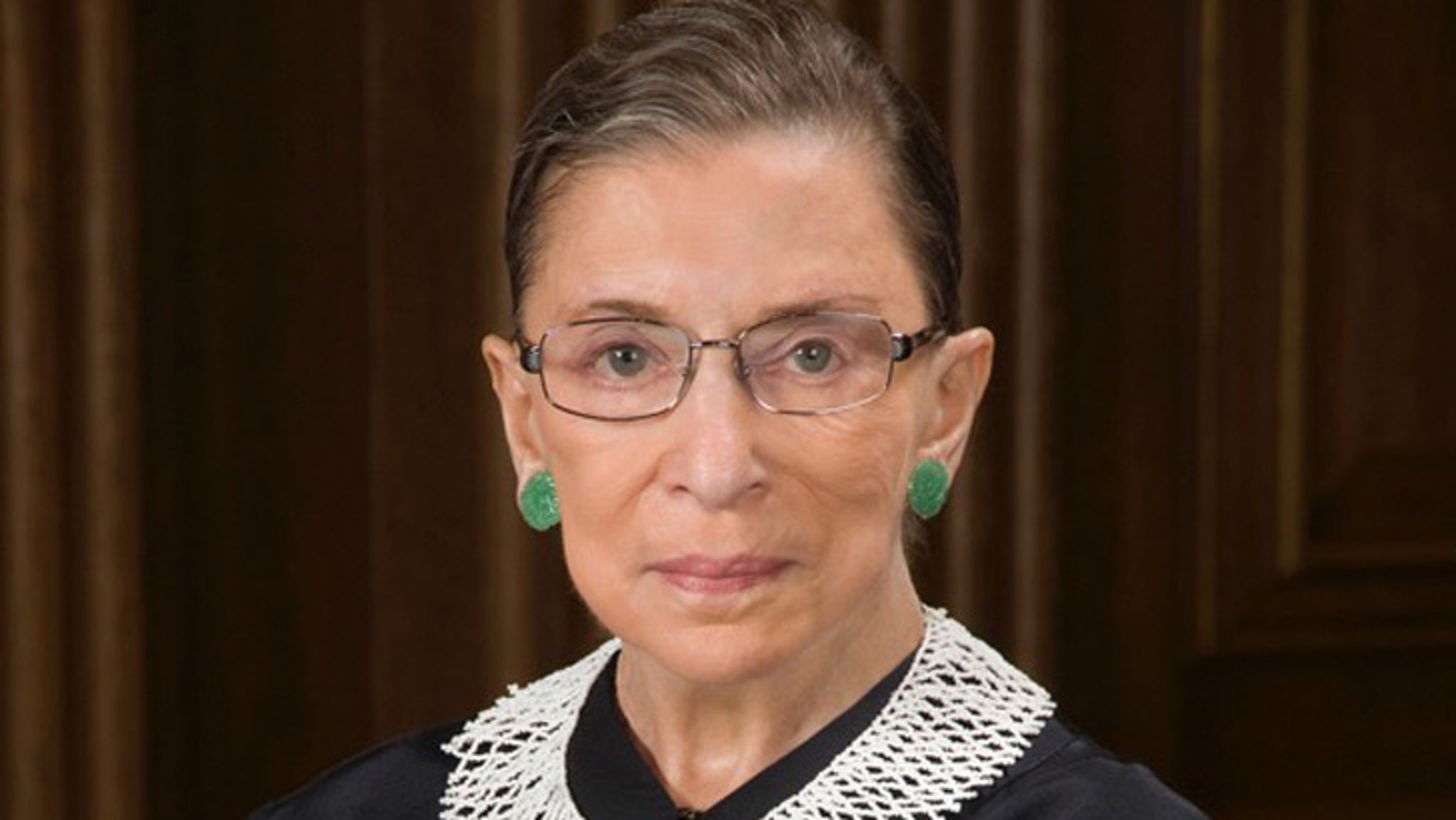 Politics
Share on Facebook
Share on Twitter
Share on Pinterest
Share on LinkedIn
Ruth Bader Ginsburg, the backbone and soul of the liberal wing of the Supreme Court and an iconic American figure has died.
Ruth died Friday from complications from cancer … according to multiple reports.
RBG was known for her fiery dissents and intense work ethic. Ruth didn’t miss a single day of work until this January, a striking fact considering she’s battled 3 kinds of cancer since being appointed to SCOTUS by President Clinton in 1993.
Ruth was the first female Jewish Justice, and the second of four women to ever sit on our nation’s highest court. She filled the seat vacated by retiring Justice Byron White.
A pop culture icon, RBG is the subject of the new biopic, “On The Basis of Sex,” which stars Felicity Jones as a young Ginsburg and Armie Hammer as her husband. Ruth has a cameo in the film.

Before she became the Notorious RBG … Ruth was a high school twirler who also played for her school orchestra at James Madison HS in southeast Brooklyn, graduating in 1950.
Ruth earned her bachelor’s degree from Cornell University. She got married and became a mother before starting law school at Harvard. RBG transferred to Columbia Law School, where she graduated at the top of her class.
RBG turned to academia after law school. She was a professor at Rutgers and Columbia, teaching civil procedure as one of the few women in her field.
She became one of the leaders of the women’s equality movement … arguing many landmark cases before the Supreme Court and winning almost all of them.  When she began practicing, SCOTUS never rejected a sex-based law, but that all changed when Ginsberg mounted challenge after challenge.
She famously represented a female soldier who was denied housing, medical and dental benefits because the law required if a woman was applying for benefits her husband had to be substantially financially dependent on her.  The Court saw it Ruth’s way, ruling the law unconstitutional by an 8 – 1 margin.
In one gripping moment during oral argument, she quoted famed abolitionist Sarah Grimke told the justices, “I ask no favor for my sex: All I ask of our brethren is that they take their feet off our necks.”
President Jimmy Carter appointed Ruth to the U.S. Court of Appeals in 1980, where she served until her appointment to SCOTUS.
She was adored by all … from her fellow Justices, to her law clerks to her staff.  One of her closes friends was her intellectual rival — Justice Antonin Scalia.
Ruth did not get one wish.  She dictated a statement to her granddaughter a few days back … “My most fervent wish is that I will not be replaced until a new president is installed.”
Trump could nominate someone to fill Ginsberg’s seat before the election.  It’s unclear if he could push it through, although he does have a slim majority in the Senate, which must confirm the nomination.

Ruth is survived by her daughter, Jane, and her son, James. Her husband of 56 years, Martin, died in 2010.
Ruth was 87.
RIP
This article was originally published by Tmz.com. Read the original article here.