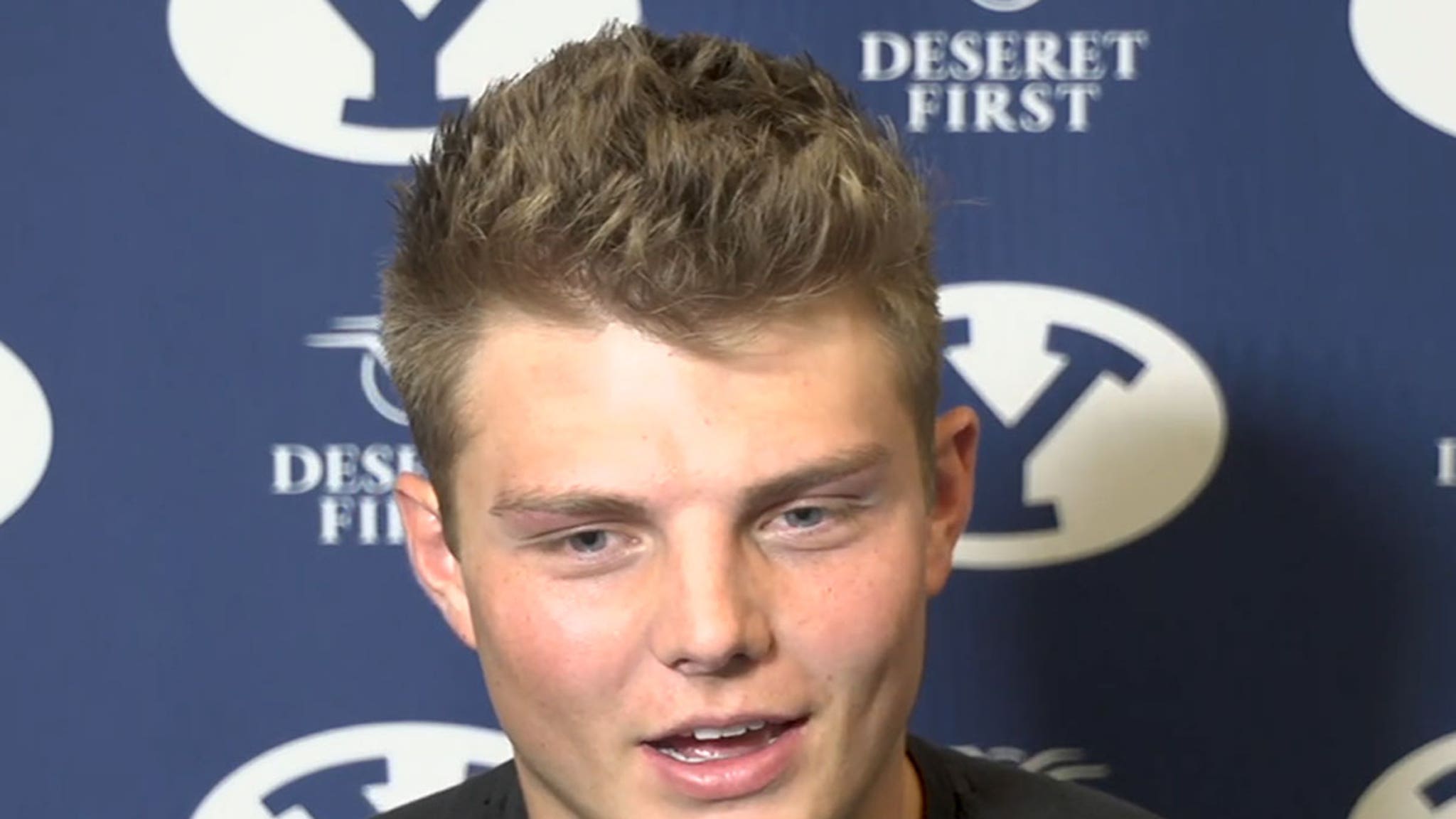 BYU star QB Zach Wilson says he’s NOT concerned about the potential long-lasting effects of COVID … telling reporters Monday he’s siding with Kirk Cousins‘ “If I die, I die” approach to the virus.
Wilson revealed he was diagnosed with COVID back in July after a “little gambling night” with some of his Cougar teammates.
Zach says his symptoms were “nothing crazy” … claiming he was just tired, fatigued and felt like he had a cold.
But, when he was asked if he was concerned about lingering effects of the virus down the road … Wilson channeled Cousins — and said point-blank no.
Trending
New Action Movies 2020 Full Length English latest HD New Best Action Movies
“Personally, for me,” Wilson said, “I’m kind of like, what Kirk Cousins said a little bit. I know he got harped on for it. But, you know, I would rather play football than ever worry about any of that kind of stuff.”

Former Washington Football QB Kirk Cousins is fine with getting the coronavirus!!

You’ll recall … Cousins said on a podcast this summer that he was not afraid of the virus, adding he’d much rather go about his daily life normally than worry about the illness.
“I’m going to let nature do its course,” the Vikings QB famously said. “And just say, if it knocks me out, it knocks me out. I’m going to be OK.”
Wilson echoed those sentiments with his comments Monday … despite revealing one of his favorite high school teachers is currently in the ICU battling the virus.
“I know it affects everyone differently,” Wilson said. “But for me, and I know a lot of other guys on the team feel the same way, you know, honestly we would rather just play football than ever worry about this.”
Wilson — a 6-foot-3, 210-pound junior — has been BYU’s starter since 2018 … and threw for 232 yards in the team’s season-opening win over Navy earlier this month.
This article was originally published by Tmz.com. Read the original article here.