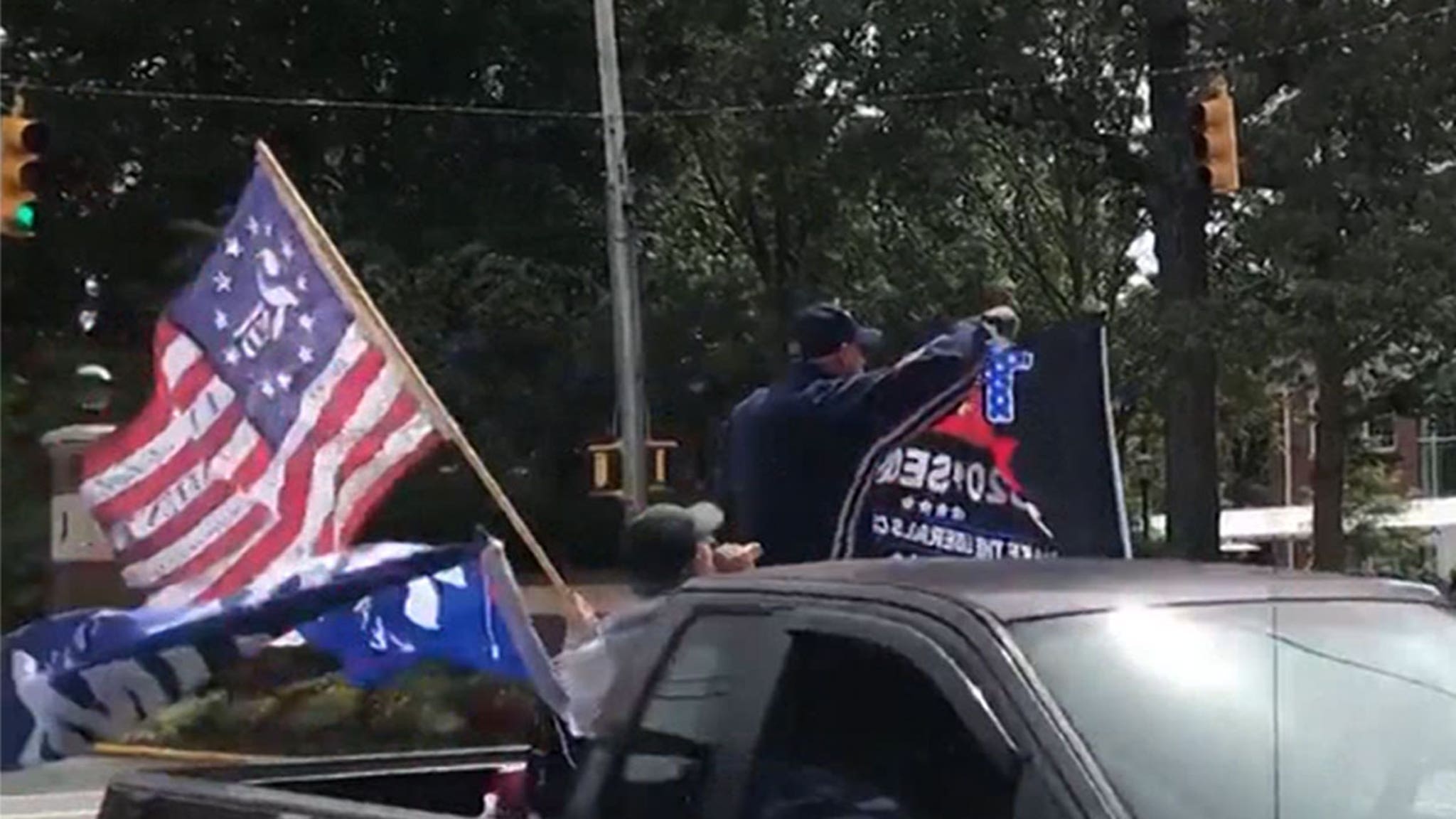 Shortly before President Trump‘s North Carolina rally, a group of his supporters were rolling deep and screaming racist rhetoric in the streets, not too far from where he’d touch down.
A convoy of pickup trucks decorated with Trump 2020 stickers and American flags roared through downtown Elon, NC Saturday … where some folks in their vehicles screamed out “white power!” to bystanders watching them go by. You hear it clearly, at least twice.
According to the Triad City Beat, which first posted the incident, a local professor was standing quietly on the corner — which you can also see in the video — holding a “Black Lives Matter” sign. That appears to be what triggered all the honking and hate speech.
Trending
Best Action Films Full Movie English 2020 – New Action Movies 2020 Full Movie HD – New
TCB reports the convoy was organized by local neo-Confederate activist Gary Williamson.

Mind you, Trump held a rally in nearby Fayetteville, NC … just a couple hours south of Elon.
Another reminder of the great divide in this country … and what’s on the ballot come November.
This article was originally published by Tmz.com. Read the original article here.