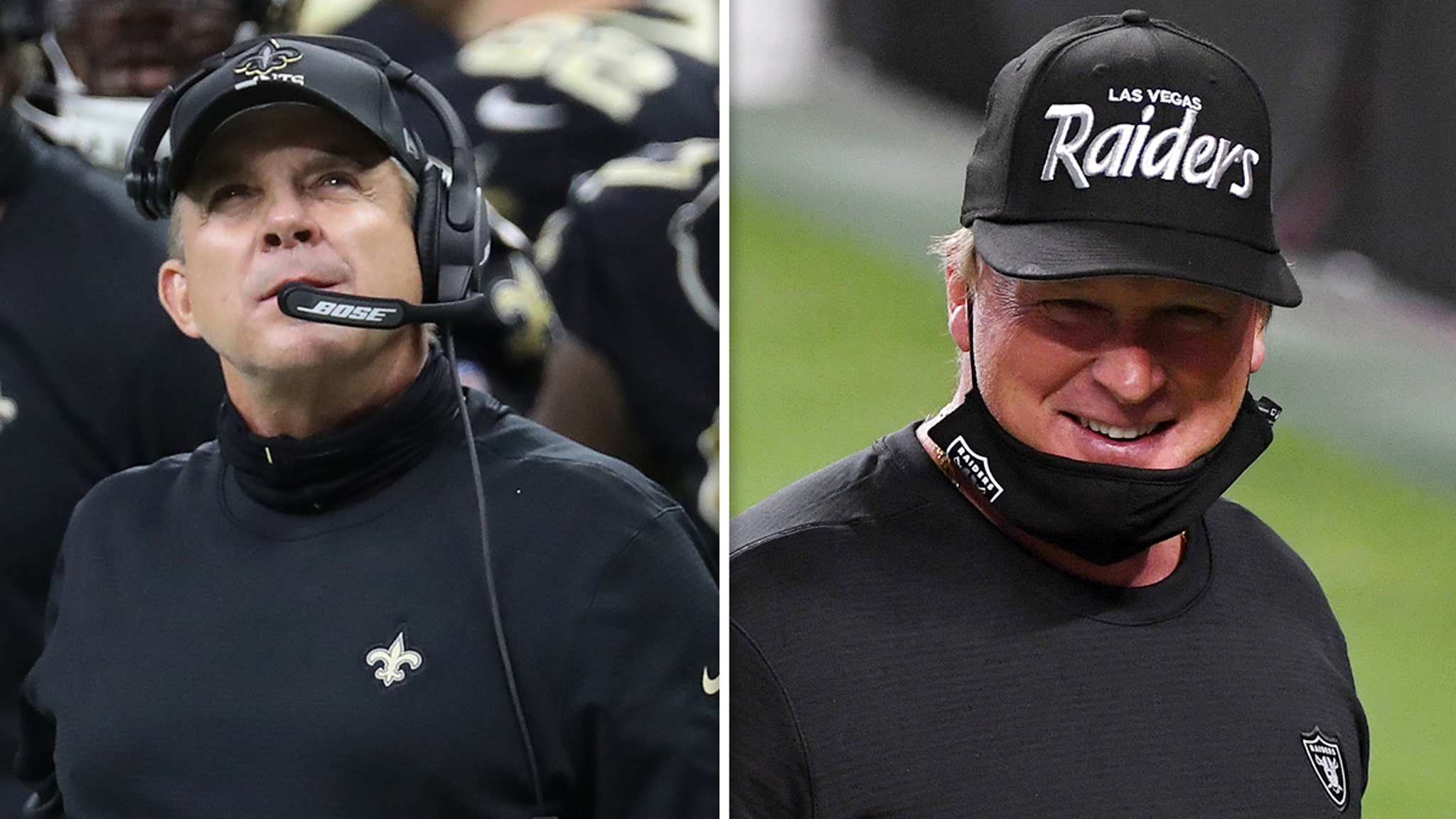 Breaking News
2:33 PM PT — Well, you can’t say you didn’t see this one coming …
The NFL has now handed down even more punishment for coaches flouting COVID mask policies … with the league hitting Raiders’ Jon Gruden and Saints’ Sean Payton with $100k fines for their lack of face coverings on “Monday Night Football.”
The Shield also fined Gruden and Payton’s respective teams $250k each … NFL Network’s Tom Pelissero reports.
The NFL just put its foot down and HEAVILY fined Pete Carroll and two other head coaches for not following COVID mask rules … and more punishments could still be on the way.
Trending
Best Action Films Full Movie English 2020 – New Action Movies 2020 Full Movie HD – New
The league has had a serious issue with its coaches not properly wearing their face coverings during games … and it got so bad in Week 1, officials issued a warning, saying if things didn’t change, penalties would ensue.
Seems Seahawks’ Carroll, 49ers’ Kyle Shanahan and Broncos’ Vic Fangio didn’t care much … because they were spotted throughout their Sunday games with no masks on.

On Monday, the league hit them all — and their respective teams — with serious fines for the rules violations … with multiple reports saying each guy was docked $100,000.
Their teams, meanwhile, were reportedly hit with $250,000 fines as well.
These likely won’t be the last of the punishments this week either … because both Raiders’ Jon Gruden and Saints’ Sean Payton didn’t wear their masks properly on “Monday Night Football.”

In fact, Gruden wore his mask so little during the game … he was asked about it afterward — and that’s when he revealed he’s actually had the coronavirus and is prepping for a fine nonetheless.
“I’m doing my best,” Gruden said. “I’ve had the virus. I’m doing my best. I’m very sensitive about it, but I’m calling plays. I just want to communicate in these situations and I apologize and if I get fined I’ll have to pay the fine, but I’m very sensitive about that and I apologize.”
Stay safe out there, people!
This article was originally published by Tmz.com. Read the original article here.