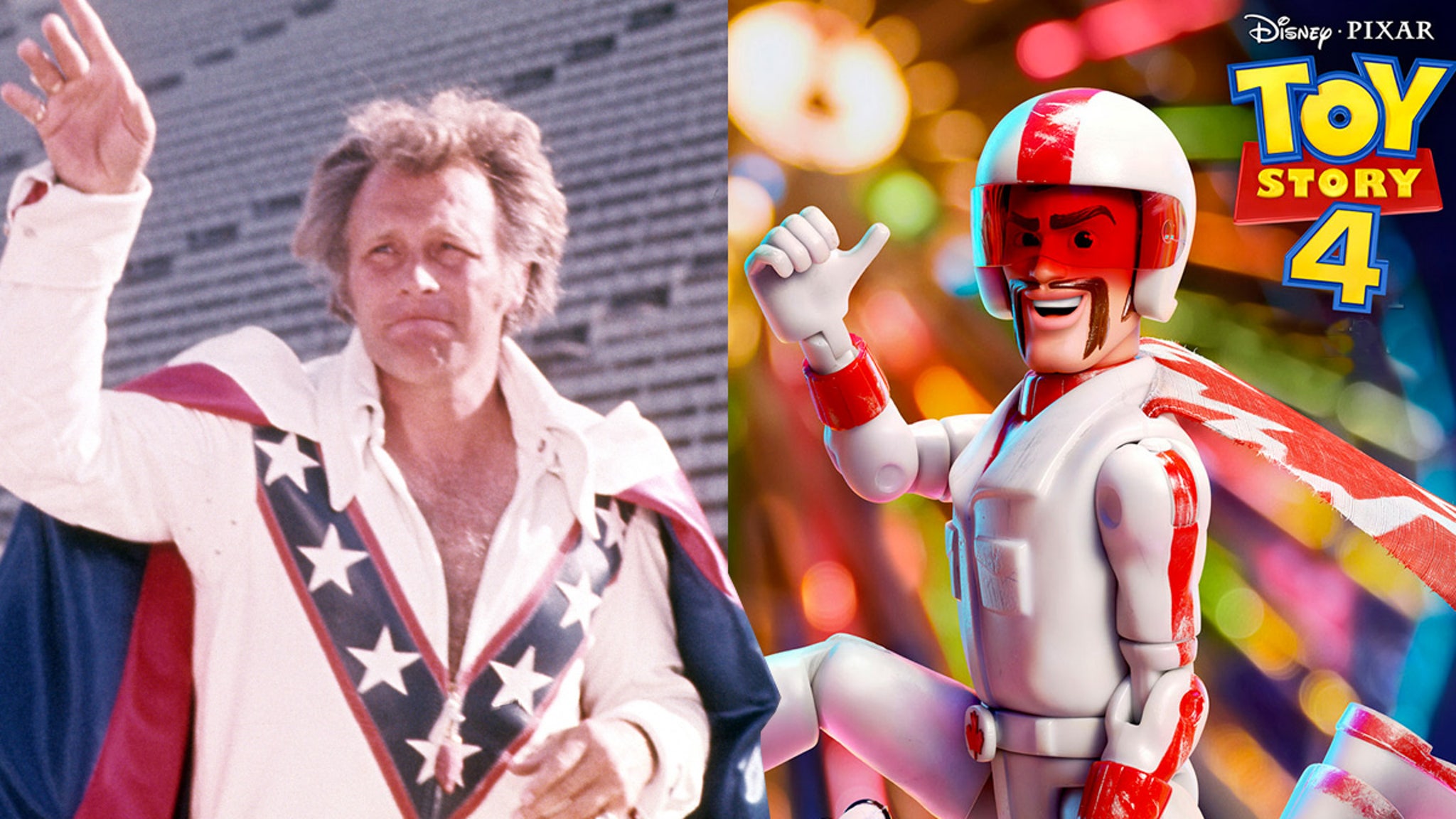 Exclusive
If the “Toy Story 4” character Duke Caboom reminded you of Evel Knievel, you’re not alone — the folks in charge of his image and likeness thought so too … and now they’re suing.
A company called K&K Promotions just filed suit against Disney, Pixar and whole a bunch of their subsidiaries … claiming the stuntman driver toy that Keanu Reeves voiced in the latest ‘Toy Story’ flick is a clear and obvious rip-off of the legendary American motorcycle daredevil.
More importantly, K&K claims they own all the rights to Evel Knievel’s likeness, persona, and brand and says the Mouse House did NOT get any type of approval to base one of their characters after Evel.
Trending
Best Action Films Full Movie English 2020 – New Action Movies 2020 Full Movie HD – New
If you’ve seen the movie … this one’s easy to spot as far as the similarities go — and it would appear critics and other junket interviewers thought so too, according to the lawsuit.

Per the docs, obtained by TMZ, K&K say that Evel’s style, influence and even a nod to his famous stunt cycle toy from the 70s is clearly sprinkled throughout the film — of course, Duke himself is dubbed as the greatest Canadian stuntman, and he even comes with an energizer to wind up and release his bike … much like the Evel toy from back in the day. They attached photos … it’s a thing.
K&K even allege Disney instructed its ‘T4’ cast and other people involved in the production to go out of their way to avoid using Evel’s name during interviews, as well as other trademarked items. For example, they claim Tom Holland was doing mental gymnastics in an interview about why they called his character Forky, when he looks more like a Spork.
According to K&K, it’s because Disney was worried about running afoul of existing trademarks for the term “spork” … and tried getting around using it, but still kinda used it in the end — sorta like K&K claims they did with Evel.
Of course, there’s also the merchandise aspect — K&K say Disney cranked out a ton of products from ‘Toy Story 4,’ including Duke Caboom toys, and made lots o’ cash from it.
So now K&K is dragging Disney to court — and yes, ya better believe they’re asking a judge for big-time damages.
This article was originally published by Tmz.com. Read the original article here.