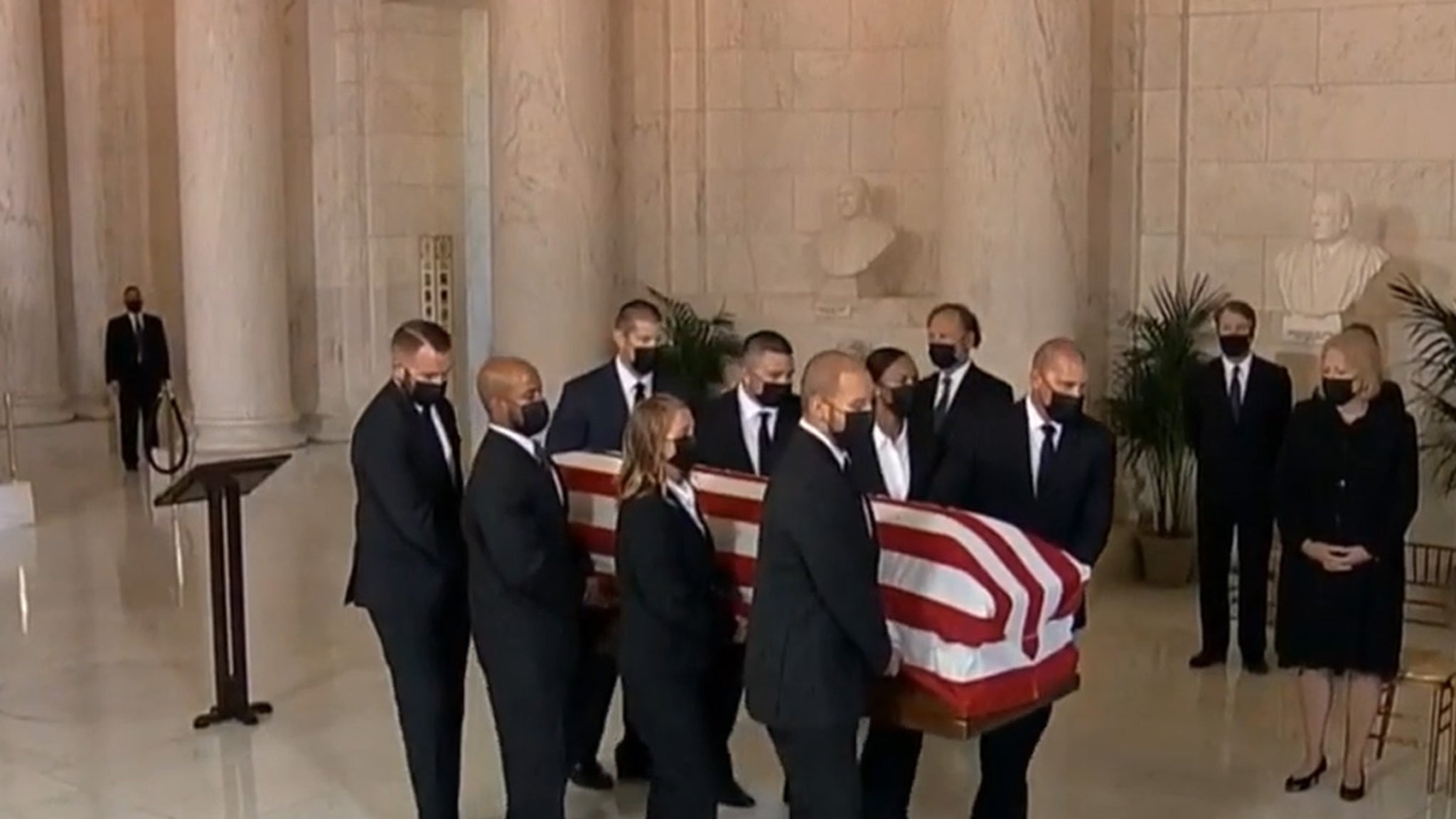 Ruth Bader Ginsburg is lying in repose in the house where she left a remarkable imprint — and the accolades were spectacular.
RBG’s casket was carried into the Great Hall in the Supreme Court building as her current and former law clerks lined the steps of the building and then entered to pay respects.

Her casket was placed on the Lincoln Catafalque … a distinct honor that is reserved for very special American dignitaries. She’s the first woman and the first Jewish person ever to rest on the Catafalque.
Chief Justice Roberts spoke to the crowd, as the remaining 7 justices looked on.  He talked about her precision in writing her opinions, her brilliance, and her collegiality.

Roberts joked about the famous picture of Ruth and Antonin Scalia — her close friend and ideological rival — as they rode an elephant in India. People asked Ruth why she was sitting on the back of the elephant, behind Scalia. Her answer — weight distribution.
Justice Ginsburg’s casket will remain at the Supreme Court most of the day Wednesday and Thursday and there is a public viewing between 11 AM and 10 PM — so as many people can come by and pay their respects. Normally, people would be allowed in — like they were for Justice Antonin Scalia — but the pandemic doesn’t allow for that.
President Trump has indicated he will visit the Supreme Court building over the next couple days as well … despite recently mocking her dying wish and suggesting it was faked.
There’s more news about the Justice being honored — her body will actually lie in state Friday at the U.S. Capitol, where her casket will be placed in National Statuary Hall. Houser Speaker Nancy Pelosi says there’ll also be a formal ceremony for invited guests only.
RBG will be the first woman and Jew to lie in state in the Capitol Rotunda.
She passed away last Friday after a battle with pancreatic cancer.
She was 87.
RIP
This article was originally published by Tmz.com. Read the original article here.