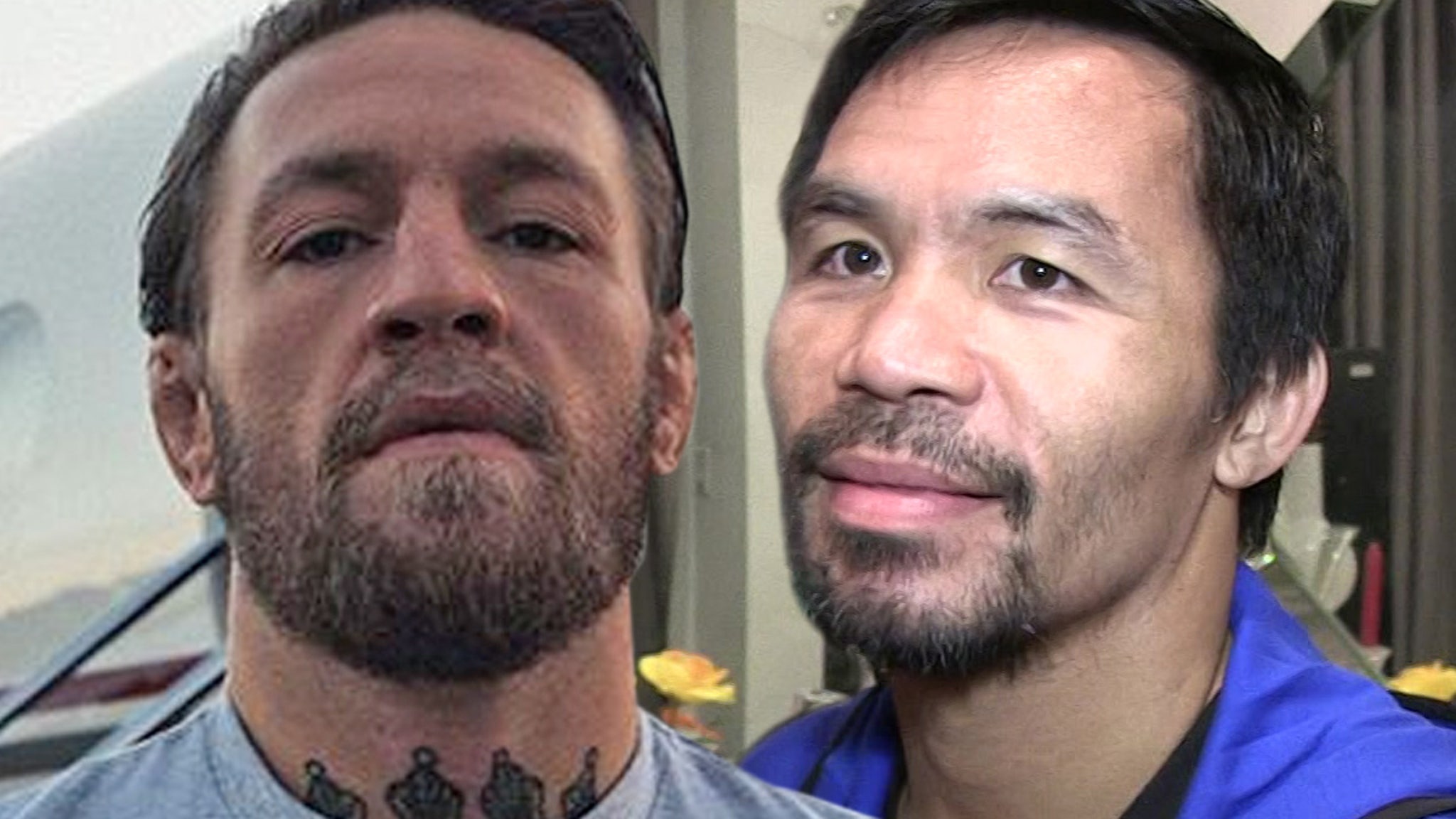 Breaking News
Conor McGregor says he’s got his next fight on deck … and it’s not in the Octagon — it’s a boxing match against Manny Pacquiao!!!
So … is this real, or is the dude blowing major smoke??
Here’s the deal — Conor went on a mini-rant on Twitter on Friday … posting Instagram DMs with Dana White that seemingly show he’s been begging to come out of “retirement” and take a fight.
“I was pushing hard for the season,” Conor says. “Multiple opponents, multiple dates offered throughout. All to take place back to back.”
He added … “Then when covid hit and the talk was that I would have to wait for crowds again, I walked away from the situation. I was waiting long enough at that stage.”
This all came to a head after Hall of Famer Diego Sanchez said he wanted his retirement fight to be against McGregor … which Conor seemed to be down with back in February, according to the DMs.
Nothing was able to come to fruition … and now Conor is telling his 8.2 million Twitter followers he’ll be back in the fight game … just not for UFC.
“Anyway all water under the bridge who gives a fook,” Conor tweeted. “I’m boxing Manny Pacquiao next in the Middle East.”
While the news is extremely exciting, it must be taken with the biggest grain of salt on the planet — Conor has been known to use his platform to express his frustrations in the past.
It IS pretty interesting, however, that Conor recently posted footage of himself training in the ring … so, coincidence??

White has also previously spoken on the possibility of setting up a Conor vs. Manny fight — saying, “I don’t care about that s**t.”
So … there’s that.
Story developing …
This article was originally published by Tmz.com. Read the original article here.