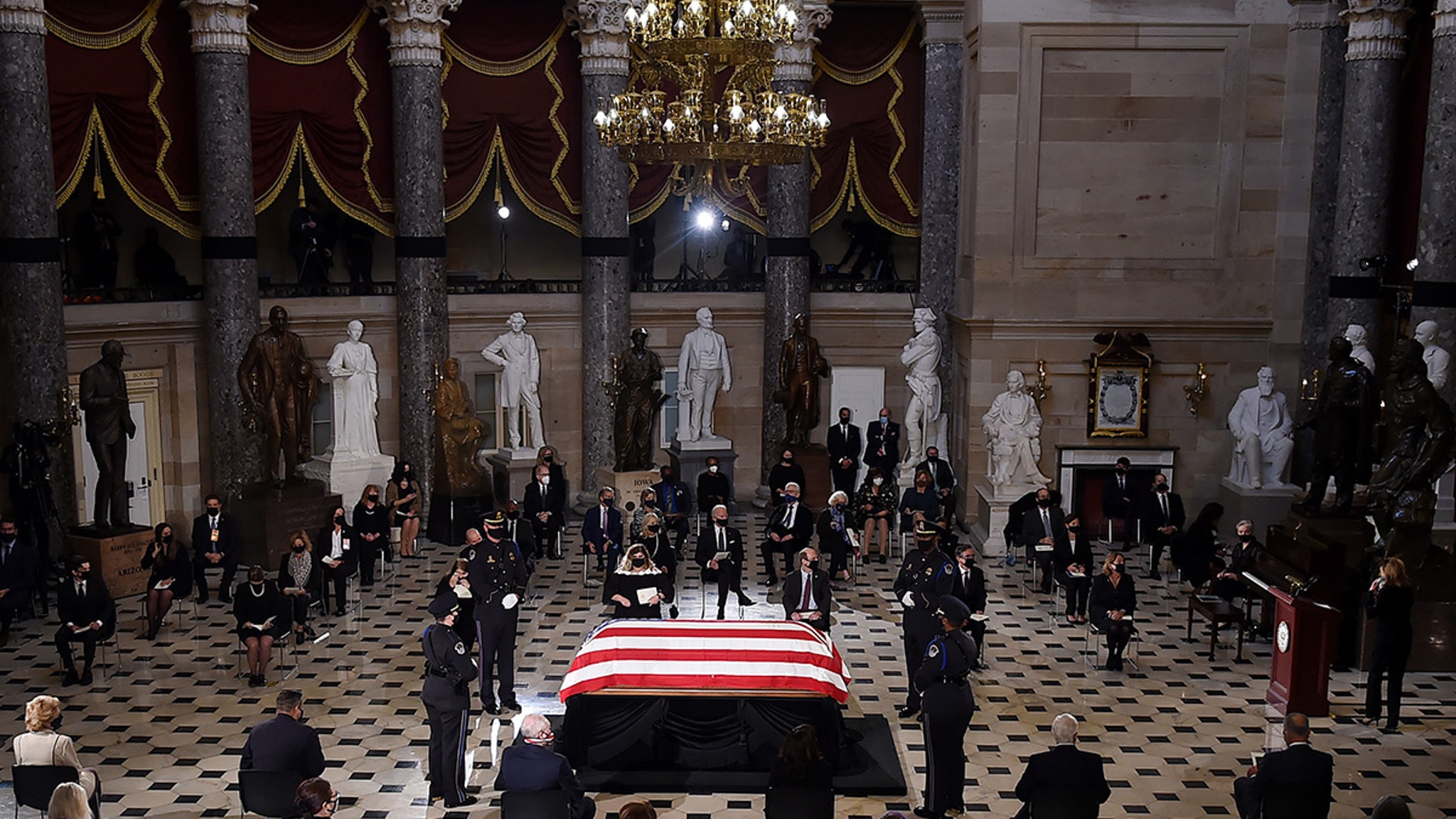 Ruth Bader Ginsburg is making history one final time — she’s now become the first woman to lie in state in the U.S. Capitol.
RGB’s casket arrived Friday morning for a memorial service at Statuary Hall attended by Presidential candidate Joe Biden, Vice Presidential candidate Kamala Harris, House Speaker Nancy Pelosi and other dignitaries.
A military honor guard carried RGB’s casket into the Capitol and then Statuary Hall. For perspective, only about 30 Americans — including 12 U.S. Presidents — have lain in state at the Capitol since 1852, all men.
It should be noted … Civil Rights icon Rosa Parks was given a lying in honor tribute at Statuary Hall in 2005, and the Rev. Bill Graham got the same honor in 2018. But, RGB becomes the first woman — and the first Jewish person — to receive this honor. It marks the close of 3 days of memorials.
As we reported, President Trump paid respects Thursday while she lied in repose at the Supreme Court, but was greeted with boos and chants of “vote him out”. Neither Trump nor Vice President Mike Pence attended Friday’s ceremony.
RGB’s family will reportedly hold a private burial next week at Arlington National Cemetery.
This article was originally published by Tmz.com. Read the original article here.