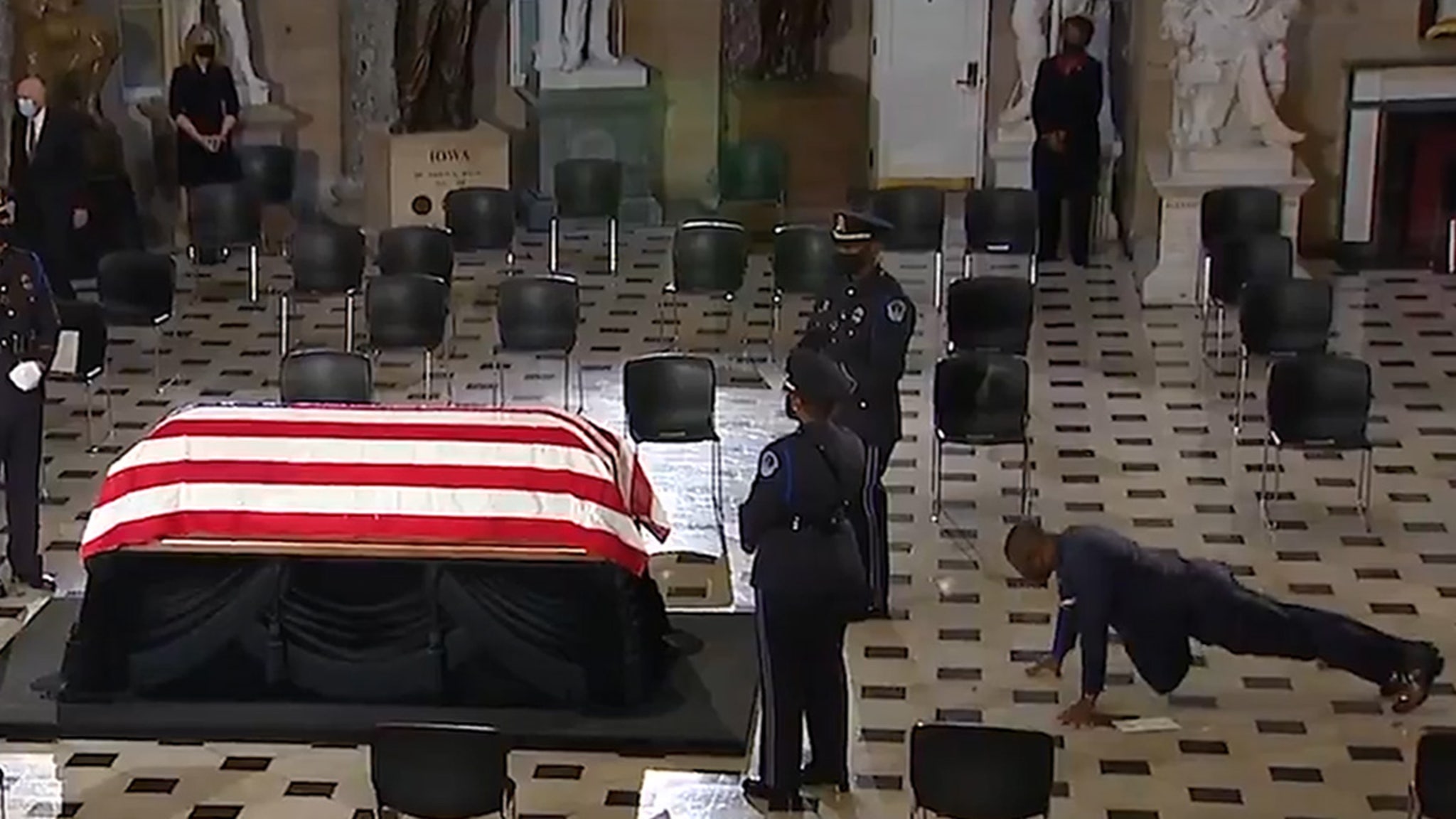 Ruth Bader Ginsburg‘s longtime trainer said goodbye to the late Supreme Court Justice with an ode to their notorious workouts … doing push-ups in front of her casket.
Bryant Johnson dropped down and gave RBG 3 push-ups as he paid his respects before her casket Friday, which is lying in state in the U.S. Capitol.
It was a powerful moment … and Bryant said farewell by doing the exercise in a full suit, though he made it look easy. It’s not.
As you know … Ruth was famous for her rigorous workout routine, which helped keep her working on SCOTUS until she was 87. RBG even invited Stephen Colbert to D.C. to show him how she kept fit in the gym, and Bryant was right by her side during the ‘Late Show’ segment.
Ruth passed away last Friday after a long battle with pancreatic cancer, and her family is having a private burial next week at Arlington National Cemetery.
This article was originally published by Tmz.com. Read the original article here.