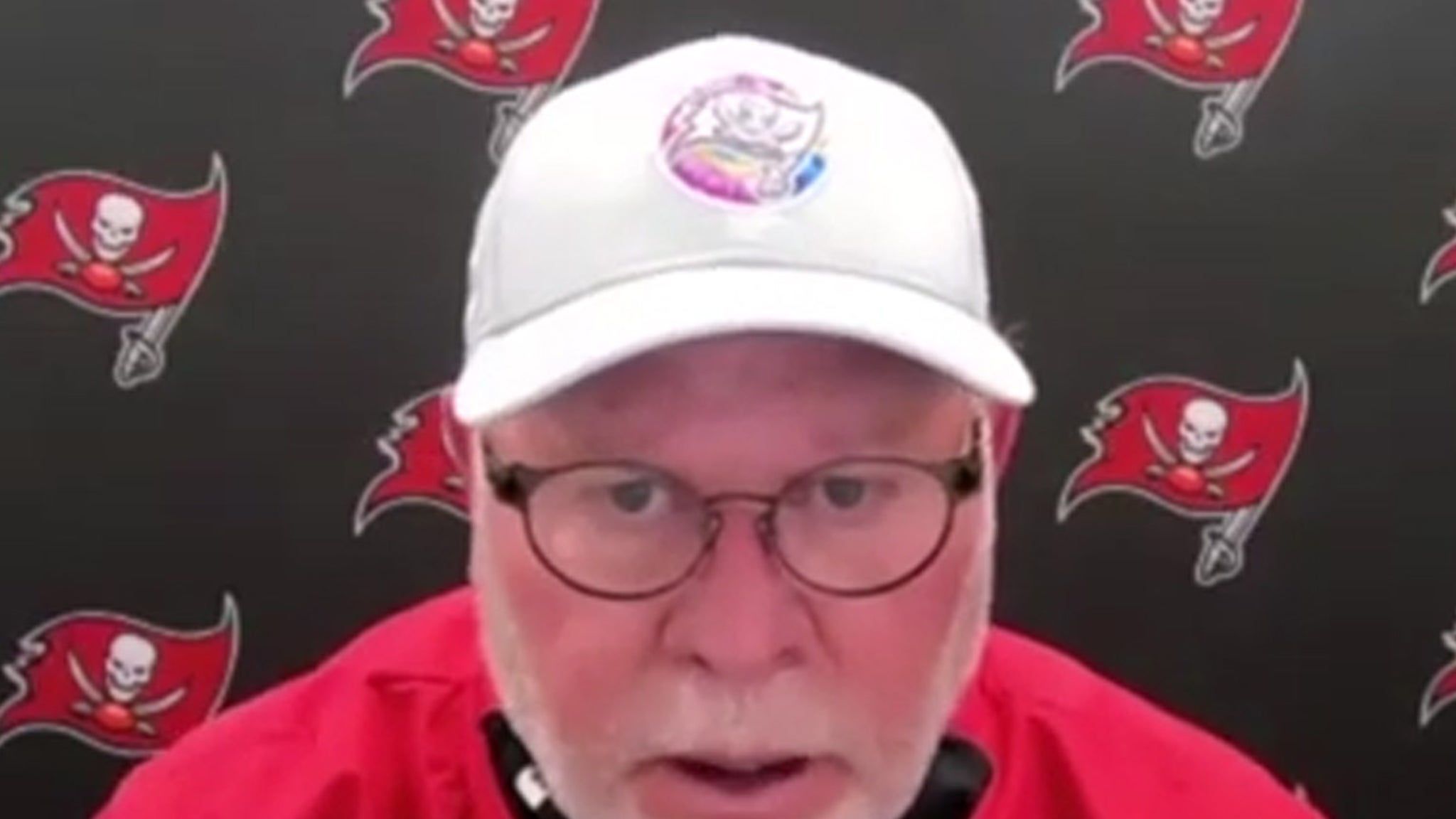 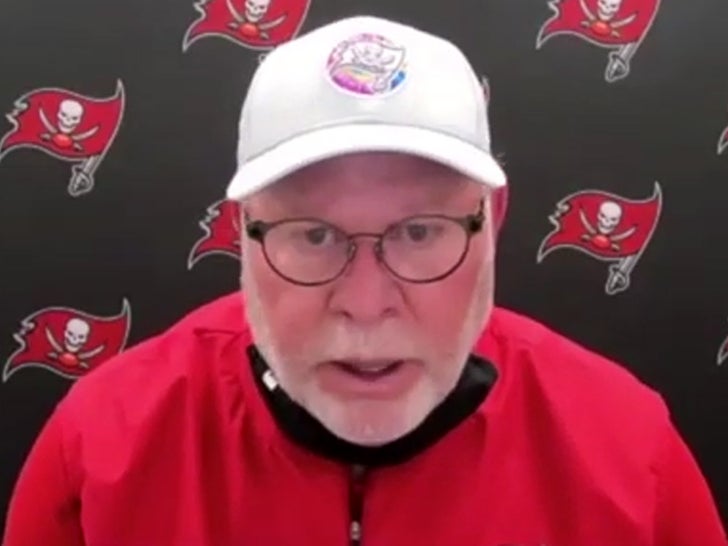 “I think he’s matured, and I believe in second chances,”
That’s Tampa Bay Buccaneers coach Bruce Arians explaining why he approved of the team signing Antonio Brown … despite his problematic history.
As we previously reported, the Bucs locked up AB in a 1 year contract — reportedly worth up to $2.5 million if he hits all of his incentives.
Brown is suspended through Week 8 for a variety of reasons — including an off-season arrest for a variety of reasons including attacking a moving truck driver, allegations of rape, and sending menacing text messages to a woman who accused him of sexual misconduct.
Arians had previously said the Bucs were not interested in Brown — but clearly had a change of heart. Many people speculated Tom Brady played a role, since they appeared to get along during AB’s short stint in New England last season.
But on Sunday, Arians said that just isn’t true.
“Everybody wants to say that Tom picked him. Tom didn’t have anything to do with it,” Arians told the media.
“This was something [general manager Jason Licht] and I had been talking [about] for a couple weeks, ever since the injuries to our other guys.”
“When the time was right, would we see if we could pull the trigger and fit him in to what we want to get done? And we’ll see. If Antonio does what I think he’s gonna do, I think he’s gonna be fine.”
Arians was also asked what he would say to female fans about the move to sign Brown.
“I think you just let the court system do its job. Allegations — I’ve been around a lot of players that have had allegations that weren’t true, some were — so let the court system handle it. If it’s found out to be true, he won’t be with us.”
Tom Brady also weighed in on the signing …
“He’s a tremendous football player … I played with him for a brief period of time. Looking forward to working with him again, to see what role he can come in [and play]. He’s a very hardworking guy.”
“We’re all gonna go out there on the practice field and do the best we can do. And we’re gonna see how it all fits together.”
This article was originally published by Tmz.com. Read the original article here.
Share on Facebook
Share on Twitter
Share on Pinterest
Share on LinkedIn