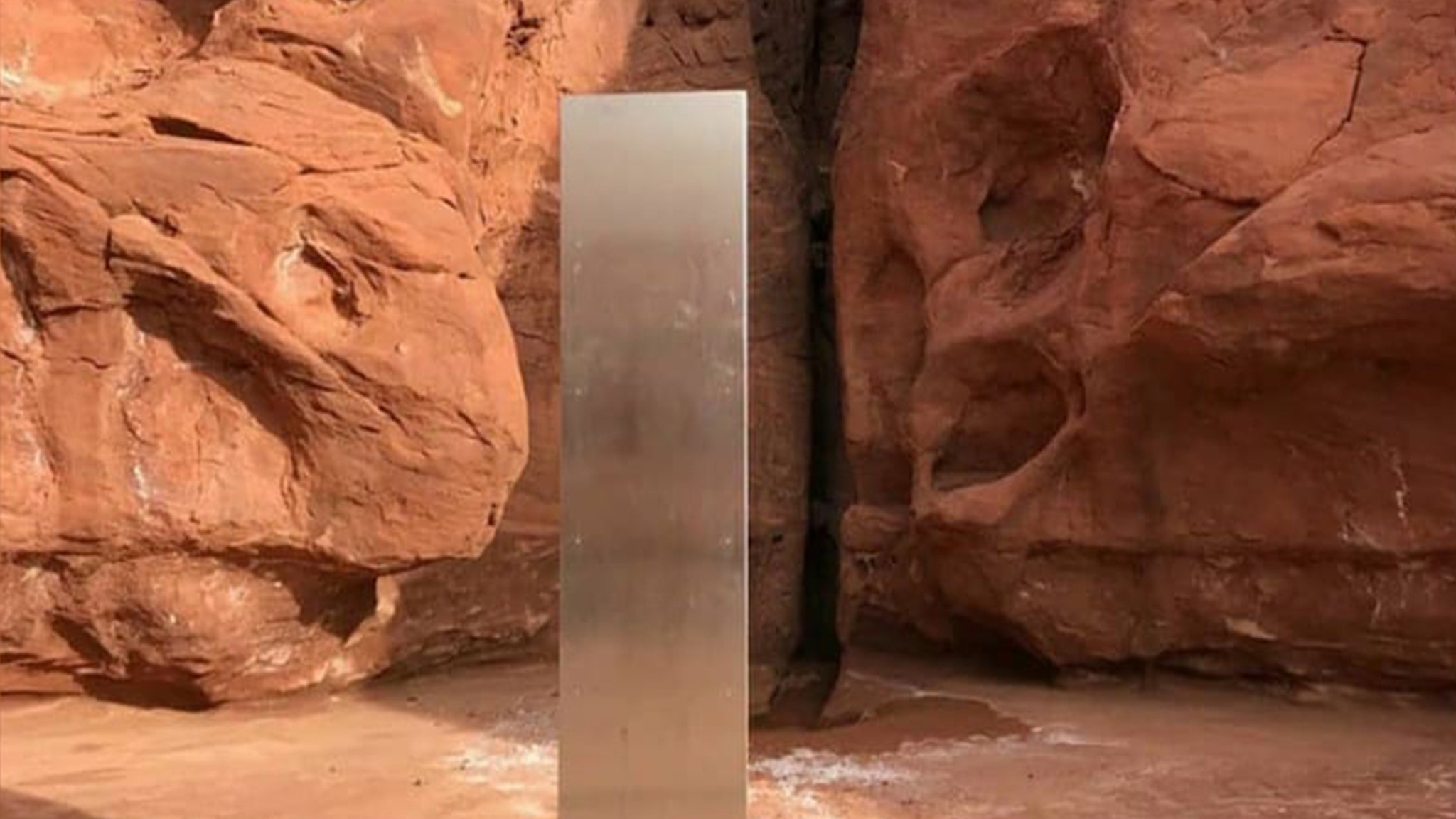 Cue up Richard Strauss’ ‘Also Sprach’ and the enchanting wailing sirens, because it sure looks like Stanley Kubrick’s classic sci-fi flick is coming to life … in the Utah desert.

A sleek metallic monolith was discovered last week in the middle of freakin’ nowhere — an incredibly remote area in the southeastern part of the state, according to officials at the Utah Department of Public Safety Aero Bureau.

Of course, that instantly reminded them and everyone else of ‘2001: A Space Odyssey” — which featured a similar monolith as a crucial part of the plot.

The government officials found it while they were helicoptering over the land to count bighorn sheep (no, they weren’t suffering insomnia) when someone spotted the monolith down below.

No word if there were any pre-evolution apes roaming around and killing each other with bones!

The object — which is estimated to be anywhere from 10 to 12 feet tall — is said to have been “installed” in the red rock ground … almost like it had been planted there. The UDPSAB team says it doesn’t know who put it there — no clues at this point.

Now, before you go jumping to alien theories … you should know the scientists say it’s like an art installation piece placed by someone (aka homo sapien) rather than any type of out-of-this-world phenomenon. In fact, they go so far as to scold whoever might’ve done it because it’s illegal. Still, they can’t find a culprit.

We know what you’re thinking, but officials aren’t giving away the monolith’s exact location because they fear people will come out searching for it, and get lost … and require rescue.