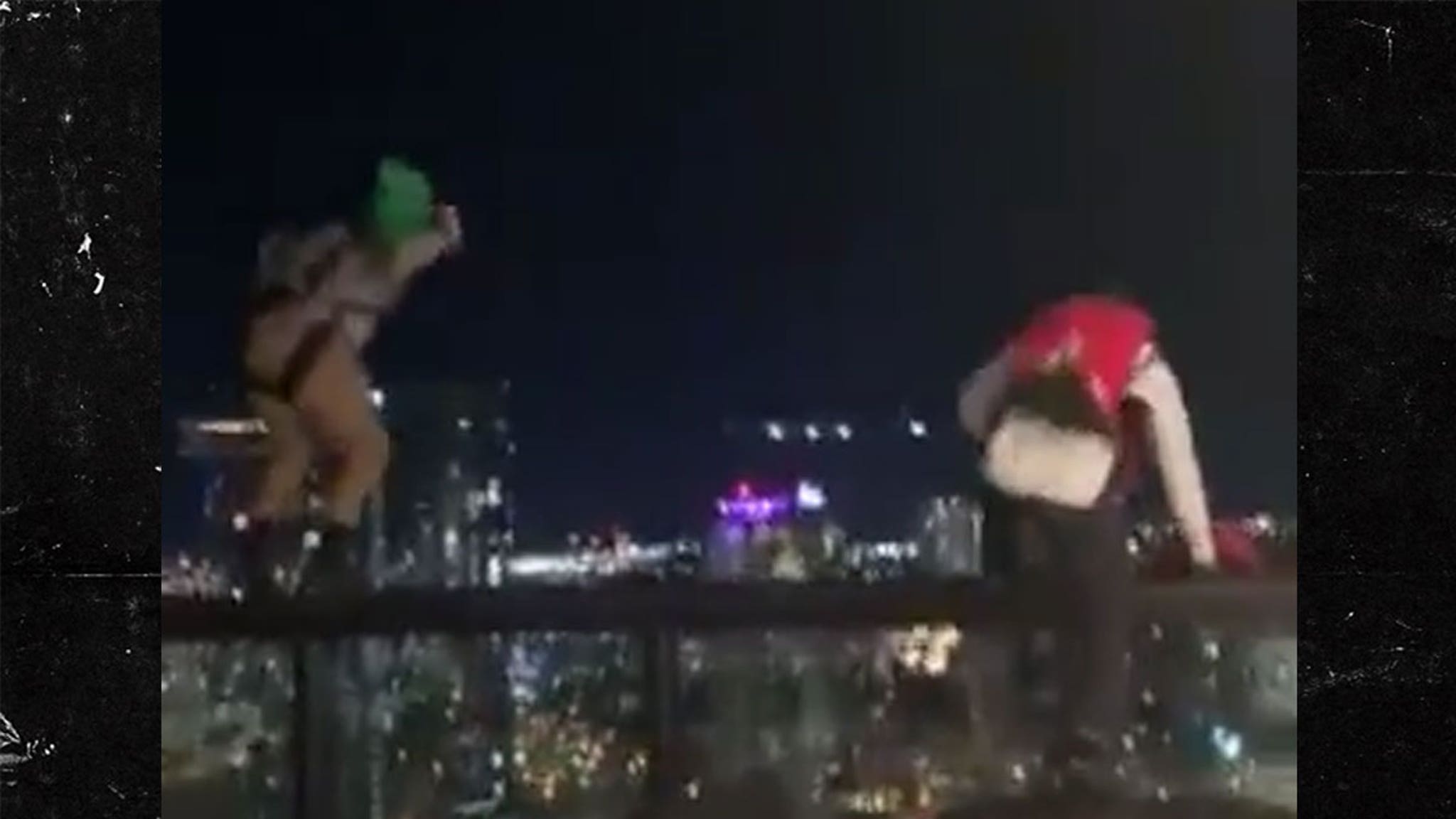 As if Nashville hasn’t had enough chaos descend upon it lately, here’s two doofuses causing even more of a panic by jumping off a hotel rooftop bar to ring in the new year.

This wild incident went down Friday at the Grand Hyatt in downtown — not too far from where Anthony Warner blew himself to smithereens just a few days prior. Two men were spotted standing on a ledge with parachute backpacks on … then, took a leap of faith.

Check out the video … you can see worried guests tell them they’re not allowed to do that, but these clowns continue on anyway. When it becomes clear they’re jumping — and then actually do it — people freak out and start screaming, including the camerawoman.

Miraculously, their chutes open … and the two BASE jumpers glide down above the Nashville streets. They eventually landed safely in a nearby parking lot, where they got into a waiting car and drove off without a trace. Cops are looking to talk to them now.

Now, as for who they might be, it’s still a mystery. The hotel has come out and said they were, in fact, guests staying there … and they’ve now been banned. Apparently, there’s surveillance footage the hotel has turned over to MNPD.

Weird week for the city … and this makes things stranger. Somebody call up Johnny Utah and tell him to bring in these “Point Break”-ers. He might be the only man for the job.