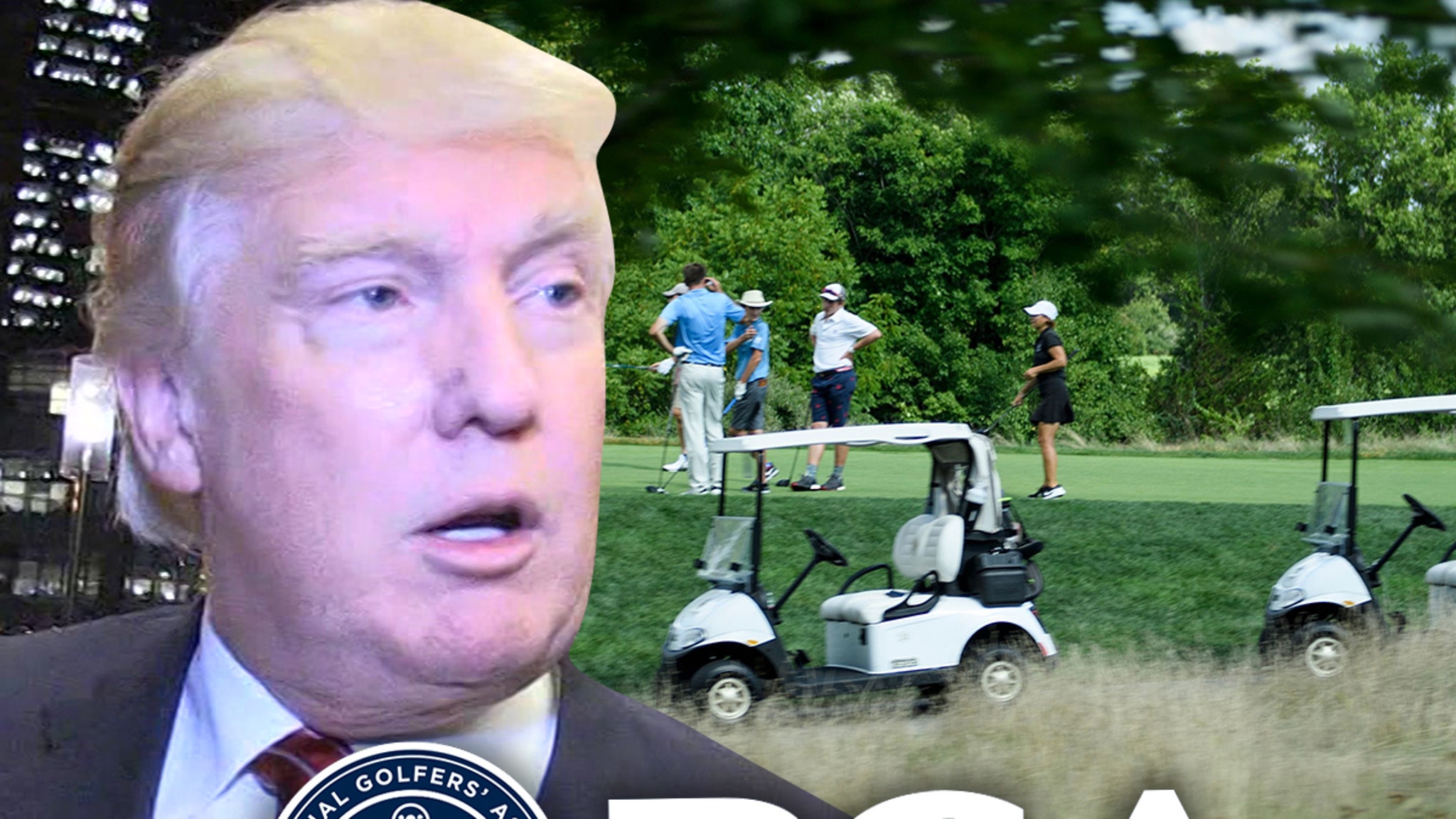 Another big loss for Donald Trump … the PGA says it’s now pulling a major golf event from one of the president’s courses, explaining playing there “would be detrimental” to the brand.

The golf org. made the announcement Sunday — formally shredding its plans to play the 2022 PGA Championship at the Trump National Golf Club Bedminster in New Jersey in the wake of the riots at the U.S. Capitol.

“It has become clear that conducting the PGA. Championship at Trump Bedminster would be detrimental to the P.G.A. of America brand,” PGA president Jim Richerson said in a video statement, “and would put at risk the PGA’s ability to deliver our many programs, and sustain the longevity of our mission.”

Seth Waugh, the CEO of the PGA, further explained the decision to pull the event Sunday night … telling the Associated Press it’s all related to Trump’s role in the unrest at the Capitol.

“Our feeling was given the tragic events of Wednesday that we could no longer hold it at Bedminster,” Waugh said. “The damage could have been irreparable. The only real course of action was to leave.”

For Trump’s part, POTUS’ org. said in a statement it’s “incredibly disappointed” with the PGA’s decision … adding, “This is a breach of a binding contract, and they have no right to terminate the agreement.”

FYI, the PGA Championship is one of golf’s four biggest events every year. It was held at TPC Harding Park in San Francisco this year and won by Collin Morikawa.

It’s unclear what course will now host the ’22 event.

By the way, this is not the first time the PGA has pulled an event from a Trump course … back in 2015, it terminated the PGA Grand Slam of Golf at Trump National in L.A. over disparaging remarks about Mexican immigrants made by Donald.