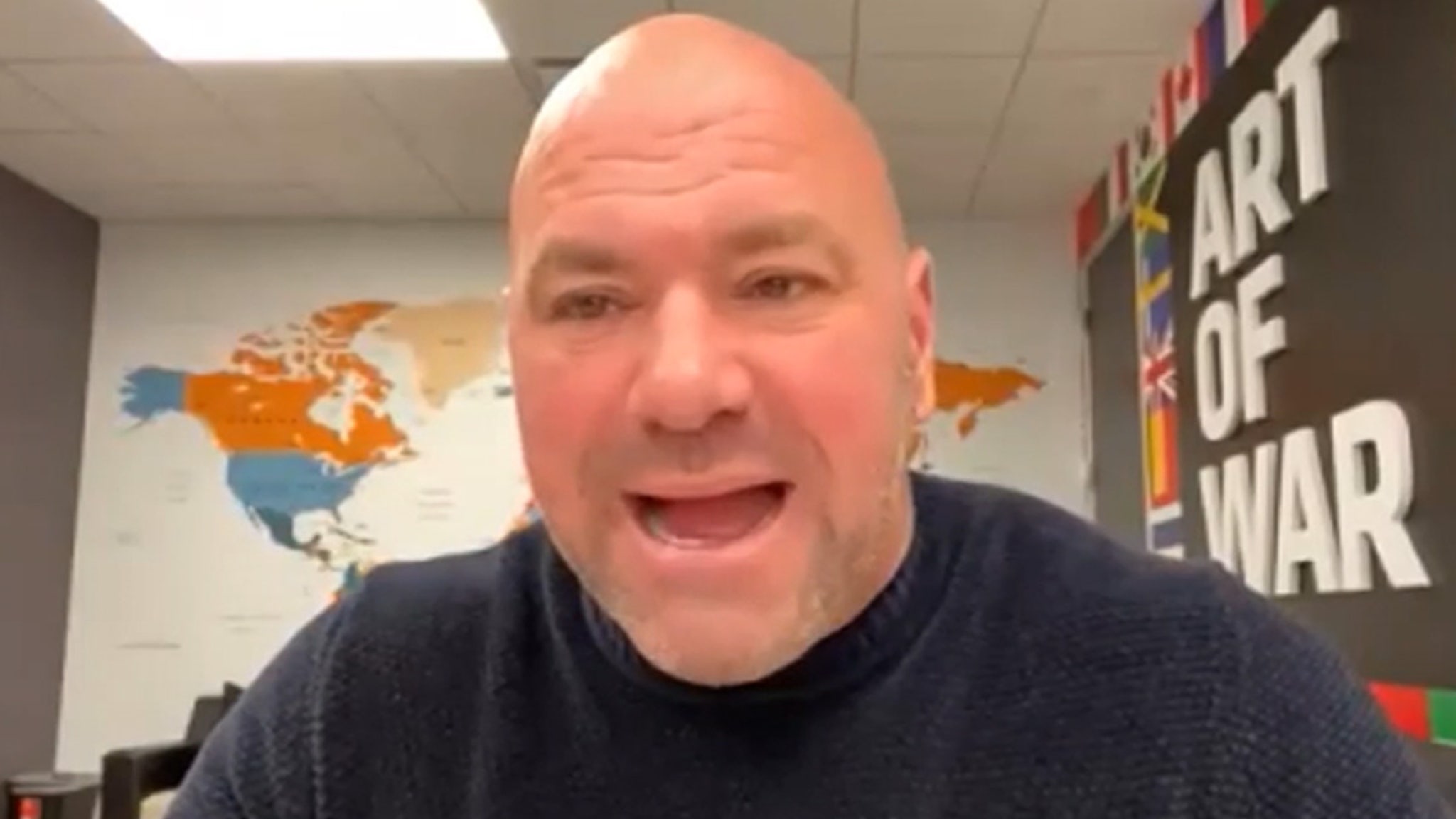 Dana White says Kamaru Usman is quietly becoming one of the greatest UFC fighters ever … and this weekend, he could break one of the organization’s most revered records.

The 33-year-old welterweight champion is gearing up to face his old training partner, Gilbert Burns, at UFC 258 on Saturday in a fight White is VERY excited about.

“Stylistically, this fight is awesome. I’ve been waiting for this fight for so long,” White tells TMZ Sports.

One of the reasons for Dana’s excitement?? Kamaru has a chance to make history.

“Usman is tied with George St-Pierre for consecutive UFC [welterweight] wins with 12. If he wins this weekend, he breaks GSP’s record for 13. He’s on a 16-fight winning streak. This guy has not lost in 7 years.”

It’s true, Usman chalked up his first victory in the UFC back in 2015 and hasn’t lost since — defeating stars like Tyron Woodley, Jorge Masvidal and Colby Covington in the process.

Now, White says Usman has a chance to solidify himself as one of the best ever.

“If he can get through Gilbert Burns on Saturday night, which is gonna be a tough fight, he’s a guy that will just keep grinding and then one day we’re all gonna wake up and go ‘Oh wow!’ We’re all gonna be talking about G.O.A.T status with this guy.”

Of course, Burns ain’t exactly about to roll over — he’s on a 6-fight win streak and he’s super motivated for what he believes is the biggest fight of his life.

“The only thing we don’t know is who used to get the better of who in the gym when they use to train together. That has to have a huge mental advantage during this fight on Saturday night.”

There’s more … we also asked White about Kelvin Gastelum, who’s trying to stop a 3-fight losing streak when he takes on Ian Heinisch this weekend.

Could another loss lead to Kelvin getting cut from the UFC?

“Tell me that last fight Kelvin Gastelum was in that sucked?!” White said … noting his last 3 performances (Israel Adesanya, Darren Till and Jack Hermansson) have been impressive and fun to watch, even though he didn’t get the win.

“Regardless of what happens, this guy is fighting straight killers and I think he still has a lot left. He’s fun to watch fight and we’ll see what happens this weekend but that’s ANOTHER great fight of a card.”