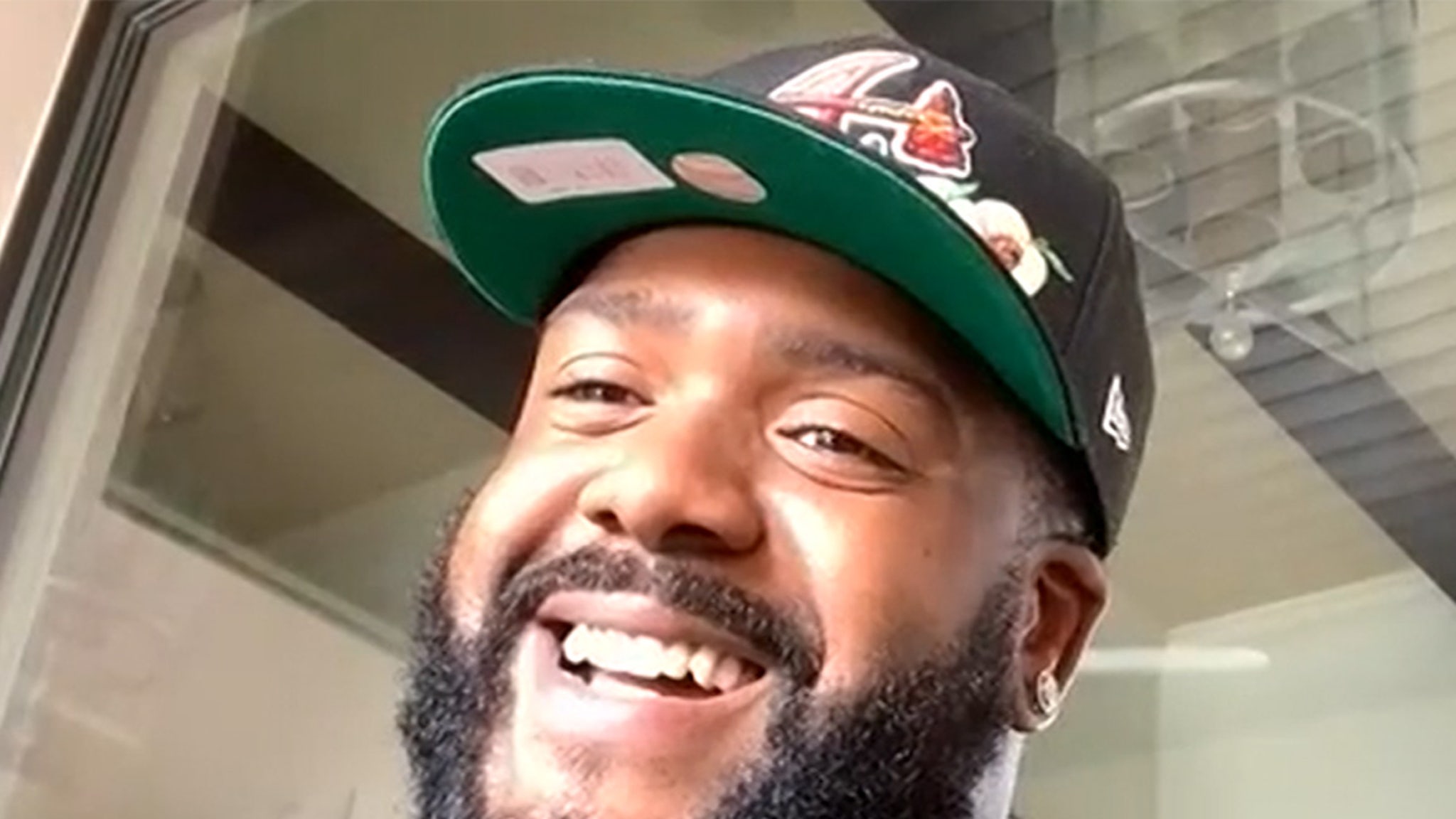 Brady had an absolute blast partying it up at his seventh Super Bowl title parade … throwing the Lombardi Trophy off the back of his boat and appearing to be a little bit tipsy when he got back to land.

I guess his sea legs aren’t what they used to be… pic.twitter.com/44K42bWPMe

But, Smith says the dude deserved to party even HARDER than that if he wanted … telling us the feat Tom accomplished by beating the Chiefs this past Sunday is just that special.

“If my man’s had a couple drinks, he deserves it!” Smith says. “You feel me? We all deserve it! I wish I had one right now.”

Smith says Brady cemented himself as the greatest of all-time with the SB LV win … telling us the guy is definitely in the conversation for best athlete ever, not just NFL player.

“Seven rings — more than any franchise has alone,” Smith said of Brady. “So, he is his own franchise. He’s great, man.”

As for how Smith celebrated his first-ever championship … the 27-year-old told us he’s only slept a TOTAL of 10 hours since Sunday’s game.

The good news, though? Smith tells us it’s all been worth it and then some … saying, “We’re still living it up!”