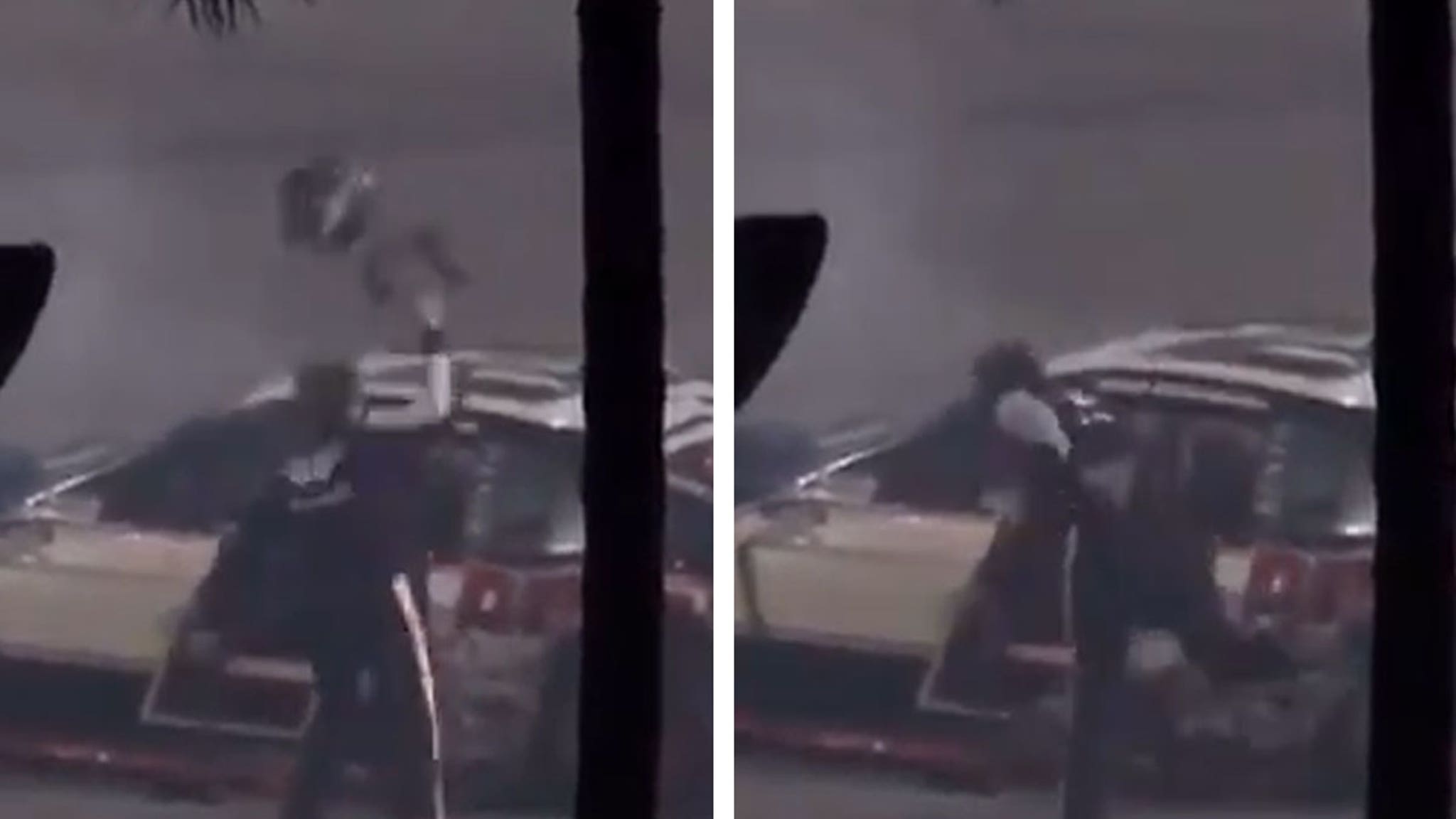 NASCAR star Brad Keselowski went full Myles Garrett on his car after a risky move cost him a chance at winning the Daytona 500 on Sunday … smashing his helmet into his whip following a fiery wreck IN THE FINAL LAP!!!

Here’s how it went down — Keselowski tried to make a move to pass Joey Logano to get into first place. Instead, he clipped the back of his teammate’s car … resulting in a 17-car wreck that caused several drivers to fall out of the race in the process.

Cameras caught Keselowski after the crash … and the dude was straight-up PISSED — he walks away disgusted from his wrecked #2 Ford, then takes off his helmet and smashes it to the ground with smoke coming out of his car.

Keselowski spoke out about the unfortunate ending on Twitter … calling it a “heartbreaker.”

“My body is fine but my heart is broke,” Keselowski said. “Months of studying, months of tremendous car prep from the #2crew & in the perfect position at the end…”

Keselowski told reporters after the race he didn’t regret the move and was just trying to win. “Don’t feel like I made a mistake, but I can’t drive everyone else’s car. Frustrating.”

Teammates Joey Logano and Brad Keselowski wreck on the final lap, and @Mc_Driver is the #Daytona500!CHAMPION! pic.twitter.com/N9E7uANXQl

The wreck is especially sad for Keselowski, since he had the chance to become the second active driver to win NASCAR’s sacred unofficial grand slam … having won the Southern 500, the Brickyard 400 and the Coca-Cola 600.

Once the crash was cleaned up, underdog Michael McDowell went on to cross the checkered flag for his very first NASCAR win. He was previously 0 for 357 until Sunday!!

Shoutout to Michael McDowell for sticking to and getting his first win … and hopefully Keselowski and his car can sort it all out in couples therapy.

Wheels up from @DAYTONA with one extra passenger! 🏆 pic.twitter.com/AHoUl5jsDN