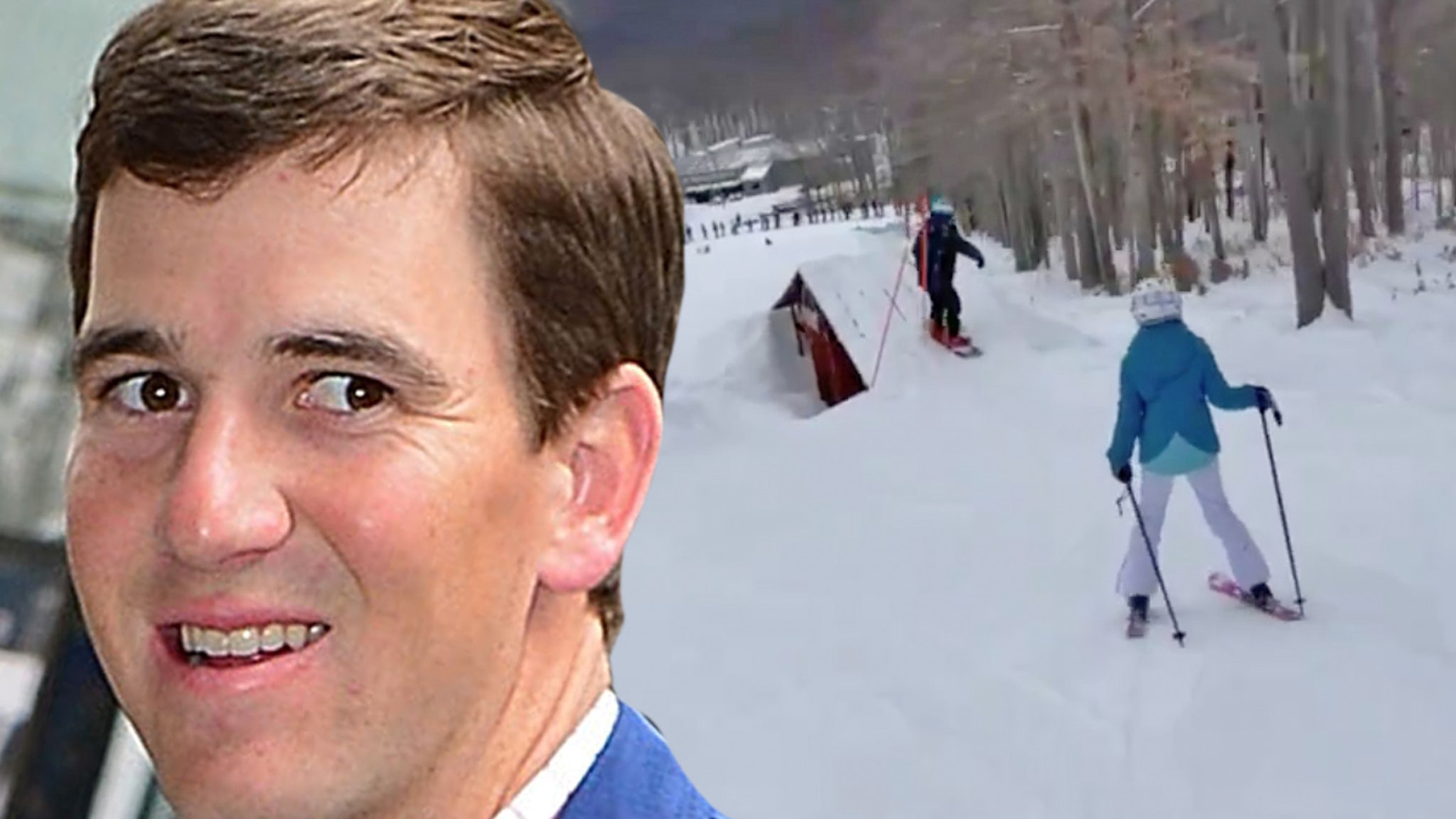 Eli Manning has officially completed his transition from NFL star to clumsy dad … the dude just WIPED OUT trying to ski and film his kids at the same time, and the vid is hilarious!!

Unclear which mountain the 2-time Super Bowl champ was riding on Tuesday … but as he was going down it — he decided getting some footage of his kids cruising would be fun.

Eli caught an edge with one of his skis as he was filming and tumbled to the ground.

Don’t worry, Manning was OK … which makes the clip hilarious — especially because you can hear him begin to scream “Oh shoot!” right before he fell!

In the video, Manning told a concerned witness he was fine … and he later wrote as a caption on the clip, “This is what happens when I try to ski and film my kids at the same time.”