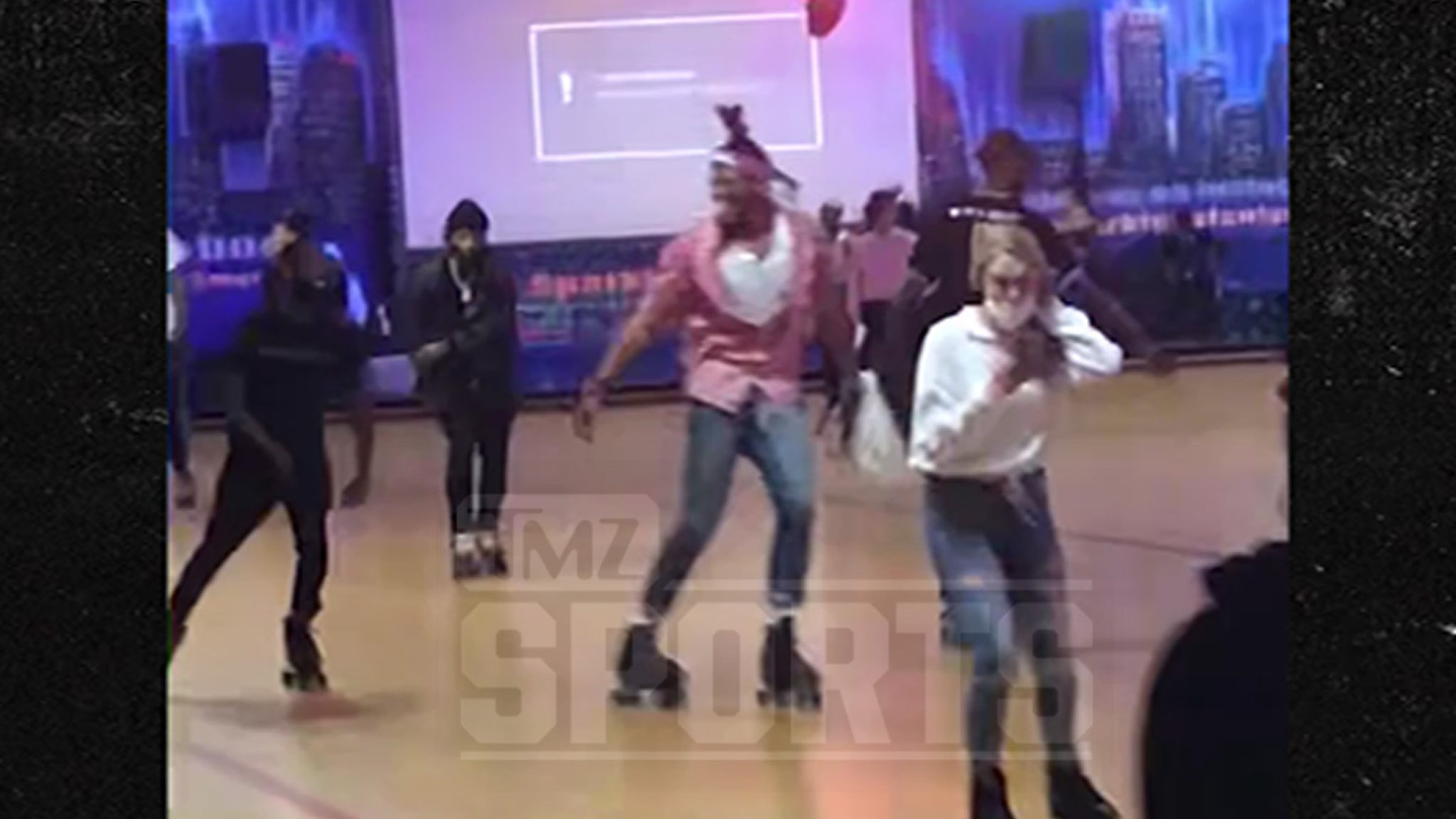 You knew Cam Newton could dance … but did you know he could dance AND skate at the same time?!?!

It’s true … TMZ Sports has obtained video of the NFL star tearing up the floor at a Georgia roller rink over the weekend — AND THE FOOTAGE IS AMAZING!!

The 31-year-old New England Patriots quarterback hit up Sparkles in Smyrna, Ga. with his family for Valentine’s Day … and he wasted no time getting his groove on.

We’re told Cam — in a loud pink jacket and skinny jeans — brought his own skates to the rink … strapped them up and cut a rug all over the place all night long!!

Check out the clip … Cam is seriously incredible on the skates — weaving in and out of people like he’s on the football field!

Here’s a Cam Newton run for the ages, but let’s focus on @CutToIt for a minute.

That’s some hard-hat, lunchpail blocking down the field. Everybody knows about his numbers. This is the type of play that defines a pro.

One witness tells us Newton was SUPER friendly, too … taking selfies and chatting away with the rest of the skaters.

FYI — we’re told Cam does this pretty often, with one witness saying they spotted him out skating at a different Georgia rink just a few nights prior.

Unclear what the former NFL MVP’s football future is … but damn, “Dancing with the Stars” execs, get him on the show ASAP!!!