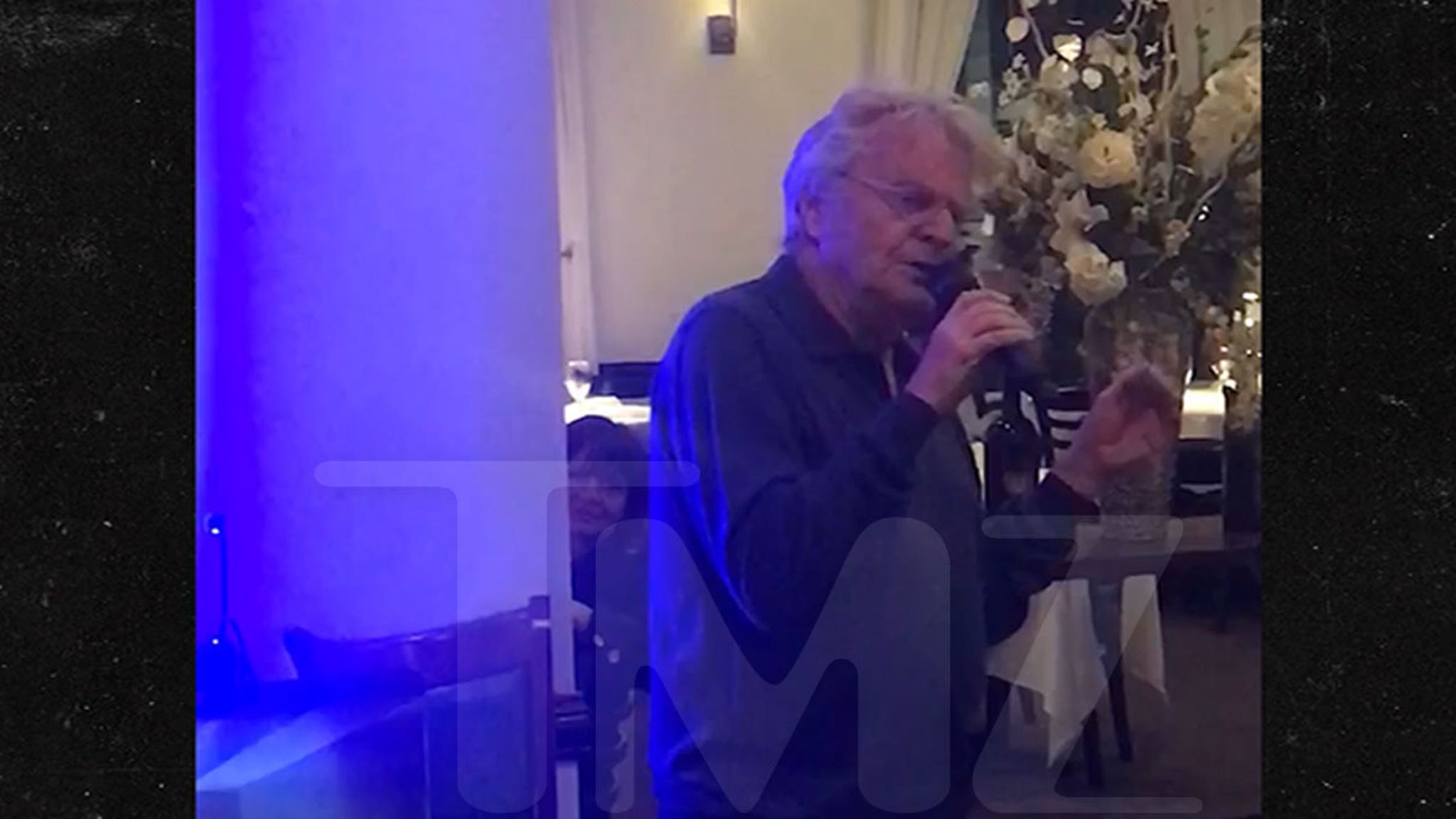 Jerry Springer revisited his pre-pandemic tradition of singing a famous Elvis tune for the King’s birthday — albeit a couple months late … but still as incredible as ever.

The famed talk show host popped into Matteo’s Trattoria Saturday night in Boca Raton, FL — where he and a group of pals were sitting near a makeshift stage … where management had booked a singer for the night to croon to old-timey songs, like Sinatra and whatnot.

We’re told that toward the end of the guy’s set and as it was nearing closing time, Jerry got up and spoke with the singer … and then got on the mic himself to belt out EP’s ‘Love Me Tender.’ As he sang, the crowd hooted and hollered … clearly impressed with his pipes.

While the crowd might’ve been surprised over Jerry’s smooth, silky voice … it’s actually nothing new. The guy stays singing ‘LMT’ … or at least he was for years in honor of Elvis’ birthday, Jan. 8. He did it back to back in 2016 and 2017 at the same joint in Dallas.

Looks like he took his show on the road this time around … and got to flex in the middle of the pandemic. As you know, restaurants are opening up all over the country — so that might be why we hadn’t seen this in January … when JS usually pays tribute.

Good to see ya back on the stage, Jerry … Jerry, Jerry!