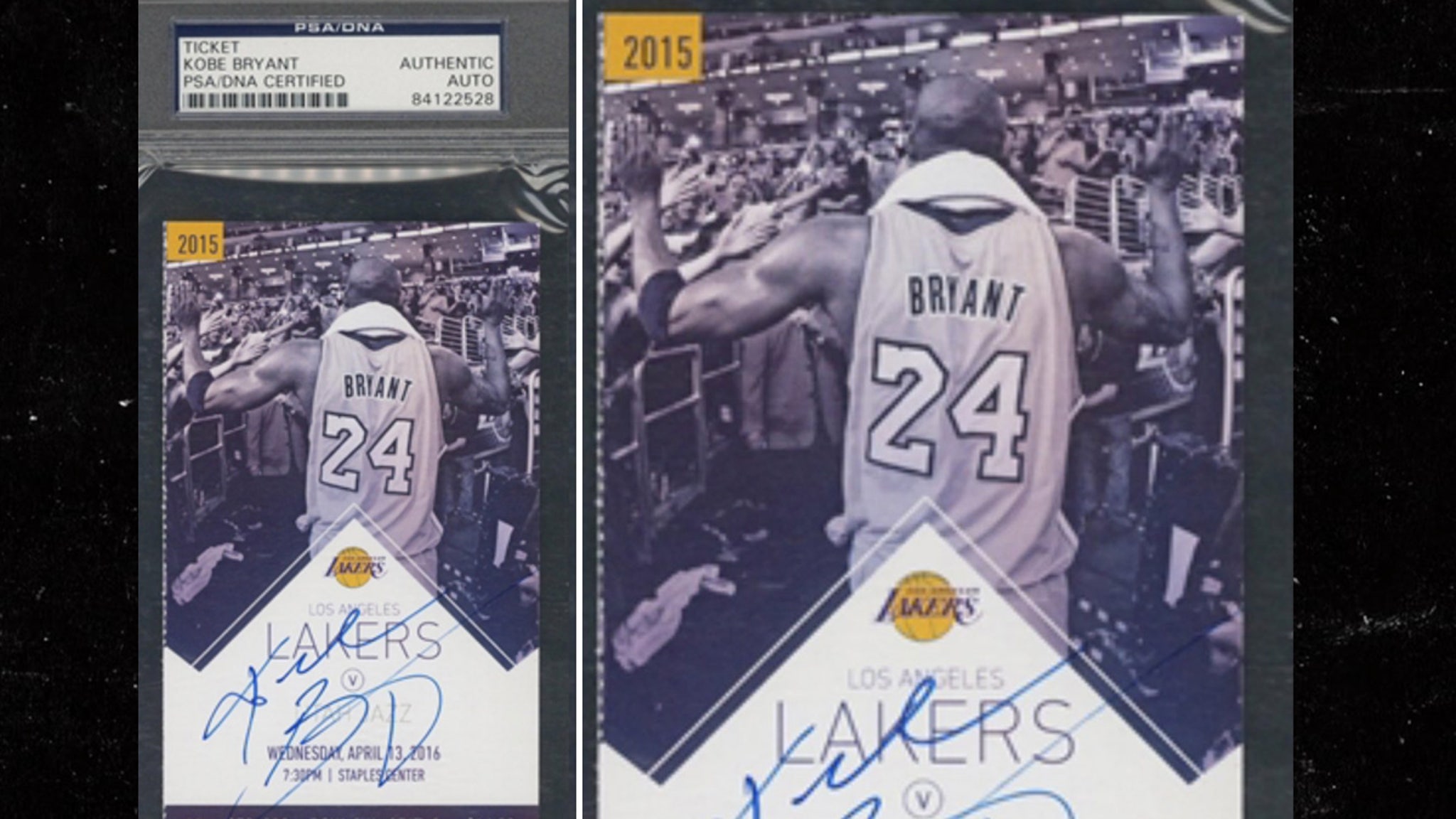 A signed ticket from Kobe Bryant’s epic last NBA game ever — when Mamba dropped 60 points — just sold for over $40K at auction!!

The April 13, 2016 game will never be forgotten … Bryant had one of the greatest final performances in sports history.

Then 37-year-old Mamba single-handedly delivered his Los Angeles Lakers team to victory over the Utah Jazz — scoring 15 of the team’s final 17 points.

Kobe — who knocked down big shot after big shot — finished the game with 60 points … capping off his 20-year, Hall of Fame career.

The identity of the buyer is not known.

What’s interesting … the Staples Center attendance for Kobe’s last game was listed at 18,997. Now, all those tickets obviously weren’t adorned with Kobe’s signature.

But, gotta figure a whole bunch of people are thrilled to see the ticket sell for the price of a nice car.