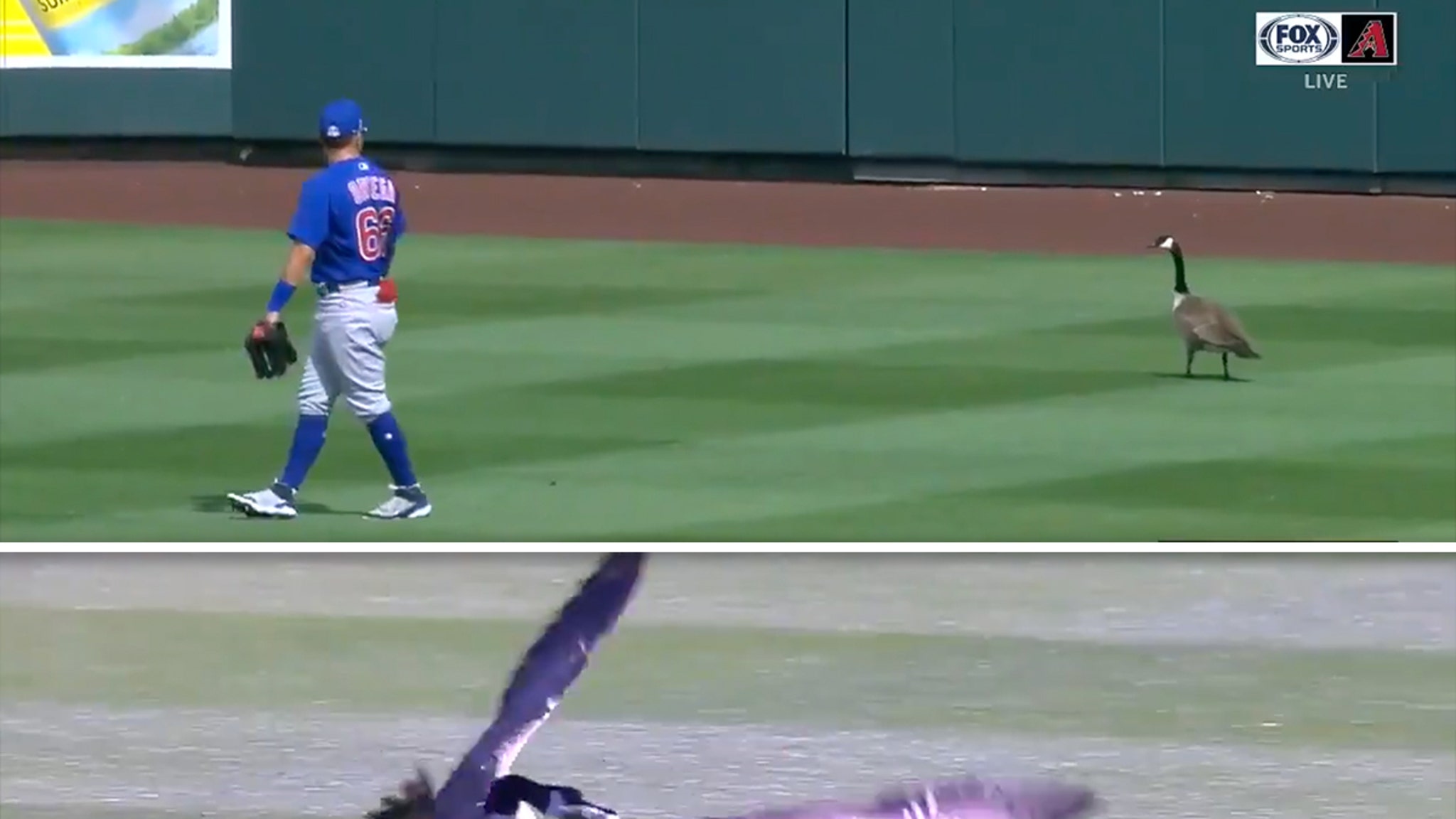 An MLB spring training game featured all of the above on Sunday … and the video from the diamond was wild!!

During Chicago’s tilt with Arizona at Salt River Fields in Scottsdale, Ariz. … some geese decided to crash the party in the outfield, and one of the birds bit the hell out of another!!

There is just something about @Dbacks and birds.@Cubs outfielder Rafael Ortega should most definitely WATCH HIS BACK.

Check out footage the Diamondbacks’ broadcast team shot … you can see a goose flew at another and ripped feathers straight out of its backside.

Later in the game, a goose plopped down next to Cubs outfielder Rafael Ortega … and, given the events that had taken place earlier, you can tell the dude wasn’t exactly thrilled to have the bird so close to him!!

Of course, spring training and uninvited feathered friends aren’t exactly new … remember when Randy Johnson drilled a dove with a fastball in 2001??

Yeah … take note, geese, and stay in the outfield!